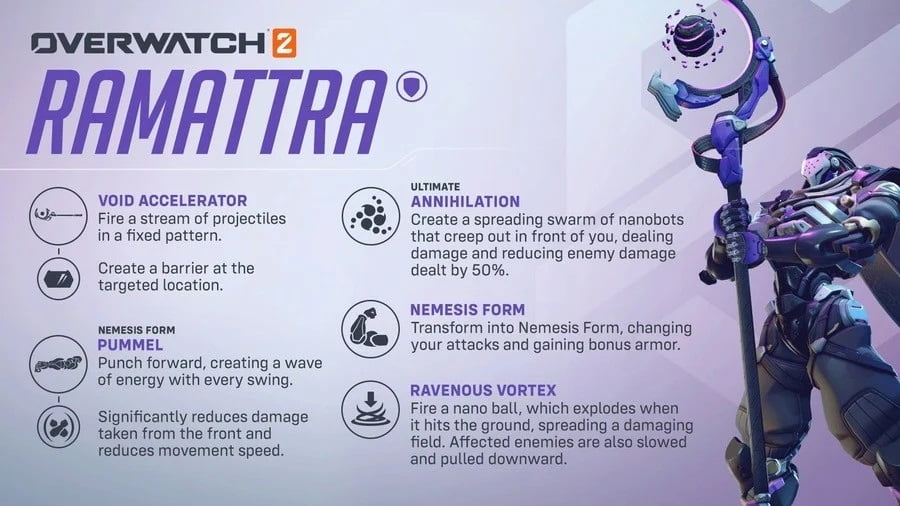 If you still play Blizzard’s free-to-play game Overwatch 2 regularly, you might be interested to know that there will be a double XP event this weekend, from November 24 to 28.

Also, on November 26, Blizzard will show a “first-look gameplay trailer” for Ramattra. This will offer players the two different forms of the hero, Omnic and Nemesis, giving them more options for protecting their teams. Next month, on December 6, Ramattra will join the group:

Previous articleHope for people with motor disabilities.. A wheelchair you control with your mind!
Next article"Nanomedicine 50,000 times smaller than an ant delivers treatments directly to tumors!