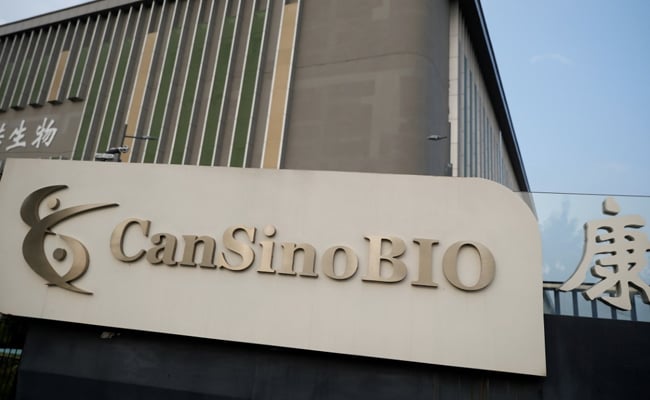 A logo of China’s vaccine specialist CanSino Biologics Inc is pictured on the company’s headquarters.

A private company in Pakistan will begin receiving shipments of China’s CanSino Biologics COVID-19 vaccine this week for commercial sale, an official at the company’s local partner told Reuters on Monday.

Pakistan, one of the first countries in the world to allow private imports of COVID-19 vaccines, has already received a batch of the Russian Sputnik vaccine.

“The issues with pricing have been worked out with the government and now we are waiting for a notification.”

The vaccine’s commercial name will be “Convidecia”, Abbas said, adding that five hospitals that ran its clinical trials will provide its doses for sale.

Pakistan is in the process of vaccinating frontline healthcare workers and citizens over the age of 60 free of charge using Sinopharm doses donated by China.

The commercial administration of vaccines is yet to begin as the government settles pricing issues, after reversing its decision to allow uncapped prices.

The government has approved a mechanism to fix open market prices for the vaccines, according to a health ministry summary seen by Reuters.

The prices have been capped on the basis of the approved mechanism, it said.

However, the minister in charge of COVID operations, Asad Umar, told a local TV channel that according to the mechanism, the trade price for an imported vaccine will add 40% mark up in the landed cost, with another 15% for retailers or hospitals.

CanSino Biologics and Pakistan’s Health Minister Faisal Sultan did not immediately respond to requests for comment.

Pakistan is experiencing a sharp rise in COVID-19 infections, reporting on Saturday the highest number of positive cases in a day since July.