A candidate from Kamal Haasan’s Makkal Needhi Maiam in Tamil Nadu has been running a “hyperdigital” election campaign after he contracted the coronavirus earlier this month. Under home quarantine, Dr Santhosh Babu, who is contesting Chennai’s Velachery seat, is making full use of technology as he gets his message across to voters using laptops, mobile phones, volunteers, PowerPoint presentations and pamphlets with QR codes.

Mr Babu, who had spent eight days in hospital, remains online for over 12 hours every day.

“I had a severe headache the day I filed my nomination papers and subsequently tested positive. After two days, my wife also tested positive. So, we spent 8 days in a hospital,” Mr Babu, a former IAS officer, said.

“Unfortunate for me, I am not able to meet up with my voters. So, we are trying the second-best way possible, that is digital campaign, which obviously cannot replace a physical campaign,” he added.

Mr Babu’s campaign team has adopted an innovative strategy. A team of almost 200 volunteers, armed with gadgets and the Internet, are meeting people and seeking votes on his behalf. He listens to the grievances of people of the constituency via video and phone calls. 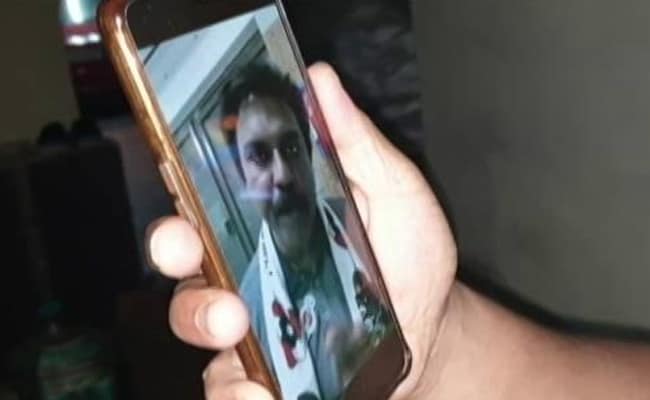 “We will vote for you… we have a water problem, so please solve that once you are elected. That is our only expectation from you,” a voter told Mr Babu.

One group of women said they would vote for him since they are the fans of actor-politician Kamal Haasan.

“My teams are out there distributing pamphlets that have QR codes that link to my personal website santoshbabu.org or Velachery website created along with my friends in the UK. We are the only ones to present detailed plans, ward wise. We also go live on Facebook, Instagram etc… we keep talking to people… close to 12 hours, I am online, connecting, sending WhatApp messages, creating content,” he says.

Mr Babu, a former IAS officer, used to work as the principal secretary, in-charge of Tamil Nadu’s Information-Technology department. He is the brain behind the predictive governance and paperless administration proposed by Mr Haasan’s party.

“I have not worked in Velachery, but I showcase the work I have done in my 25 years in government,” he said.

Mr Haasan has released a video in his support, saying Mr Babu had done exemplary work as an officer. “When he got sick of corruption in the government, he stepped out,” he said.

How are people reacting to this unique campaign? “They are a little perplexed initially but then are a little sympathetic and empathetic,” Mr Babu says .

Tamil Nadu will vote in a single phase on April 6. Counting will take place on May 2.

Previous articleChina reveals the results of the corona source investigation ahead of the world health report
Next articleBahrain GP: Red Bull on top as Max Verstappen seals practice double in P2 ahead