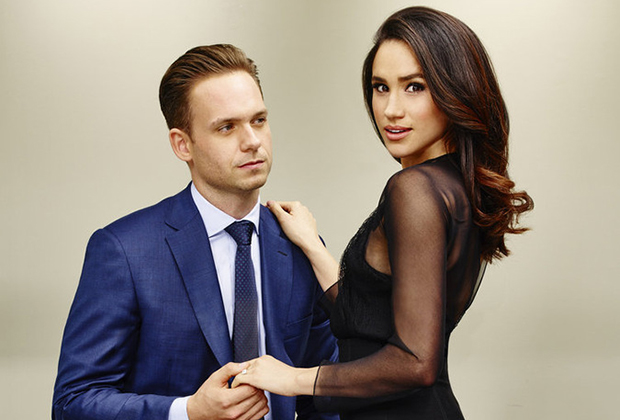 Amid allegations that Meghan Markle, Duchess of Sussex, bullied members of her staff while part of the British royal family, Markle’s former Suits co-star Patrick J. Adams has come to her defense.

In a series of pointed tweets on Friday, Adams called the royal family an institution “that has outlived its relevance, is way overdrawn on credibility and apparently bankrupt of decency,” while describing Markle as “a powerful woman with a deep sense of morality and a fierce work ethic.”

As he recalled their time on Suits together — they played love interests Mike Ross and Rachel Zane, with Markle departing after Season 7 — Adams said Markle was an “enthusiastic, kind, cooperative, giving, joyful and supportive member” of the Suits family, and she “remained that person” even after gaining new fame in her relationship with Prince Harry.

On Tuesday, the British Times reported that Markle had faced a bullying complaint from one of her close advisors, press secretary Jason Knauf, who alleged that Markle’s treatment of staff while at Kensington Palace drove two personal assistants out of the household. According to the report, Knauf said that Markle had humiliated staff members, subjecting them to “emotional cruelty and manipulation,” among other alleged behavior.

British newspaper The Daily Mirror has since reported that at least 10 royal aides who worked for the Duke and Duchess are planning to cooperate with an investigation into the claims, which was ordered by Queen Elizabeth II. “The Royal Household has had a Dignity at Work policy in place for a number of years and does not, and will not, tolerate bullying or harassment in the workplace,” Buckingham Palace said in a statement about the allegations, while a spokesperson for Markle said the Duchess is “saddened by this latest attack on her character, particularly as someone who has been the target of bullying herself.”

Continuing his defense of Markle (who is currently pregnant with her second child), Adams said he was “sickened” by the British media’s “endless racist, slanderous, clickbaiting” treatment of her, adding that “it’s OBSCENE that the royal family, [whose] newest member is currently GROWING INSIDE OF HER, is promoting and amplifying accusations of ‘bullying’ against a woman who herself was basically forced to flea the UK in order [to] protect her family and her own mental health.”

“Find someone else to admonish, berate and torment,” Adams concluded. “My friend Meghan is way out of your league.”

Suits creator Aaron Korsh also vouched for Markle in a tweet on Friday: “Meghan Markle is not a monster. She’s a strong woman with a kind heart who’s trying to make her way in an unimaginable situation,” he wrote. “I don’t know the specifics of some incident from years ago but if late night emails makes you a horrible person, then I’m going to hell 50 times over.”

The claims against Markle come just days before she and Prince Harry will speak with Oprah Winfrey in a CBS primetime interview, airing Sunday, March 7 at 8/7c.

Previous articleHere’s How to Watch ‘Raya & the Last Dragon’ For Way Cheaper than Disney+’s Current Price
Next articleUK .. Police in Wales are dealing with a serious security incident that has left victims with allegations