Patrick played Mike Ross, the main character in the hit legal drama and the love interest for Meghan’s Rachel Zane. The two characters finally married in the season seven finale, which aired just months before Meghan’s real-life marriage to Prince Harry. They have remained friends over the years, with Patrick publicly defending Meghan against online attacks.

Two years ago, he spoke out about his former co-star while at the Good for a Laugh benefit with his actress wife Troian Bellisario.

The pair welcomed their first child, a baby girl, in October 2018, seven months before Archie was born.

Patrick joked that he would definitely be happy to have a playdate with the two children, but joked that they should do it at Meghan’s house.

He said: “Maybe at her house, it’s a little bigger.”

.Gina Torres is no longer in touch with Suits co-star Meghan Markle 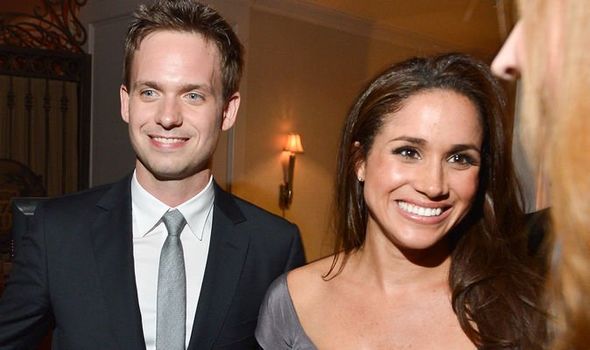 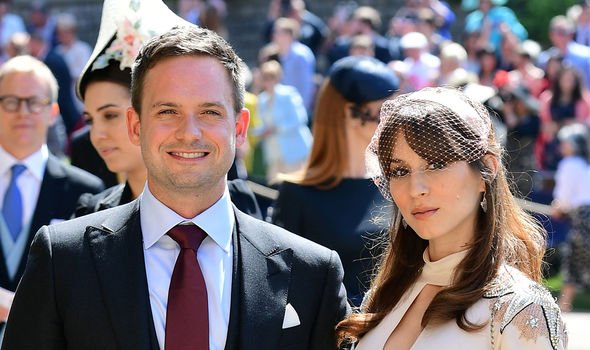 The actor went on to express his complete confidence that Meghan would be a fantastic mum.

He added: “We’ve shared exactly zero tips with her, because I don’t think Meghan needs any tips about anything.”

Also at the benefit was their other co-star Sarah Rafferty, who played Donna in the series.

Sarah was a guest at Meghan’s New York baby shower and was asked about it on the red carpet at the benefit. 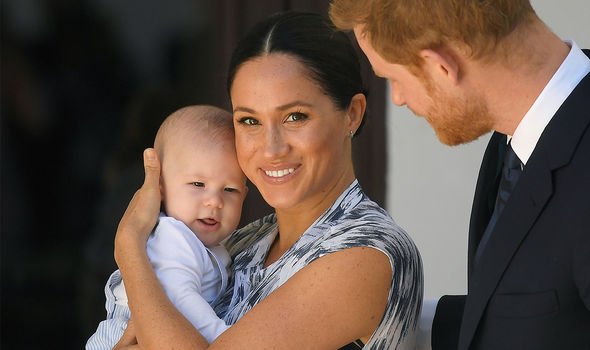 Meghan and Harry with their son Archie (Image: GETTY)

Not giving too much away, she simply said: “It was just very exciting.”

Meghan’s baby shower was held at The Mark Hotel in Manhattan and was also attended by another Suits cast members, Abigail Spencer. 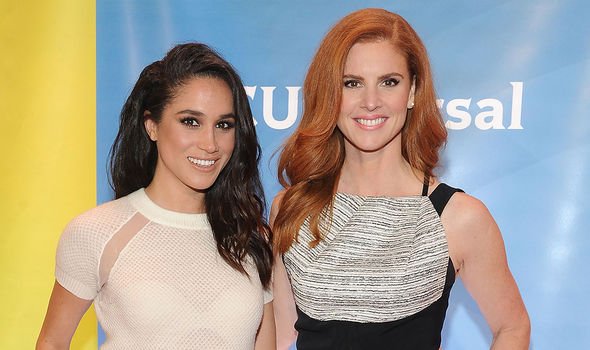 He described Meghan as “kind” and supportive” and slammed the Royal Family for “promoting” the accusations of bullying.

The Suits star wrote on social media: “Meghan Markle and I spent the better part of a decade working together on Suits.

“From day one she was an enthusiastic, kind, cooperative, giving, joyful and supportive member of our television family.

“She remained that person and colleague as fame, prestige and power accrued.”

He added: “It’s obscene that the Royal Family, whose newest member is currently growing inside her, is promoting and amplifying accusations of ‘bullying’ against a woman who herself was basically forced to flee the UK in order to protect her family and her own mental health.

“[In my opinion], this newest chapter and its timing is just another stunning example of the shamelessness of [an] institution that has outlived its relevance, is way overdrawn on credibility and apparently bankrupt of decency.”

He concluded that Meghan is “way out of your league”.

Patrick’s wife Troian is famous for starring in the show Pretty Little Liars.

According to ‘Meghan: A Hollywood Princess’, Patrick won her back after a break-up by getting himself a small part in the show and surprising her on set.

Previous articleSudan .. The army locks up die Streets to their headquarters in Khartoum
Next articleAyushmann Khurana posted a video from the balcony of a table