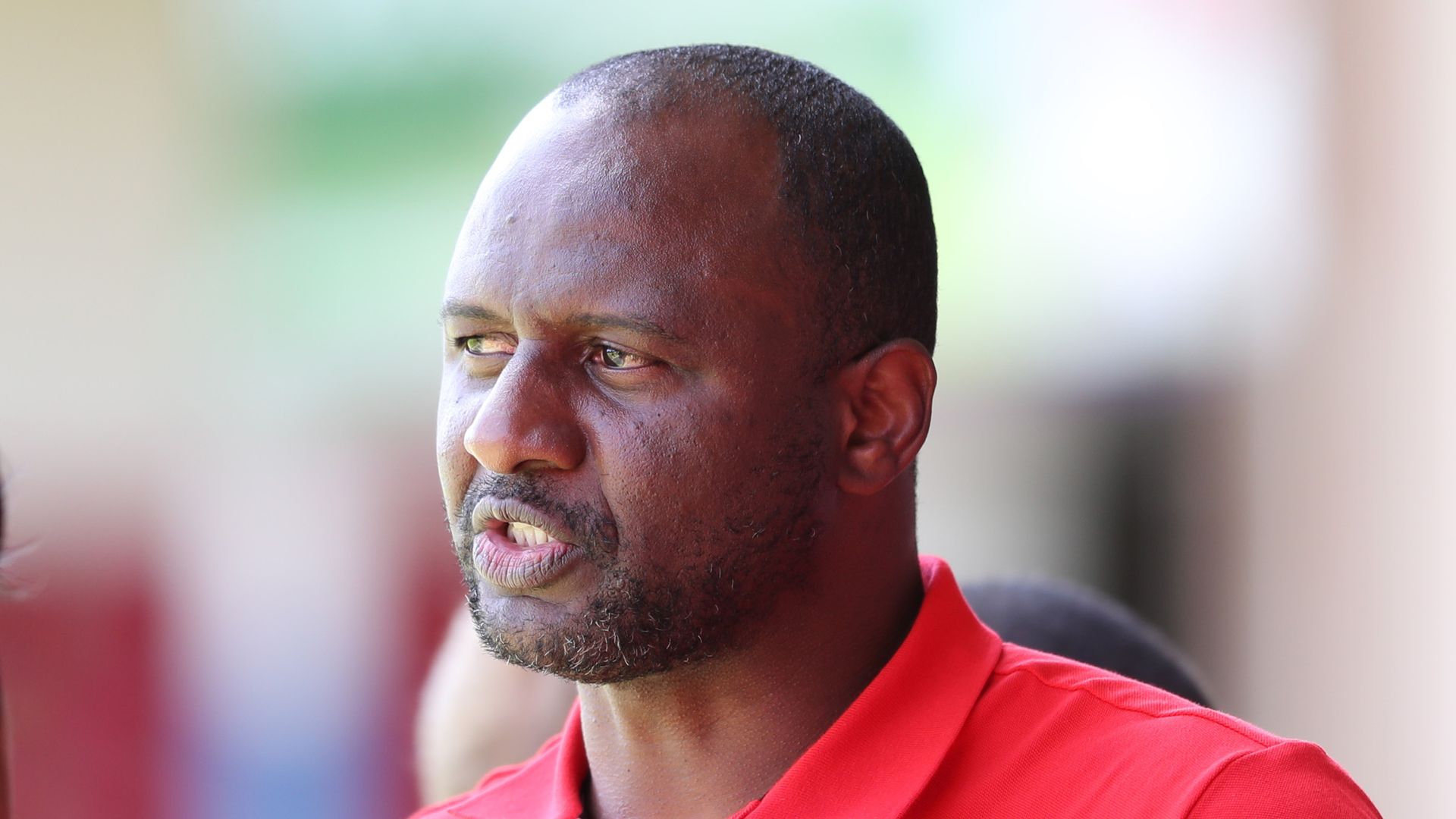 New Crystal Palace manager Patrick Vieira is using double training sessions to help speed up the process of implementing a different style of play at the club, defender Martin Kelly has revealed.

The former Arsenal captain is looking to make the Eagles more possession-based, in contrast to the pragmatic approach of predecessor Roy Hodgson, who stepped down after four years at the helm in May.

Vieira has had a positive impression on the squad during his first few weeks in charge and made his fourth signing on Wednesday when centre-back Joachim Andersen joined on a five-year deal from Lyon for an undisclosed fee.

Kelly said: “Pre-season has been really good. It has been a boost for everyone, like the young lads coming up and training with us, so it has been a good time.

“It was good to go to St George’s and use their facilities and be together for near enough a week, with all the new staff. We have been working a lot with the gaffer on his tactics.

“Sometimes we’ve been doing double days, morning and afternoon, to try and help us get used to the style of play we’re asking for.”

Andersen’s addition coupled with the transfer of fellow ball-playing defender Marc Guehi from Chelsea earlier this month are obvious signs of the direction Vieira is keen to go in.

During Palace’s three friendly fixtures so far, a clear attempt to keep the ball more and move away from counter-attacking football has been evident despite Hodgson producing impressive consistency at SE25 to extend the club’s stay in the top flight to nine consecutive seasons.

Centre-back Kelly added: “We are in the Premier League, it is the toughest league in the world, we know that. We’ve had a lot of change this summer so it’s about the hard work off the pitch and behind closed doors that we’ve got to do.

“We have to be on board with each other and stick to the game plan then hopefully we give the fans want they have been wanting at Selhurst for the past few years which is to be entertained because they deserve it.”

Hodgson was one of several notable departures this summer with nine first-team players moving on and left-back Patrick Van Aanholt the latest to find a new club on Wednesday when he joined Galatasaray.

A degree of patience will be required with this Vieira’s first managerial role in England after spells with New York City and Nice and a tough set of opening fixtures.

“I think most people will understand that we have had a change of manager so with that comes a change of formation, style of play and players in a new role,” Kelly said.

“We have players we have bought from the Championship who are coming up to the Premier League so that is a different test in itself.

“But we have got to trust what we’re doing, keep working as hard as we are and understand it is a learning process that we are going through but one we are all doing together so we’re all on board and we will enjoy it.”