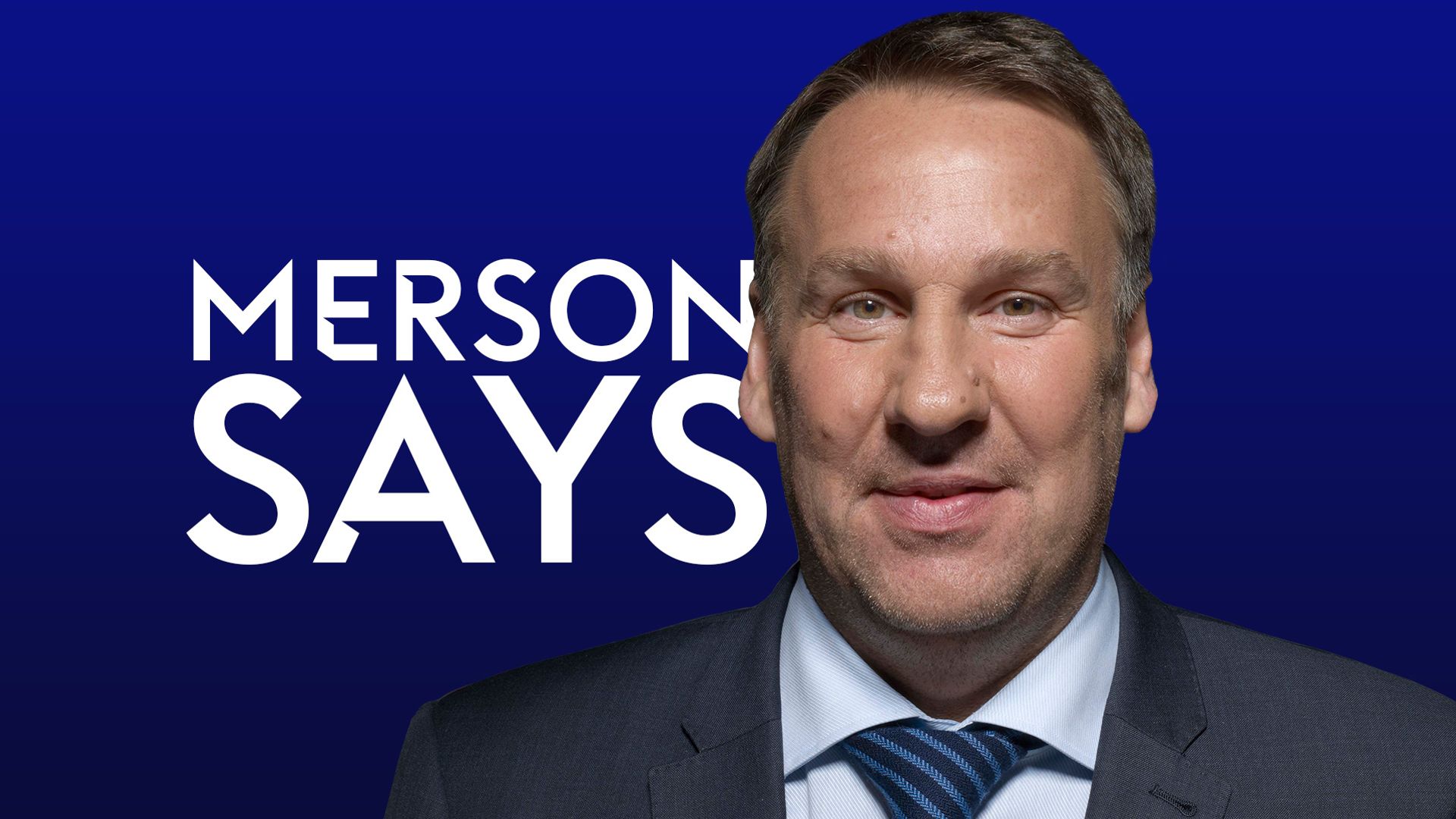 England can win Euro 2020 if they can bring their Premier League pace to the tournament but their warm-up friendlies were a “waste of time”, says Paul Merson.

Second favourites England start their tournament against Croatia on Sunday, and come into the tournament on the back of two underwhelming warm-up friendly victories over Austria and Romania.

The magic man, who represented England at Euro 1992 and World Cup 1998, told Sky Sports what they need to do to keep up their bright record in home tournaments, and put behind their memories of a dismal exit to Iceland at the last European Championships five years ago.

We have to play at a tempo. If we play like it’s the Premier League, like Man City and Chelsea did against Real Madrid, Atletico Madrid, PSG, they cannot live with it, the other countries.

That is why everybody around the world wants to watch the Premier League. It is a hundred miles an hour, there’s a shot at one end, a corner at the other 30 seconds later, we have to play that way. What I have found in the last couple of games, is we kick-off, and then play the Fulham way! We roll the ball back to the centre-half, he takes one, two, three touches, he rolls it across to the next centre-half, he rolls it back to the goalkeeper, and we are playing the Fulham way. If we do that, we have not got a chance, not a chance.

We have to close down from the front, play with pace and energy, and we will walk it. Over 90 minutes, of that many games of a tournament in a month, we would blow teams away. The Scotland game might suit us, it will be like a Premier League game. They are not going to mess about rolling out from the back, but Croatia are going to let us pass it around all night long if we want.

Gareth’s tried to get his team full of pace and energy. It was not long before Wayne Rooney was out, not because of his talent, because of his age. He has got that pace and energy in now. If he is not going to play that way though, Wayne Rooney could still be in! No one’s got better vision than him, we saw it the other day with (James) Ward-Prowse, he can spray the ball all over the place, but we have to play at a high tempo.

I do not think it is Gareth slowing it down, I think it is the players. You heard the other day he went mad at the players not closing down, and the second half was much better, we went after them and they could not cope. I know how Gareth wants to play, it’s the players playing safe, not wanting to give the ball away, let someone else give it away. If that happens, we will be chasing shadows.

Semi-finals or bust for Southgate?

The pressure’s only on because we have got a good squad. Do not let anybody tell you otherwise, this team’s expected to deliver, it is expected. It’s how they handle that. If you get off to a good start, it’s confidence. I have seen the best players in the world struggle with confidence, then it gets hard. If we start badly, then it’s a roll-on.

You do not want to be playing pressure football losing 1-0 to Croatia, and then all of a sudden the Scotland game is a cup final, going into that under severe pressure where they have got nothing to lose and we have got everything to lose. That’s dangerous football.

Gareth’s under severe pressure too. At the World Cup, no one was expecting much, and this team’s got so many good players in it, whoever he does not pick, he’s going to get it wrong. If we play Croatia and draw 0-0 and Grealish or Rashford do not play, people will say why didn’t those two play? If they do play and we draw 0-0, people are going to say why didn’t Sancho or Sterling play, they are natural wingers. It’s a hard one.

We have got to get to the semi-final, at least, for me. We are at home, every game is at Wembley if we win the group, it’s such an advantage. We go on about this team, it’s got experience, it’s got youngsters, it’s got to be minimum semi-finals. Every nation does well when they host, really. Remember South Korea getting through to the semi-finals in 2002?

Warm-ups ‘a waste of time’

Being honest, I thought the two friendly games were an absolute waste of time. I am watching a team that’s not going to be the team, so what’s the point? Don’t play them. They might as well have a couple of games between themselves. You are playing all the players who are going home anyway, so it seemed like a total waste of time.

Unless you are playing the team, getting patterns, even 45 minutes just to see how it’s working, at least in training you can then show them where they went wrong or whatever. But that team on Sunday, you are just throwing them out. He will know his team, do not get me wrong, but they have not played together for a while. It just felt like a waste of time.

You have got to look and think they have not all played together for a long time; you are throwing a team out against Croatia, they played theirs virtually against Belgium in their last friendly. A lot of their big guns played, and why not? That’s my only problem, you put this team together on Sunday, is it going to be rusty, is it going to flow? That’s the problem. It’s going to be boiling hot, and Croatia will keep the ball as well as anyone on their day.

It seemed from a distance, it was like the players who were playing, were thinking ‘I’m playing in this game, so I’m not going to be playing against Croatia’.

Ward-Prowse was the bang unlucky one. He could not go over (Ben) White, because you have a look and think how near is (Harry) Maguire, it’s a gamble, and the other reason is (Tyrone) Mings was that bad, you had to take him! I’m not being horrible but he did not play well, he was shaky in both games. You look and think I have got to take another defender, just in case.

Ward-Prowse was unlucky, out of everyone he can pass a ball, get it moving, move it quickly, he plays exactly like he does for Southampton when he plays for England, which too many other players do not.

US Open: Three significant storylines to keep an eye on at Torrey Pines | Golf

Previous articleVirender Sehwag writes to Nawab Pataudi, Sunil Gavaskar and Kris Srikkanth. to for help him become a better hitter
Next articleThor Love and Thunder: Tom Hiddleston on variant Loki’s future with Thor