Friday Night Dinner actor Paul Ritter died at home last night aged 54 with his family by his side. Tributes have flooded in for the late Harry Potter cast member and now his co-star Tom Rosenthal, 33, has shared his memories of him in a thread of tweets.

In view of his 117,000 followers, he began: “Thank you for all your messages, they’re a testament to how great an actor Paul was and how many lives he touched.

“He was the most devastatingly intelligent and conscientious person with an unmatched crossword acumen and an incredible memory.”

Tom added: “If he met you once I swear he knew your name for life.

“Luckily for us he turned such a wonderful mind to bringing life to Martin Goodman for whom he would do whatever it took to make us laugh.”

.Cher apologises for ‘not appropriate’ tweet about George Floyd’s death 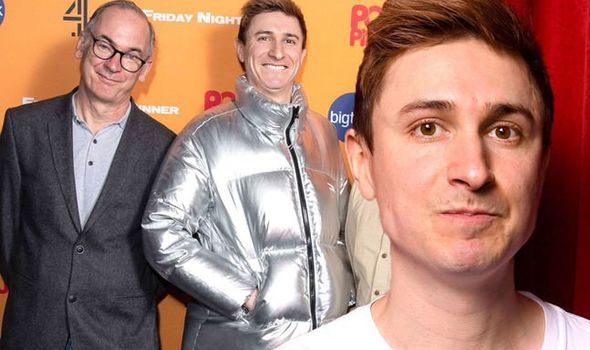 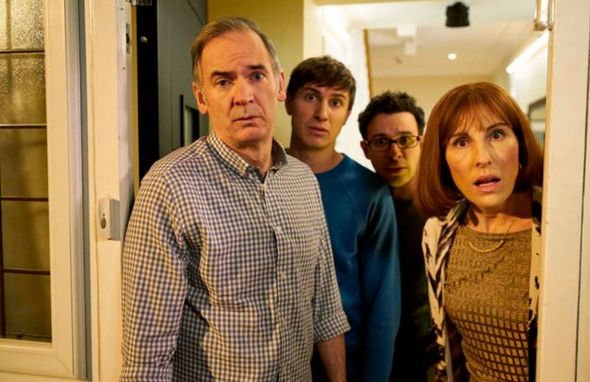 Discussing their time working together, the actor went on to say he had never heard Paul complain despite “the amount of s**t we put him through”.

“I’ll be forever thankful for working with someone who was so supportive and who taught me so much about professionalism and humility in acting,” he added.

Tom concluded: “It was a total pleasure, an honour,” followed by a picture of his on-screen dad.

The actor starred as Jonny Goodman in the Channel 4 sitcom alongside on-screen brother Adam, played by Simon Bird.. 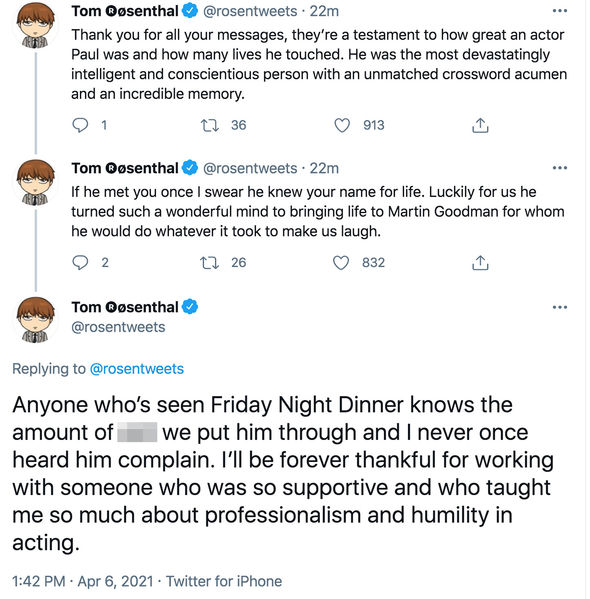 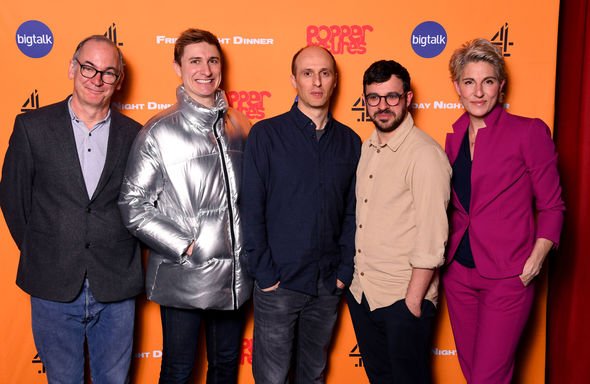 Tributes have flooded in for Paul Ritter who has died aged 54 (Image: GETTY)

Paul portrayed their dad Martin and the husband of Jacqueline “Jackie” Goodman (Tamsin Greig), the matriarch of the family.

The late actor also had roles in the films Quantum of Solace, Son of Rambow, Harry Potter and the Half-Blood Prince and The Eagle.

As well as this, he starred in Vera, The Hollow Crown, The Last Kingdom and Chernobyl.

A statement was released to confirm the news of his death today.

His agent said: “It is with great sadness we can confirm that Paul Ritter passed away last night.

“He died peacefully at home with his wife Polly and sons Frank and Noah by his side. He was 54 and had been suffering from a brain tumour.”

The added: “Paul was an exceptionally talented actor playing an enormous variety of roles on stage and screen with extraordinary skill.

“He was fiercely intelligent, kind and very funny. We will miss him greatly.”

Other stars and fans of Paul have paid tribute on social media today.

Comedian Rob Delaney commented: “Knocked it out of the PARK in Chernobyl. Watching it I consciously thought, ‘Oh, we have a new movie star’.

“Between that & how funny he was in Friday Night Dinner… just unreal talent. Rest in peace, Paul Ritter.”

Channel 4 wrote: “We are so saddened to hear of the loss of one of our favourite actors Paul Ritter. Our thoughts are with his family, friends and colleagues.”

Actress Nicola Coughlan added: “So, so sad to hear this. I was such a fan of Paul Ritter he was absolutely magic, RIP.”

Previous articleFrench Open 2021 could see “delay of a few days”, said the French government to the event organisers.
Next articleMunich is set to host four matches in Euro 2020 and the German FA has requested the local government to try and allow fans in the stadium.