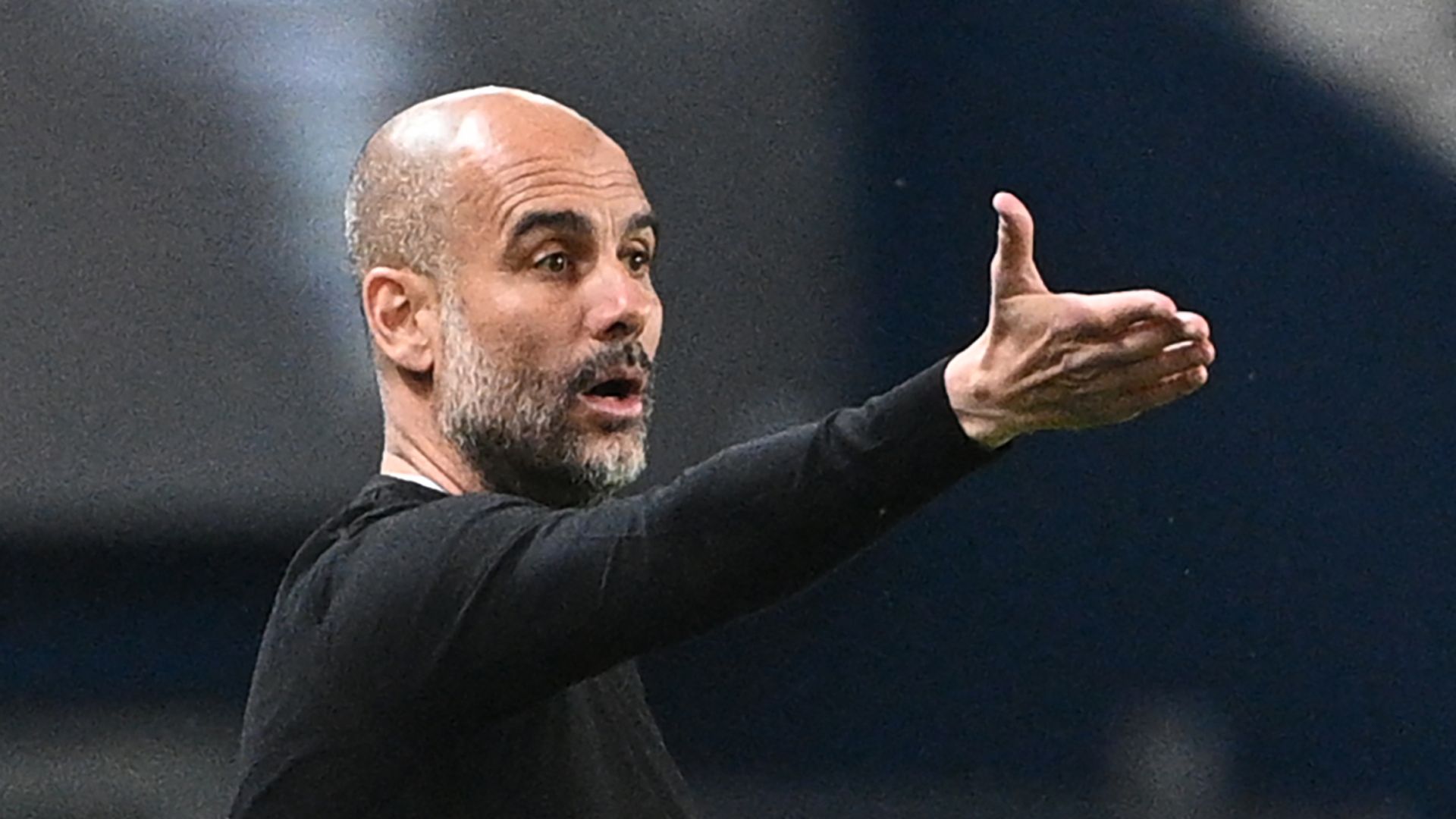 Pep Guardiola felt Manchester City were too shy in the first half of their Champions League semi-final first leg against Paris Saint-Germain but was delighted to come away with a 2-1 win.

Kevin De Bruyne and Riyad Mahrez were on target as City pulled off a brilliant second-half comeback to take control of the semi-final tie.

Mauricio Pochettino, who had dumped Guardiola’s Man City out at the quarter-final stage with Tottenham in 2019, looked on course to do the same again during the first half, when his PSG skipper Marquinhos headed the hosts into a deserved lead. City struggled to get a grip on Neymar but played with much more purpose after the break.

De Bruyne and Mahrez grabbed the two away goals for City against last season’s finalists to leave them in a fantastic position ahead of the second leg next Tuesday.

Although no English side in Champions League history has lost a knockout game having won the first leg on 47 occasions, Guardiola had a clear message for his City players as they try to reach the club’s first Champions League final.

“If we play shy and not who we are, then anything can happen as they have the quality to turn it around,” he said.

“But if we play with quality like we did in the second half maybe we’ll have the chance to reach the final.

“The first 15 minutes at Borussia Dortmund was the same, the first half at home vs Dortmund was the same. Everyone had the desire but we have to learn. It’s just the second time in our history we’re at this stages. Nearly 80 per cent of the players have never played in a Champions League semi-final. It’s not like other teams. It’s a process. I have to convince them that when we are who we are everything will be easier. Hopefully that will happen in the next game.

“I was happy in the locker room after the players were just calm. Not cheering, just calm. Anything can happen in the second leg. Now we go to Crystal Palace to make an important step in the Premier League.”

Poch: A game of two halves

Pochettino agreed with Guardiola’s assertion about how the match played out, pin-pointing his side’s lack of aggression after the break as a key area of regret.

He told BT Sport: “The two different halves, first half we did well. It was difficult to dominate a team like City. We created chances. We deserved to go to the dressing room with an advantage. Second half they deserved it, the goals were two accidents. They dominated the second half and created more than us. One half for each.

“For the two goals we feel very disappointed. The first was difficult, the second sometimes happens in the semi-final and that is really painful that it happens in this moment.

“Difficult to explain why we were better [in the first half], and in second they were more consistent. For us it was difficult to cope with their exchanges and physical conditions. They were more aggressive and for us was difficult to recover the ball. We didn’t show this energy you need when you recover to keep possession and force them to go deeper. That’s what happened.

“It’s the second leg, in football you need to believe, go there in six days and do the same, approach the game like today, win score goals. We are in a little advantage of City but you always need to try.”