With Daniel Craig’s No Time To Die in cinemas, the 53-year-old is saying goodbye to his James Bond after 15 years in the role. But now his predecessor Pierce Brosnan has given his fellow 007 a challenge. In a recent interview, the GoldenEye star was asked about a potential James Bond musical one day and said he would take on Craig for the lead.

BackstageOL told Craig the news saying: “[Brosnan] told me to tell you, if there is a James Bond musical, he is going to fight you for the lead.”

In a cutaway clip to the outlet’s interview with Brosnan, the 68-year-old said he was up for the musical having sung in two Mamma Mia movies.

The 1990s Bond said: “I am all in really. Daniel Craig doesn’t stand a chance! None of them do! None of them can sing like I do!”

Of course, fans of the Mamma Mia movies will know Brosnan has been criticised for his singing ability in the ABBA hits.

.James Bond 26: When will the next James Bond be announced?

Pierce Brosnan with Daniel Craig around 2005 when the latter was announced as the new Bond (Image: GETTY)

In response, Craig replied: “He can sing! I can’t sing, so it’s all his! I wouldn’t subject the world to that!”

Interestingly, there was an Easter egg for Brosnan’s final 007 movie Die Another Day in No Time To Die.

While in retirement in Jamaica, Craig’s Bond returned to his beach house after a fishing trip in his yacht.

Upon arrival, he noticed a cigar stub, which later on in No Time To Die was revealed to have been left by CIA agent Felix Leiter. 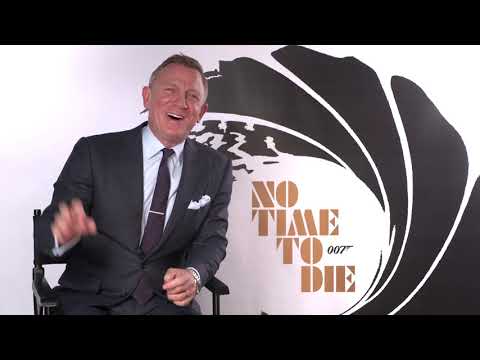 The first thing to mention is that the cigar is marked with the year 1952. This is when Ian Fleming began writing his first Bond novel Casino Royale at his Goldeneye home in Jamaica.

But it’s the brand of the cigar called Delectado which is the Die Another Day Easter egg.

Pierce Brosnan’s final Bond movie, which was released in 2002, is the last time 007 visited Cuba in the film franchise.

During Die Another Day, Bond uses Delectado as a code when calling a sleeper agent running a Havana cigar factory.

Brosnan’s Bond was also seen smoking a cigar in Die Another Day during a beach scene.

Brosnan starred in four James Bond movies in GoldenEye, Tomorrow Never Dies, The World Is Not Enough and Die Another Day.

While Craig followed with Casino Royale, Quantum of Solace, Skyfall, Spectre and No Time To Die.

No Time To Die is out now in cinemas.

Previous articleThe reforming wing of Sudan: sit-in until the release of the declaration of dissolution of the government
Next articleNazanin Zaghari-Ratcliffe: British-Iranian aid worker loses appeal in Iran – BBC News