Pokemon Unite maintenance: How long are servers down for Unite Mobile release?

Pokemon Unite gamers won’t be able to play for hours today as servers are taken down for maintenance.

The bad news is that during this period, no one will be able to access the game’s core features, including playing online.

The upside is that this is all being done to support the Pokemon Unite Mobile release date.

Scheduled to launch on September 22, Pokemon Unite will soon be playable on Android and iOS devices.

This will open the game up to millions of more players, making matchmaking a breeze.

It will also make it possible to continue your game across several platforms, removing the requirement of owning a Nintendo Switch.

HOW LONG ARE POKEMON UNITE SERVERS DOWN?

The Pokemon Company has confirmed that Pokemon Unite maintenance will start at 2pm PDT, or 10pm BST, on Tuesday, September 21.

Pokemon Unite servers are scheduled to be down for eight hours, meaning the game will not be playable again until 8am BST, on September 22.

A message from the Pokemon Company reads: “Attention, Trainers! Pokemon Unite will be in maintenance on September 21 from 2:00PM to 12:00AM PT.

“During this time, the game will not be playable while we make adjustments and prepare for the mobile launch. We appreciate your patience and understanding.”

Meanwhile, the Pokemon Company has confirmed that the Pokemon Unite Mobile release date has been set for Wednesday, September 22. 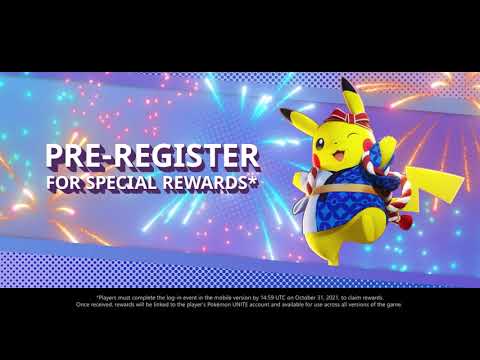 The Pokemon Unite Android and iOS launches are expected to happen around the same time.

And based on the maintenance being planned, Pokemon Unite should be available to play sometime after 8am BST on September 22.

Pitting teams of Pokemon against each other is nothing new, but the gameplay included in Pokemon Unite is very different from the battles people have grown to know.

On Aeos Island, players will find the Unite Battle Committee (UBC), which runs a series of Unite Battle tournaments.

And in Unite Battles, players form teams of five and compete against each other to see who can score the most points before time runs out.

Bringing the traditional PC gameplay to Android, iOS and Nintendo Switch is not without its challenges, but it looks like plenty of fans are ready to test out the new formula.

A message from the Pokemon Company adds: “Pokémon UNITE was released on Nintendo Switch on July 21, 2021, and soon, Trainers will get a new way to play with the release of the mobile version on September 22, 2021.

More news on the rollout of Pokemon Unite on Android and iOS platforms could be shared over the coming hours.