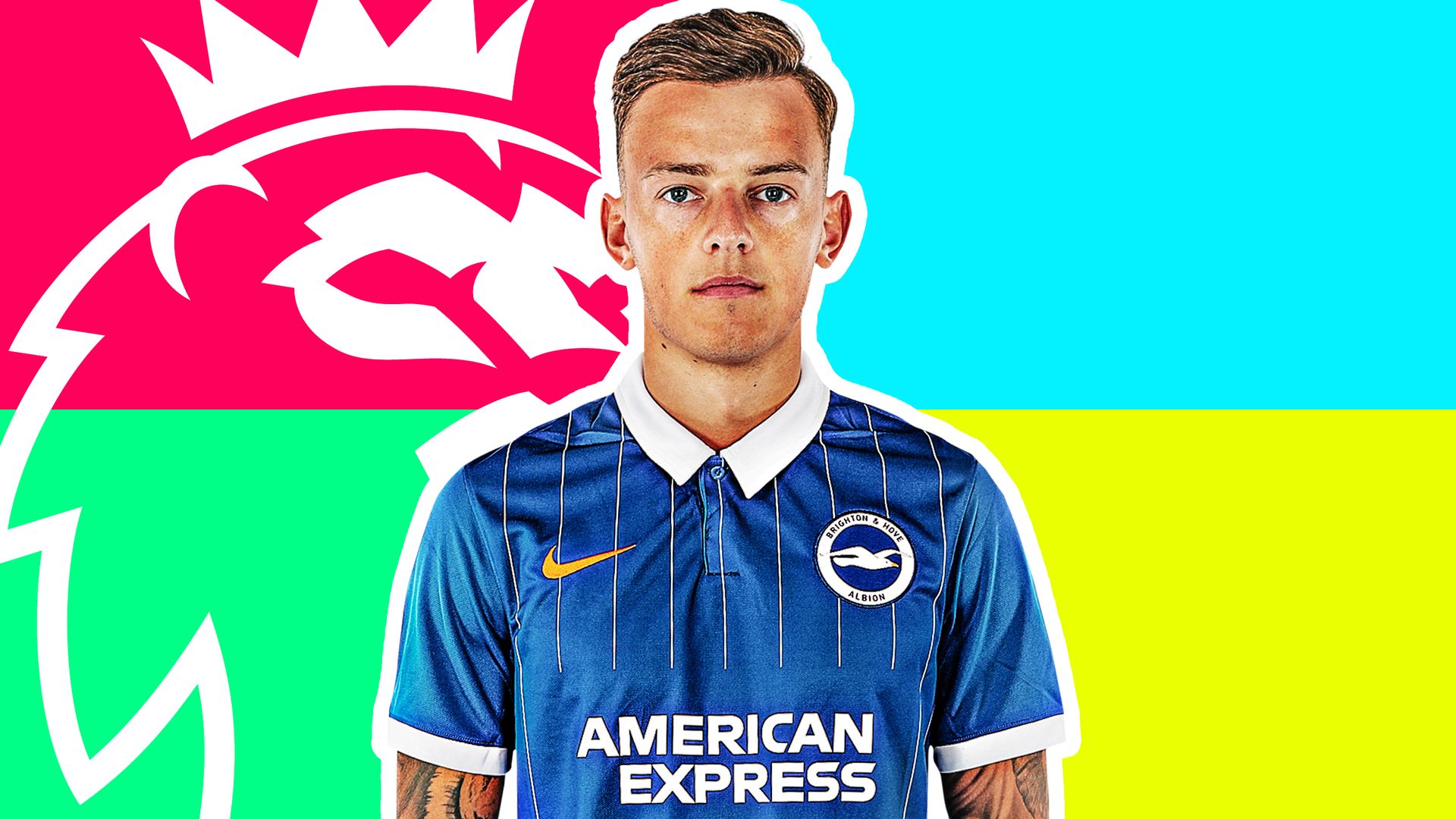 This week, Sky Sports News tell the stories of five young English talents making waves in the Premier League. Next up is Brighton defender Ben White…

White has become a key player for Graham Potter’s side this season having helped Leeds United win promotion to the Premier League while on loan at Elland Road during the 2019/20 campaign.

Here, we speak to some of the coaches and team-mates who have worked with him to find out the story of his rise – and why the future looks bright.

‘A Rolls Royce of a defender’

White came through the youth ranks at Brighton and spent the first of his three loan spells with Newport County during the 2017/18 campaign.

He won the League Two side’s player of the year award and helped them reach the fourth round of the FA Cup, shining in their third-round win over Leeds then helping to take Tottenham to a replay.

Newport County manager Michael Flynn: “I knew he was going to be a bright star just by watching him day-in, day-out. When he goes and puts in and puts in the performances he did against the likes of Leeds and Tottenham, then you do start realising how good he can be.

“He was outstanding. I described him as a Rolls Royce. He moved as eloquently as a footballer can. He was quicker than he looks, he read the game exceptionally well for somebody of that age, and he was a great lad all-round. His attitude was first class.

“For me, my biggest concern was whether he could handle the physicality of League Two. But he played against the ex-Brighton captain Adam El-Abd [when Newport faced Wycombe Wanderers] and there was a 50:50 in the corner. Ben’s gone straight through him, come out with the ball and hit a 60-yard diag.

‘His attitude was impeccable’

White is remembered just as fondly at Peterborough Town, where he spent the second half of the 2018/19 campaign.

Former Peterborough manager Steve Evans: “I was tracking his progress when I was manager of Peterborough and he went to Newport County on loan.

“On two or three occasions, in midweek, I was afforded the opportunity to go and watch him and I asked my recruitment team to track him as well.

“He was improving and improving every time he took to the pitch. I went for a final couple of looks and made it clear to Barry Fry, the director of football at Peterborough, that this was a boy who could improve us at a key stage of the season.

“He was a big boy, he was strong, he was lean, he was powerful and he was two-footed. I was told from my homework that he had an impeccable attitude, that he was someone who wanted to improve.

“I convinced him to come and join us and it’s fair to say he had an outstanding time at Posh.”

‘The sky’s the limit for him’

From Peterborough, White went to Leeds, enjoying his best season yet as he helped Marcelo Bielsa’s side reach the Premier League after stepping in for the departed Pontus Jansson.

Former Leeds team-mate Luke Ayling: “Top, top quality. He showed mental strength to come in here as a lad that nobody knew about – I think if you had asked the lads, they would have said they didn’t really know who Ben White was – and step into Pontus’ shoes and hit the ground running.

“I was injured for our first game, against Bristol City, so I watched it on TV and he was just Cruyffing centre-forwards, so relaxed.

“A real, real quality player with a strong mentality. The sky’s the limit for him.

“I’ve got no doubt that he’ll play for England soon and play many games for them. He’ll probably go to one of the top teams in England and probably win the league and that because he’s that good, I think.”

‘He’s handled the step up well’

Leeds tried to sign White permanently after his loan spell but Brighton rejected their offers and the 23-year-old has instead established himself as a key player at the Amex Stadium.

Brighton boss Graham Potter: “He’s returned to us from consecutive loan spells that have gone really, really well for him.

“I’m sure he would be the first to say that Newport, Peterborough and Leeds United have played a massive part in where he’s at as a player.

“He was lucky enough to work with great coaches at great clubs – experiencing promotion at Leeds United with Bielsa was fantastic for him – and there’s all his time in our academy as well, so it’s a process of arriving at this point.

“It’s still his first year in the Premier League and he’s still adapting to a new team and a new club, because he’s been away for so long. It’s not so straightforward but I think he’s handled it well.

“He’s got to take some steps, but that’s normal, this is his first season.

“My job and my focus is to help him improve for Brighton and Hove Albion and if he can do that then anything is possible.”

Previous articleToyota Financial Services to close, consolidate customer service centers
Next articleMore than 300 people have died since the coup in Myanmar, a quarter of whom have been shot in the head