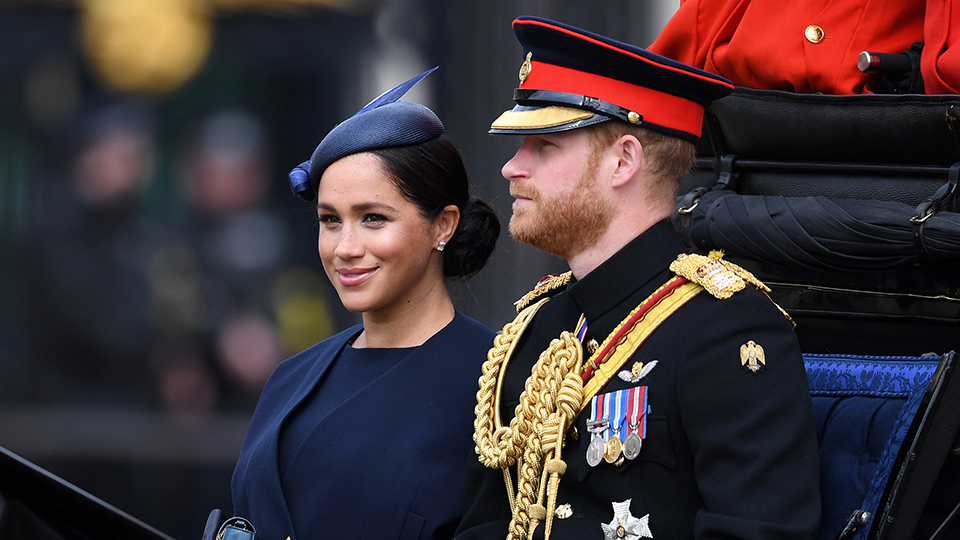 Nearly a year after their royal exit, Prince Harry and Meghan Markle may lose their royal titles and roles for good. Most insiders believe that the Queen is working on her final decision before the couple’s annual probation period comes to a close.

Harry, 36, and Meghan, 39, announced their plans to step back from their roles as senior working royals in January 2020. But before they officially stepped down at the end of March 2020 and moved to California with their son Archie, the Duke and Duchess of Sussex met with other members of the royal family—including the Queen—to hammer out the terms of their exit. At the time, Her Majesty and other senior working royals agreed to review Meghan and Harry’s royal exit deal after twelve months. Now that time is fast approaching, and further decisions around Meghan and Harry’s official royal roles and patronages are expected to be made soon; although, the Sussexes may not be too happy about them.

Many royal insiders believe that the couple will be asked to relinquish their royal patronages gifted by the Queen, where they were once allowed to lead charitable efforts with multiple U.K. organizations. For Harry, these include the Rugby Football Union, the Rugby Football League, and the London Marathon, whereas Meghan may lose her patronage with the National Theatre. In what’s expected to be a particularly hard blow, the Daily Telegraph reports that former Army caption Harry is expected to lose his honorary military appointments that have been on hold since his royal exit.

While final decisions have yet to be announced, People claims that “events are moving faster than initially thought,” and the Queen may not wait until March 31, 2021, to determine the Sussexes’ future.

This rush may have been spurred by Meghan and Harry’s plans to be interviewed by Oprah Winfrey on March 7, although some sources with the Daily Mail believe that the palace was not being retaliatory. A source told the paper that the couple could already “see the direction of travel” as far as their future royal roles were concerned and simply decided to get ahead of the decision.

A post shared by O, The Oprah Magazine (@oprahmagazine)

CBS announced the 90-minute “tell-all” interview on February 15, just one day after the Duke and Duchess revealed they are expecting their second child. While Buckingham Palace was not reportedly informed of the interview in advance, sources told The Daily Beast that the couple is “under no obligation” to inform the palace of their media commitments. Still, many insiders believe that royals are nervous about what could be unearthed during the couple’s interview with Oprah, with many fearing it may mirror the shock of Princess Diana’s controversial interview with the BBC in 1995. We’ll just have to stay tuned and see.