After dropping a thrilling trailer, actor Prithviraj Sukumaran unveils a new song, Eeran Mukil from the forthcoming Cold Case, which is set to premiere on Amazon Prime Video.
The song is composed by Prakash Alex, written by Sreenath V Nath, and crooned by Harishankar K S.Prithviraj Sukumaran took to his social media profile and dropped the new single. He captioned it, “Step into the world of dark mysteries and secrets with #EeranMukil, out now! Watch #ColdCaseOnPrime June 30, @PrimeVideoIN @AditiBalan @LakshmiPriyaaC usuchitrapillai #AthmeeyaRajan @Gibin_Gopinath @PoojaMohanraj @IamAntoJoseph #TanuBalak #Jomon #Sha

The film revolves around a complex murder case, the investigation of which is taken on by one of Trivandrum’s most brilliant officers, ACP Satyajith (Prithviraj Sukumaran). As Satyajith unravels several mysteries behind the murder, the case takes a rather ‘cold’ turn with the emergence of supernatural forces in the case. Finding their way through parallel investigations ACP Satyajith and investigative journalist Medha Padmaja (Aditi Balan) eventually cross paths to unearth secrets they never imagined.Cold Case marks the directorial debut of cinematographer Tanu Balak. The film streams from June 30 on Amazon Prime Video. 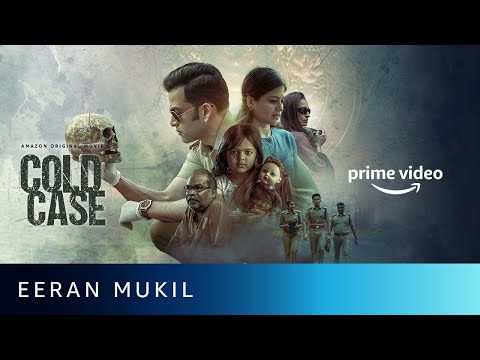 Gauahar Khan: “Do Not Regret Why Producers, Directors Are Not Considering Me For Lead Roles”

Paul Marshal On Working With Madhuri Dixit: “I Really Wish To Choreograph Something Really Big For Ma’am Very Soon”

Rhea Chakraborty Ready For A Full-Fledged Bollywood Comeback? Rumi Jaffery Says, “She Has Come To Terms With Whatever Happened”

Previous articleEuro 2020: The Round of 16 promises some thrilling encounters, especially with some big matches like England vs Germany and Portugal vs Belgium.
Next articleForget the FIFA 22 demo and download the PES 2022 beta now!