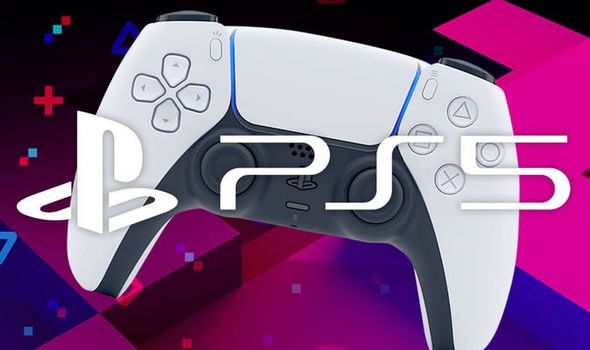 UPDATE: The PS5 is back in stock at Smyths, but only as part of Ratchet and Clank bundles.

Available for £509.99, the Ratchet and Clank Rift Apart Bundle contains a disc-based console, controller and the game.

You can buy the PS5 from Smyths by visiting the retailer’s website.

ORIGINAL: This week is shaping up to be the biggest yet in terms of UK PS5 restocks.

According to the latest reports online, the three biggest UK video game retailers are all preparing to restock the PlayStation 5 in the coming days.

This includes high-street giants such as GAME and Argos, as well as online retailer Amazon.

As an added bonus, some customers are even having luck purchasing PS5 bundles from Ebuyer.

As you can see from the PS5 UK Stock – Instant Alerts tweet below, Argos is next in line for a PS5 restock, with the retailer confirming an overnight stock drop later tonight.

It’s believed Argos will restock the PS5 between 1am BST and 2am BST on June 15, which means fans are in for a late night.

This will be followed by Amazon on either June 15 or June 16, usually between 8am and 9am.

GAME should drop the following day, either on June 16 or June 17, between 9am and 10am BST.

PlayStation 5 customers can also expect stock drops from the likes of ASDA, ShopTo and Studio within a similar timeframe.

Buy a PS5 from GAME

This week’s PlayStation 5 stock forecast for the UK

Judging by reports, a lot of the PS5 consoles will be available as part of a Ratchet and Clank: Rift Apart bundle.

In the meantime, to give yourself the best possible chance of securing a PS5, it’s worth bookmarking some of the more popular stock checker accounts.

This includes Digital Foundry Deals, Stock Informer, PS5 UK Stock – Instant Updates, PS5 UK Stock and Express Gaming – the latter of which will have live updates throughout the week.

Some of the accounts mentioned above have Discord groups for PS5 customers, while some have live streams and alerts on sites like YouTube.

Customers are generally encouraged to have multiple devices open when trying to purchase a PlayStation 5, and to sign in to retail accounts when available.

The video below is also worth playing, as it provides live audio alerts the moment the PlayStation 5  comes back in stock. 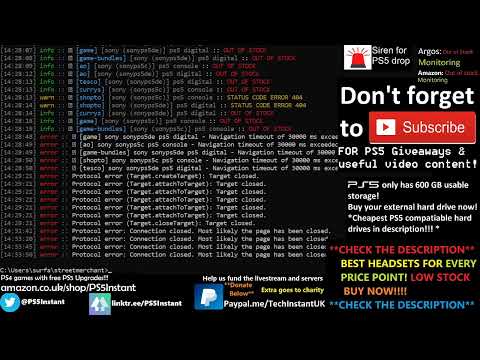 Customers who do purchase a Ratchet and Clank: Rift Apart are in for a treat, because the new PS5 exclusive is sensational.

“Ratchet and Clank are back! Help them stop a robotic emperor intent on conquering cross-dimensional worlds, with their own universe next in the firing line.

“Witness the evolution of the dream team as they’re joined by Rivet – a Lombax resistance fighter from another dimension.”

At the time of writing, Ratchet and Clank: Rift Apart is sitting pretty with a Metacritic score of 89%, so it’s well worth checking out.

Fortnite downtime today: How long are Fortnite servers down with 17.21 update?