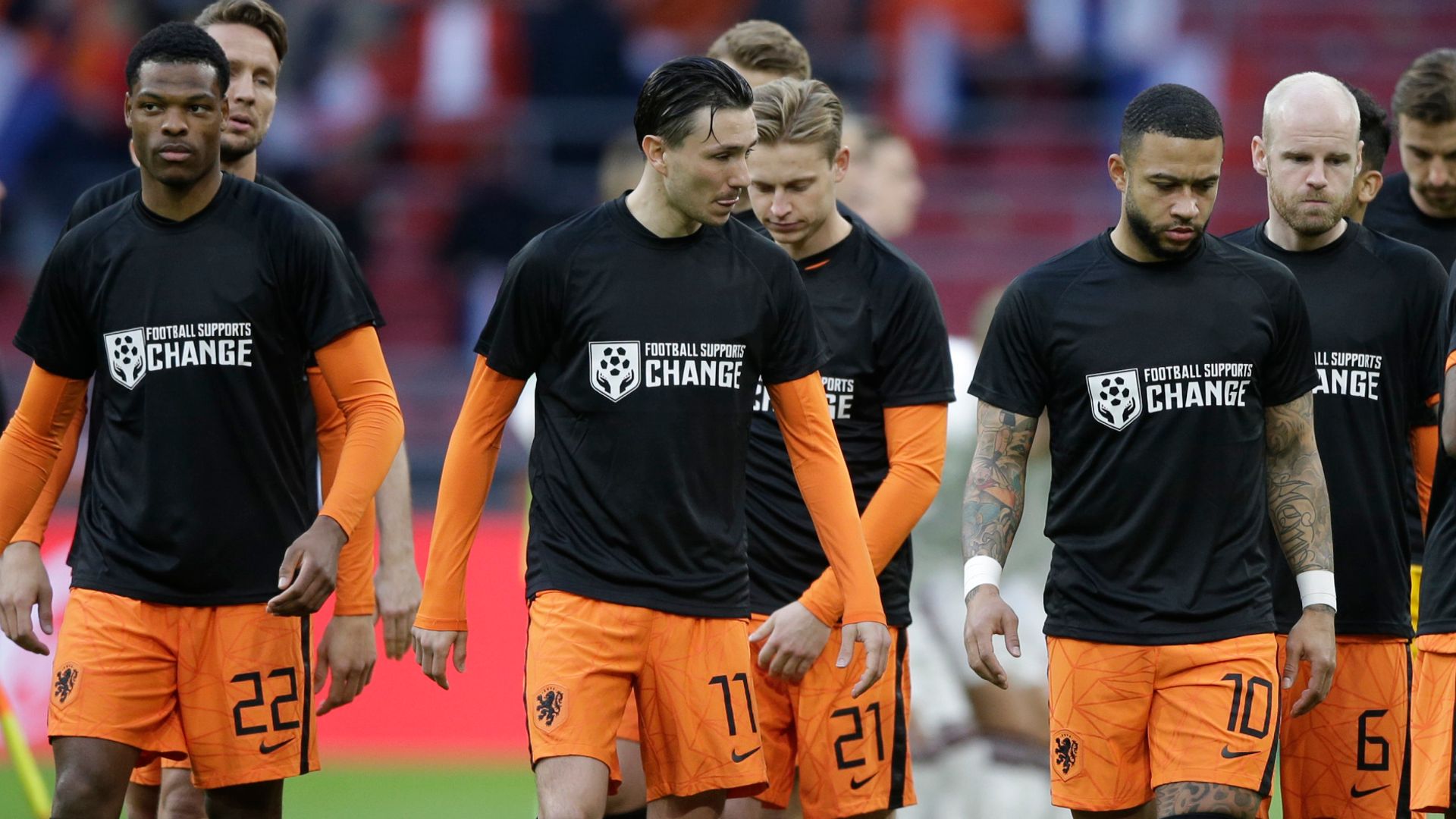 Players from Germany, Norway and the Netherlands have worn t-shirts voicing their concerns over human rights in Qatar ahead of their World Cup qualifying games.

A study, released by the Guardian last month, reported at least 6,500 migrant workers have died since Qatar was named as the chosen 2022 World Cup host a decade ago.

It follows Norway and Germany players making similar stands in their own World Cup qualifying matches on Wednesday and Thursday.

The German team lined up in black shirts, each with one white letter to spell out ‘Human Rights’ before the 3-0 win against Iceland in Group J while Norway players wore shirts stating ‘Human Rights’ and ‘Respect’ before their game against Gibraltar in Group G on Wednesday.

On the protest, German midfielder Leon Goretzka, who scored Germany’s opening goal, said: “We have the World Cup coming up and there will be discussions about it. We wanted to show we are not ignoring that.

“We wrote the letters ourselves. We have a large reach and we can use it to set an example for the values we want to stand for. That was clear.”

Norway then took it one step further in their second qualifier against Turkey on Saturday, showing the same message but this time calling on more teams to join them.

FIFA’s disciplinary code states players and federations can face disciplinary action in cases of using a sports event for demonstrations of a non-sporting nature although no action has been taken so far.

Qatar has been under scrutiny over laws and conditions for migrant workers helping to build infrastructure for the tournament with FIFA president Gianni Infantino claiming last week the country had made social progress due to becoming the World Cup host.

A representative of the Qatari World Cup organisers said last week they had “always been transparent about the health and safety of workers”.

“Since construction (of stadiums) began in 2014, there have been three work-related fatalities and 35 non-work-related deaths,” the representative added.

“The SC has investigated each case, learning lessons to avoid any repeat in the future.”

England manager Gareth Southgate says talks between the FA and Amnesty International are ongoing after the organisation wrote to England’s governing body last year urging them to put pressure on FIFA over the situation.

“In terms of the situation in Qatar, the FA are working closely with Amnesty International and will be talking with Qatar as well,” Southgate said.

“My understanding is Amnesty don’t want the tournament postponed or moved. They want to work and highlight issues that could be improved.

“So, it’s important we work with organisations like that.”

The German Football Association (DFB) has already said it is opposed to boycotting the World Cup but will get behind the national team’s protest.

“I think we’re 10 years too late to boycott the World Cup,” Kimmich said. “It wasn’t allocated this year, but a couple of years ago. One should have thought about boycotting back then.

“As footballers we have a certain responsibility to talk about things. Regarding this topic, we tried that with a very spontaneous shirt activity.

“In football, you have the chance to point things out and we should continue doing that and use our publicity to raise awareness about things.

“But it’s not just down to us footballers… we should work together.

Earlier, Belgium coach Roberto Martinez said it would be a mistake for teams to boycott the World Cup in the wake of player protests.