Rachel Sennott on ‘Shiva Baby,’ the ‘Nuance’ of Sexuality & Being ‘Terrified’ of Dianna Agron 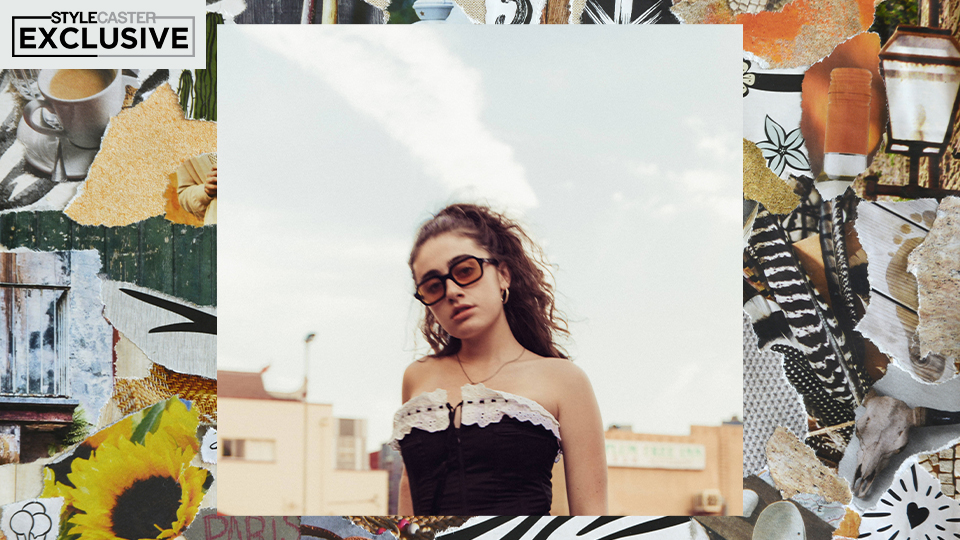 Rachel Sennott always knew she wanted to perform. “Since I was little, every role I had in a play was the funny witch,” she tells StyleCaster. “You know in every musical, it’s like, ‘And there’s the grouchy lady!’ and she comes on? That’s who I always played.”

Sennott, who started performing stand-up comedy in college, is the lead of Emma Seligman’s new comedy, Shiva Baby, which premiered on April 2. The movie, which is based on Seligman’s short film of the same title, stars Sennott as Danielle, a young bisexual Jewish woman who attends a shiva with her parents. There, she runs into her ex-girlfriend Maya, her sugar daddy Max and his wife Kim.

“This movie is basically a coming of age story. Danielle grows so much in this one day,” Senott says. “I honestly felt like I was going through a similar growth in terms of the lessons I learned from when we shot the short to when we shot the feature.”

Ahead, Sennott talked to StyleCaster about how she relates to Danielle, what it was like to film a movie that takes place over the course of a day, and why she was “terrified” of Dianna Agron, who plays Kim. 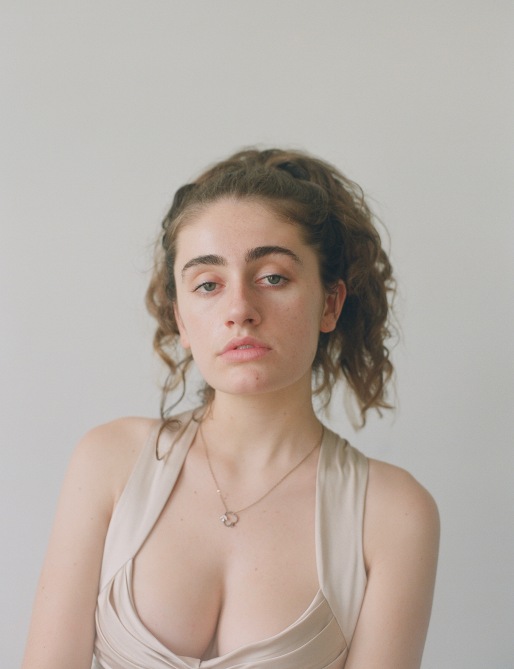 On similarities between her and Danielle

“Afte I graduated college. I was doing comedy. My family was a little like, ‘Why are you tweeting about being fingered?’ And I was like, ‘Because it’s art!’ They were like, ‘We don’t get this.’ I was in a couple different relationships, where I felt there was a power struggle of who cares less. I was trying to get someone to commit to being in a relationship with me. Just different struggles like that where I felt very out of control. In the movie, there’s a lot of Danielle’s family asking her about food. Are you eating too much? Are you eating too little? I think that’s always been a thing for me. I’ve always tried to use eating as a control thing. We’re different. Obviously, we’re not exactly the same. But I feel like there was a lot of crossover there.”

“I don’t think they had a continuity person because we didn’t have the budget. We had a hair and makeup artist for everyone. It was very much a group effort of being like, ‘What side did I have this bag on? Where was my hair?’Also trying to lock in where Danielle is on her journey because we shot out of order. We shot in a discombobulated way because we were shooting out different actors who had other projects. We had so many amazing actors in the film. At the beginning of every day, Emma would come to my dressing room and we would talk through the scenes and where we felt Danielle was at her anxiety level and what was going on in her head, which helped me feel grounded going into each scene and knowing where she was in her journey.” 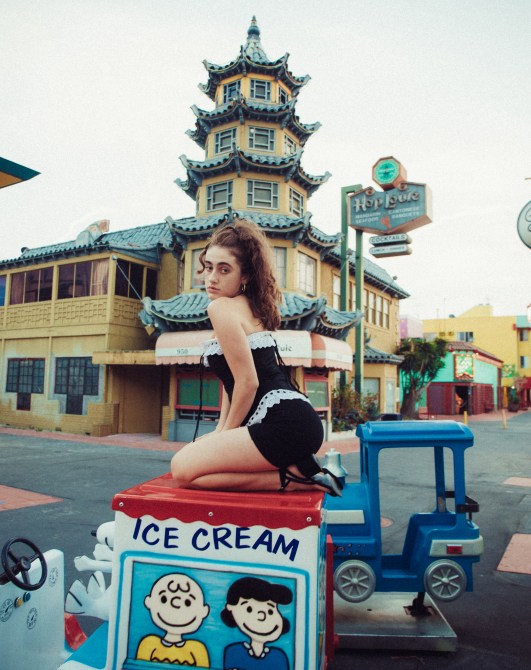 On playing a Jewish character

“When I first auditioned for the short, I talked to Emma about it. I was raised Catholic. I’m from a big Italian family, so obviously, I should say I’m not Jewish. We talked about our families, and I feel like we found a lot of crossover between them. Some of the things I was saying before about the food stuff and coming from a loving place and the criticism. Just talking to Emma about her upbringing was helpful for me in terms of finding what I related to in the character.”

“In terms of Danielle being bisexual, for me, personally, sexuality is a spectrum. I connected to her and I thought the film does a really good job doing a nuanced portrayal of what it’s like to be a bisexual woman. Emma wrote such great dialogue where her parents were liberal and accepting. Her mom has that line, ‘I lived in New York in the ‘80s.’ But at the same time, they dismiss her being bi as a phase.”

On working with Dianna Agron

“I’ve always been a fan of her. She is so kind, sweet and welcoming, which is funny because her character in the movie is very scary to me, especially the scene where she hands the baby, which was so fun to do but she’s so good and talented. I felt terrified of her. Her staring me in the eyes, I was like, ‘Oh my God!’ I was intimidated going into the film because so many of the actors are really established and had been in things that I love. But it felt like a team. It was a really great experience with all the other actors.”

Shiva Baby is available to stream on Amazon.

Fast and Furious 9: How will Brian O’Conner return to F9?

Final Battle Scene Had ‘Three More Minutes’ Of Footage, Here’s What It Was & Why It Was Edited

Previous articleIPL 2021, MI vs RCB: Go too head record, above run-getters, above wicket-Taker, highest Individually scores
Next articleJanhvi Kapoor Raises Temperature In A Hologram Monokini Giving A Tough Competition To The Beauty Maldives