Rally Dakar .. Released for Al-Attiyah, retirement of Al-Rajhi, surprises and dismay for the unemployed

By Editorial Team
January 6, 2022
2
Sports
After the first runner reached the end of the longest stage of the Dakar, which started from Qaisumah to the capital Riyadh, Saudi Yazeed Al-Rajhi was surprised to receive a penalty in time for excessive speed, which brought him back to fifth place, while Qatari Toyota driver Nasser Al-Attiyah dominated the stage.

According to “Dakar”, one minute was added to the time of the driver, Yazid Al-Rajhi, who dropped to fifth place and left the lead to Al-Attiyah, leader in the overall standings of the race. Al-Attiyah clocked 3 hours 54 minutes 40 seconds, 25 seconds ahead of French BRX driver Sebastien Loeb, who finished second, while Spanish Audi driver Carlos Sainz finished third, 52 seconds behind Al Attiyah. Saudi mini-pilot, Yasser bin Saedan, managed to achieve considerable progress in this stage, after climbing back to fourth place, one minute and 34 seconds behind, ahead of his fellow driver of the team Overdrive Yazid Al-Rajhi, who finished fifth by one minute and 46 seconds.

The Spanish BRX driver Nani Roma, on the other hand, hailed his chances of contending for the title during his second participation in the Dakar, with the team of Bahrain “Raid Extreme”, after suffering from the problems his car had to face on the fourth stage.

Al-Attiyah maintained his overall lead by 38 minutes over his closest competitor, Frenchman Sebastien Loeb, while Yazid Al-Rajhi is in third place, 49 minutes behind Al-Attiyah, while Al-Rajhi hopes to continue the his progress in the rankings and keep his presence in the top three.

Interestingly, the rally races will remain in the Riyadh region for the next two days, in the fifth and sixth stages, followed by a rest day for all on January 8, before moving on to the seventh stage from Riyadh to Al- Dawadmi. 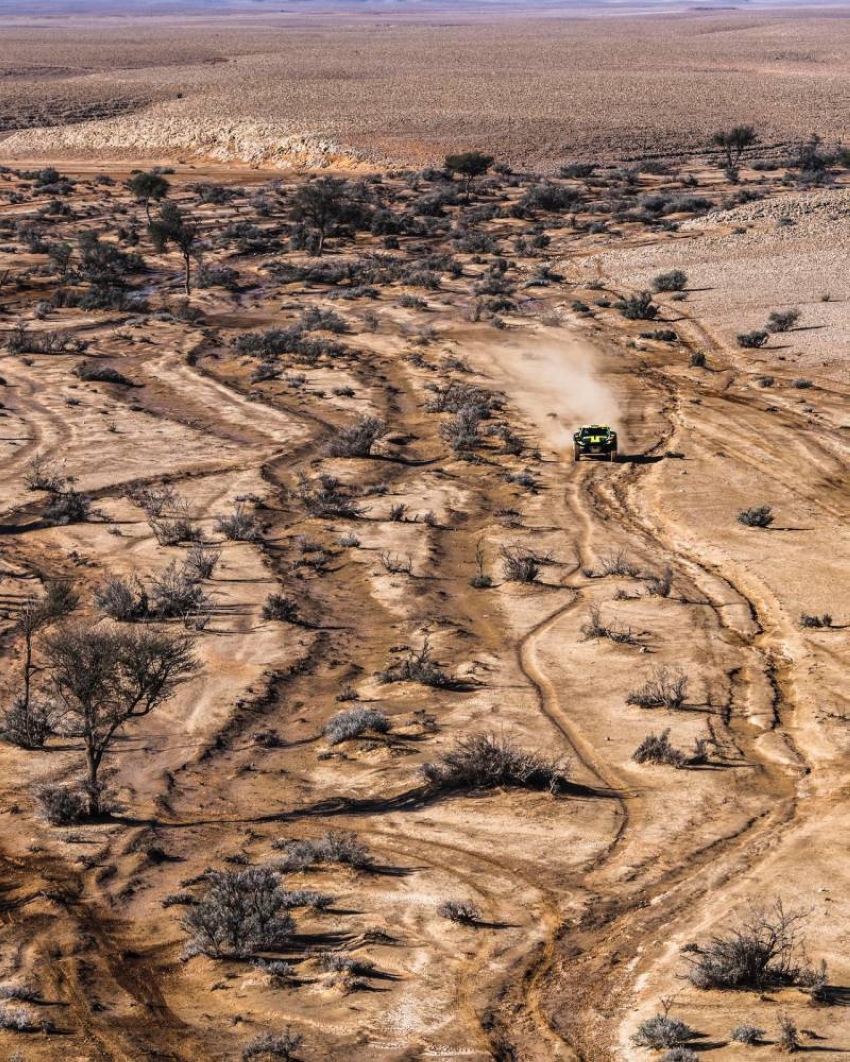 Spanish cyclist Juan Barreda finished the fourth stage in first place, recording his second victory in one of the stages of the 2022 Dakar Saudi Arabia Rally, which started yesterday morning (Wednesday) from Qaisumah to Riyadh, with a distance of 707 kilometers and the special stage of 465 kilometers.

Barreda achieved his 28th victory in the history of his participation in the rally, scoring 4 hours 6 minutes 6 seconds, in front of the Chilean cyclist Pablo Quintania by 4 minutes and 37 seconds, while the Italian cyclist Danilo Petrucci managed to finish one of the stages of the Dakar Rally in prime 3 positions for the first time in its history; He finished third, 6 minutes and 53 seconds behind.

The runners of the team Serco TVS scored; Rui Gonçalves and Lorenzo Santolino had good times in the fourth stage and finished the day’s race in fourth and fifth place, with a difference of 7’59 ‘and 8’56’ respectively.

The team KamAZ continued to dominate the truck category questyear, obtaining the fifth consecutive victory; His Russian driver, Eduard Nikolaev, dominated the fourth stage of the category, clocking 4 hours, 14 minutes and 46 seconds, ahead of 3 minutes and 35 seconds on his teammate Anton Shebalov, who finished second. . 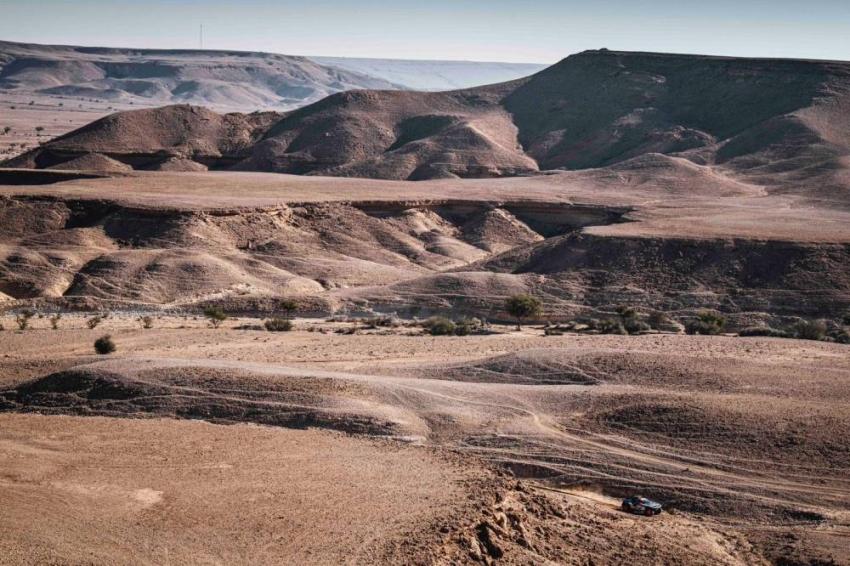 While Russian Cher driver Mary Alexander Maximov won her maiden victory in the Dakar Rally, when she took first place in the four-wheeled motorcycle category for the fourth stage of the rally, clocking 5 hours 10 minutes 28 seconds and overtaking by a minute and 52 seconds on the Argentine Manuel Andujar, the rider of the “Team” 7240 », who finished in second place.

Third came the French Yamaha rider Alexandre Giroud, with a difference of 3 minutes and 8 seconds, ahead of the American “Del Amo-Yamaha” rider, Pablo Copetti, who took fourth place, while the Brazilian Marcelo Medeiros, rider of the team Marcelo finished fourth, 15 minutes behind and 9 seconds. 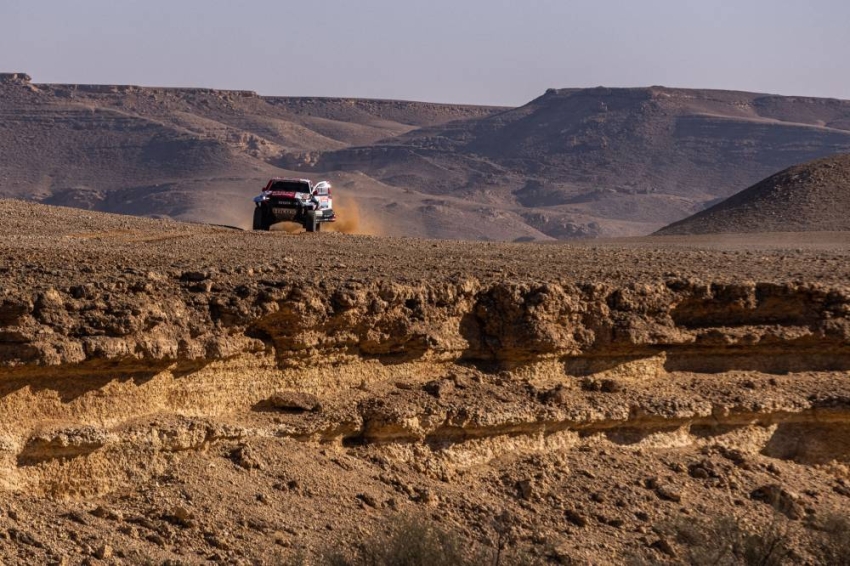 In a moment in which American Red Bull Offroad driver Seth Quintero continued his streak, taking his fourth win in the chassis category light desert “T3” for the 2022 Dakar Saudi Arabia Rally, and many believe he would have made great progress to the top of the class had it not been for a mechanical problem in the second leg and imposed time penalties that caused him to drop by 16 hours in the general classification. Quintero dominated the T3 category today, clocking 4 hours 25 minutes 13 seconds, 7 minutes and 50 seconds ahead of his Belgian teammate Guillaume de Mevius in second place, while Chilean Francisco Lopez Contardo finished third, 15 minutes and 26 seconds behind. .

Swede Sebastian Ericsson finished fourth, with a difference of 27 minutes and 16 seconds, and Briton Thomas Bell finished fifth, with 34 minutes and 8 seconds. Despite these results, Francesco López Contardo maintained his leadership in the provisional general classification of the category, thanks to the bad luck suffered by his competitors in the previous stages.

Hardik Pandya will be motivated to show what he is capable of as a leader: Kirsten

Xavi receives a shock from the Barcelona medical staff!