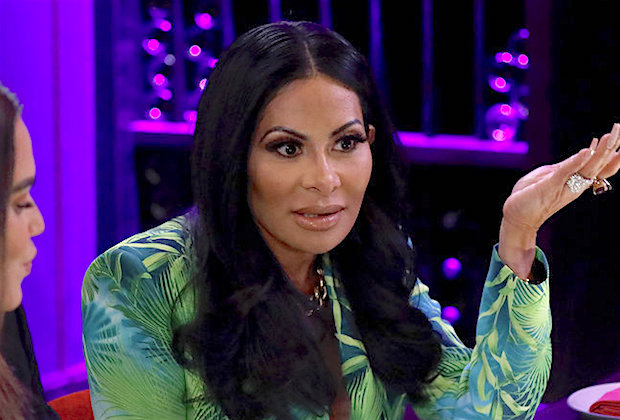 One Real Housewives star is getting a harsh dose of reality.

Jen Shah, a cast member on Bravo’s The Real Housewives of Salt Lake City, has been indicted and arrested on federal fraud charges, the Department of Justice announced on Tuesday. Shah and assistant Stuart Smith are charged with conspiracy to commit wire fraud in connection with telemarketing and conspiracy to commit money laundering, according to the indictment. If convicted, Shah and Smith could face up to 30 years in prison.

“Jennifer Shah, who portrays herself as a wealthy and successful businessperson on ‘reality’ television, and Stuart Smith, who is portrayed as Shah’s ‘first assistant,’ allegedly generated and sold ‘lead lists’ of innocent individuals for other members of their scheme to repeatedly scam,” the DOJ said in a statement. The “so-called business opportunities” Shah, Smith and others presented to clients “were just fraudulent schemes, motivated by greed, to steal victims’ money,” the complaint alleges.

Shah is one of six original cast members of The Real Housewives of Salt Lake City, which debuted in November as the latest entry in the Bravo reality franchise. Shah quickly established herself as a breakout star, engaging in multiple volatile confrontations with her co-stars. (Smith was also featured in Season 1 as one of Shah’s assistants.) The show was a hit, and Bravo renewed it for a second season last month.

Season 2 has reportedly already begun filming, with Shah still a member of the main cast. When reached by TVLine to see if Shah’s arrest will affect production, Bravo had no comment.

Previous articleSaweetie & Quavo Got Into a Physical Fight Before Their Split & It Was All Caught on Video
Next articlePakistan President, Defence Minister Test Positive For Coronavirus