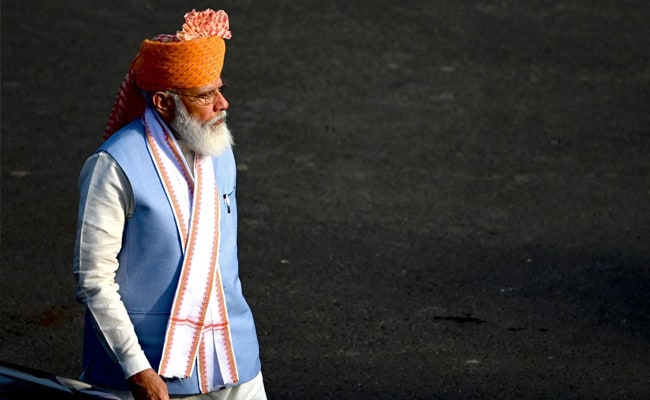 Reservation is being ensured for Dalits, STs, backward classes and the poor in the general category, Prime Minister Narendra Modi said on Sunday in his Independence Day address and stressed that hand-holding of deprived communities is necessary.

Addressing the nation from the ramparts of the Red Fort on the occasion of 75th Independence Day, Prime Minister Modi said it is being ensured that no one is left behind in India’s journey of development.

“Hand holding has to be done of those sections and regions that are deprived and are behind. Reservation is being ensured for Dalits, STs, backwards and general category poor,” the Prime Minister said.

“We are ensuring that no one gets left behind in India’s journey of development,” he said.

He said that medical courses in India will now have a reservation for Other Backward Classes (OBCs) under the All India Quota Scheme.

“A law has been passed in Parliament to give states the power to make their own OBC lists,” he added.

The government recently announced that the medical and dental courses in India will have a 27 percent reservation for Other Backward Classes (OBCs) and 10 percent for Economically Weaker Sections under the All India Quota Scheme for undergraduate and postgraduate programmes.

Also, a bill was passed in the Monsoon session of Parliament to restore the states’ power to make their own OBC lists.