The actor, who played perpetually apoplectic pensioner Victor Meldrew in One Foot In The Grave, says he was “outed” when Time Out included him in a list of influential gay people in 2013. Richard, 84, a lifelong support of gay rights organisation Stonewall, told Desert Island Discs presenter Lauren Laverne: “I was delighted it had come out. I was a bit worried my sister might find it difficult but it did not seem to worry her at all.” He said being gay in the 1950s when homosexuality was illegal did cause problems but explained: “I suppose it is true I did always have a lot of very close friends that were very important to me, both straight and gay.”

The comedy star also said that although he liked his own company, he and Sir Ian McKellen once talked of buying a large country house together.

But, he added, his friend “has got more houses in London now so he has got fed up with that idea”.

As to how he would cope on the desert island, he said: “I have lived alone for a very long time and I quite like being alone at times.

“Every now and again I feel I should have made a bit more effort to have a partner but that never really worked.” 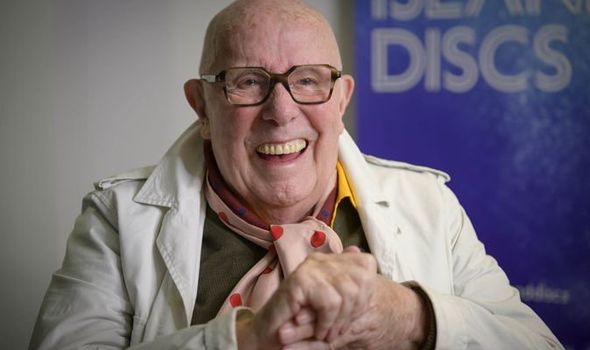 Richard Wilson feared how his family would respond to news he is gay (Image: PA)

Richard, who first played Victor Meldrew aged 55, said people still shout his catchphrase “I don’t believe it” at him in the street.

The sitcom attracted 17 million viewers but he added many think they are the first to say it to him and said: “I use to say ‘good heavens I never heard that before’ and they would say ‘really?’”

But he said he was “quite pleased” the grumpy pensioner was killed off after six series in 2000 as by then “I thought I’d had enough of him”.