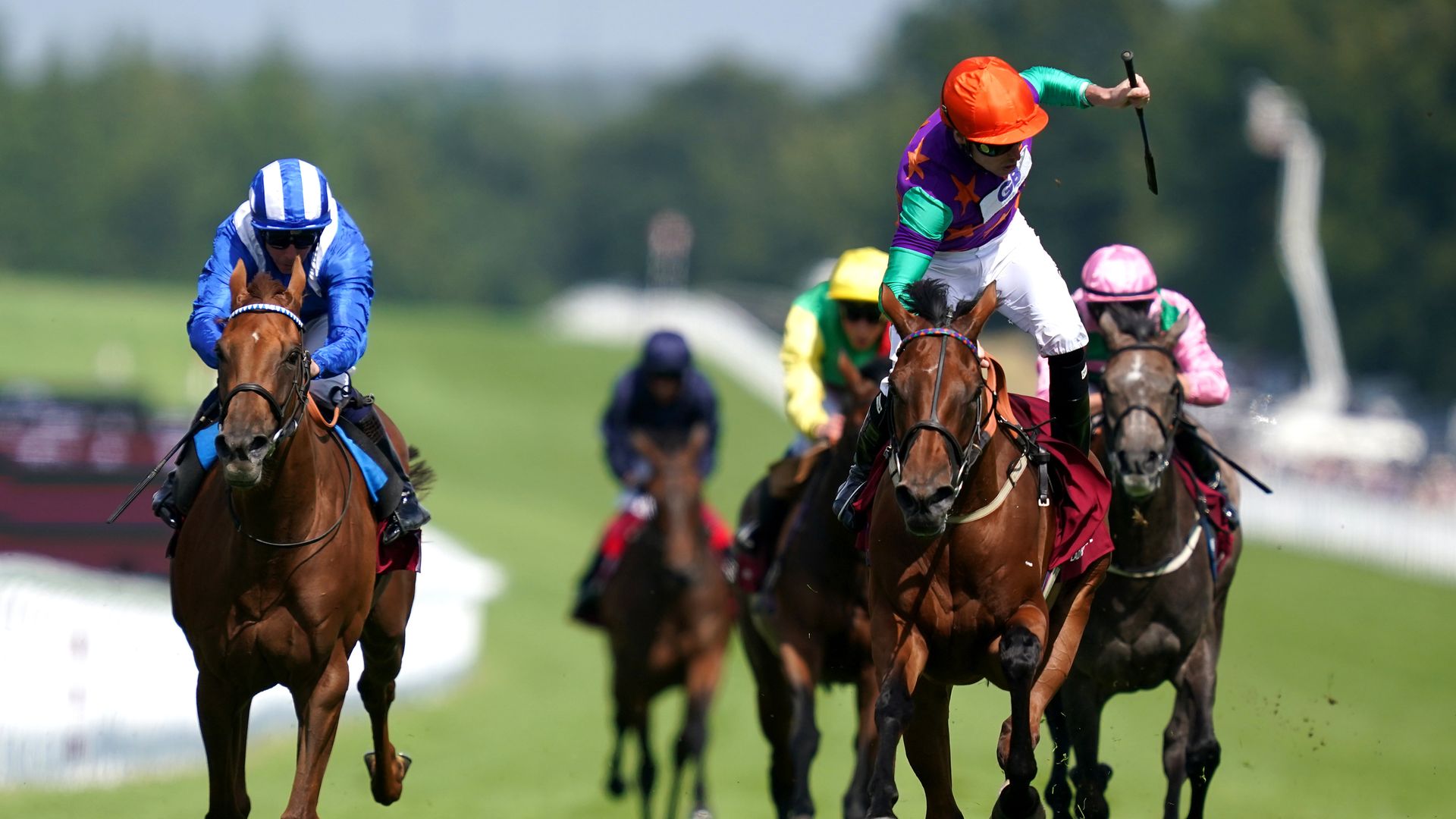 The Prix Jean Romanet is among several options under consideration for Lady Bowthorpe following her heartwarming success in the Qatar Nassau Stakes at Goodwood on Thursday.

Winner of the Group Two Dahlia Stakes on her first start of the season, the Nathaniel mare had since finished second to star miler Palace Pier in the Lockinge, runner-up in the Duke of Cambridge at Royal Ascot and a luckless fourth in the Falmouth Stakes.

Stepping up to a mile and a quarter for the first time, Lady Bowthorpe proved her stamina with an authoritative victory at Goodwood – providing trainer William Jarvis with a first Group One win since Grand Lodge’s triumph in the 1994 St James’s Palace Stakes.

“I haven’t been back (to the yard) myself, but I’ve had reports that everything is good with her this morning,” said the Newmarket handler.

“I think she deserved it. She’d been knocking at the door in a couple of other Group Ones, so it was a very special day.”

However, he confirmed a couple of French Group Ones – including the Romanet at Deauville on August 22 – and even a possible end-of-season trip to Hong Kong were in the melting pot.

Jarvis added: “I’ve got to talk about it (plans) with Emma. There’s a slightly obvious race, now that she seems to be travelling a bit better, and that is the Prix Jean Romanet at Deauville. Then we could look at the Prix de l’Opera, possibly.

“She’s not in the Juddmonte International (at York) and supplementing her wouldn’t be on my agenda, but it’s all open to discussion.

“I would have thought we’ll be sticking to a mile and a quarter, although we could drop back for the Sun Chariot – we’ve got options.

“She won’t go to the Breeders’ Cup, I wouldn’t think, but if she’s still in good form in December we could think about Hong Kong.”

Whether Lady Bowthorpe will return as a six-year-old next season also remains open to question.

Jarvis said: “I don’t know. I suppose now she’s gone and won a Group One, what else could we achieve?

“Again, that’s open to discussion. Emma’s very open-minded and will do the best by the filly.

“The pressure is off now, to an extent. It’s very heartwarming and humbling and I’m delighted for all my staff.

“It’s a real team effort and I’m obviously delighted for (jockey) Kieran Shoemark as well – he deserved it.

“I was slightly blown away by the reception we got – and it was even more special that my partner Linda was there and my son and my grandson and two of my godchildren were there.”

Previous articleNetflix: Does Rafe get charged with Sheriff Peterkin’s murder in Outer Banks season 2?
Next articleLebanon struggles to contain massive fires which continue for the third day