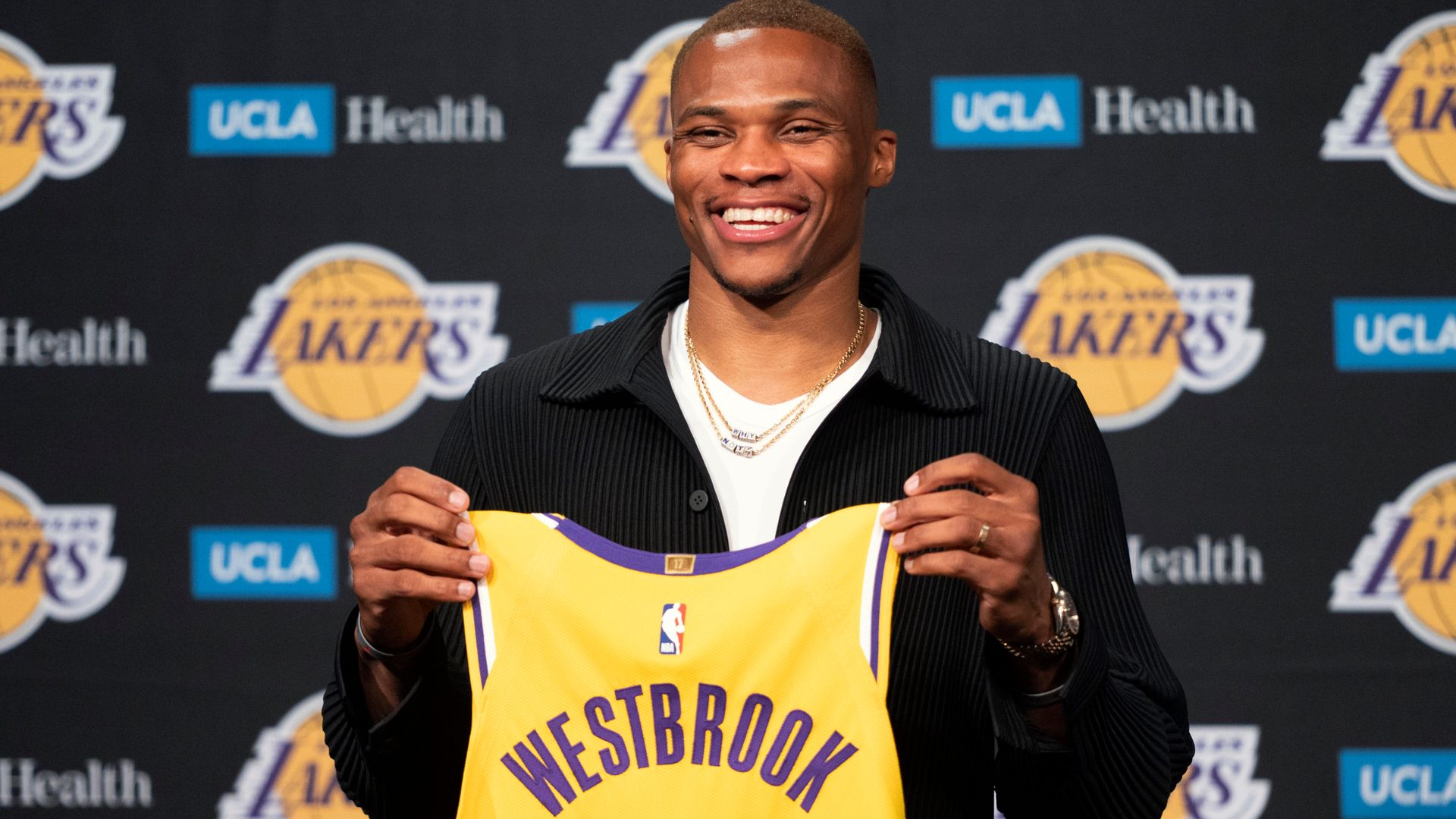 Russell Westbrook said he is joining a “championship-calibre” squad with the Los Angeles Lakers and knows it will be his responsibility to mesh with LeBron James and Anthony Davis on the NBA’s latest super team.

Westbrook was formally introduced as a member of the Lakers at Staples Center on Tuesday alongside coach Frank Vogel and general manager Rob Pelinka.

Los Angeles acquired the star point guard from the Washington Wizards in a blockbuster deal first reported on the night of the NBA draft and finalised at the start of the new league year.

Westbrook, who during his lone season with the Wizards set the NBA record for career triple-doubles (184), is known as a ball-dominant guard. The 2016-17 NBA MVP with the Oklahoma City Thunder was asked how he envisioned sharing playmaking duties with James.

“As you know, Bron is one of the best players to play this game, and his ability to be able to kind of do everything on the floor allows me to be able to just figure it out,” the 32-year-old Westbrook said.

“I’m coming to a championship-calibre team and my job is to make sure that I’m able to make his game easy for him. I’ll find ways to do that throughout the game.

“As it pertains to ball-handling and all that, it really doesn’t matter. There’s many different ways you can impact the game without having the ball in your hands, and I’ve been able to do that for many years and I will figure it out.”

Westbrook hails from Southern California and played collegiately for UCLA. He grew up rooting for the Lakers and later forged a friendship with the late Kobe Bryant — a relationship he said “hasn’t left my head” since Bryant’s untimely death in 2020.

“That will be with me every time I put that Laker jersey on,” Westbrook said Tuesday.

“One is that he’s one of the most liked and respected and beloved players in the league by players he’s played with,” Pelinka said.

“He’s an incredible leader, and when you talk to teammates from the other storied franchises he’s played for, to a man, the input you get is that he’s one of the great teammates they’ve played with. … And then the second thing is I think he is an elite class of players in terms of his competitive nature.”

Pelinka has constructed a team that includes not only James, Davis and Westbrook, but also the new additions of veteran forward Carmelo Anthony and center Dwight Howard. Those five players alone have 52 NBA All-Star nominations among them — and only one of them, Davis, is younger than 30.

Westbrook, a nine-time All-Star and nine-time All-NBA selection (including two first-team selections), joins Los Angeles in search of his first NBA championship. In 13 seasons with the Thunder (2008-2019), Houston Rockets (2019-20) and Wizards, he owns career averages of 23.2 points, 8.5 assists, 7.4 rebounds and 1.7 steals per game.

In 2019-20, Davis’ first season alongside James, the Lakers beat the Miami Heat to win the NBA championship in the pandemic-induced bubble in Orlando, the franchise’s 17th league title. But last season, the Lakers earned the No. 7 seed in the Western Conference out of the play-in tournament before losing in the first round to the Phoenix Suns.