Salford are to reunite Tonga half-backs Ata Hingano and Tui Lolohea in a bid to revive their flagging Super League campaign.

The Red Devils, who have won just one of their first nine matches, have signed the 24-year-old Hingano on a deal to the end of the season, with the option to extend for a further two years.

Hingano, who is awaiting visa clearance, played alongside Lolohea at New Zealand Warriors and at international level with Tonga.

They were in tandem when Tonga pushed England all the way in the 2017 World Cup semi-final in Auckland.

Hingano, who also played in the NRL for Canberra, has been playing this season with Queensland team Mackay Cutters. 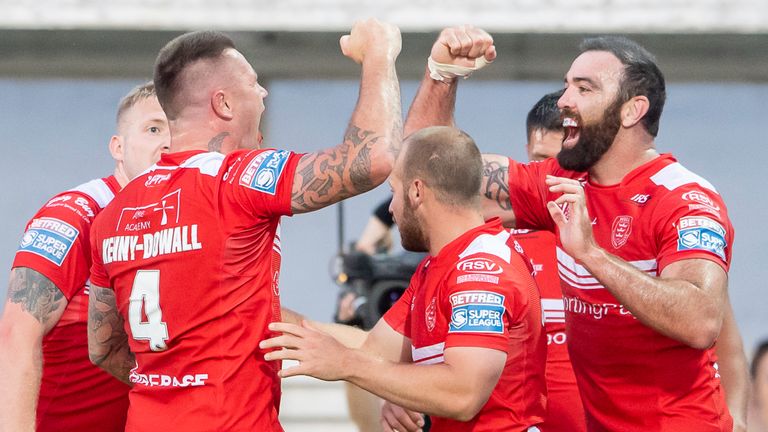 Highlights from Hull KR’s win against Salford in Super League

Salford coach Richard Marshall said: “Ata is a brilliant addition to the squad and I’m happy to now have everything over the line regarding the signing.

“Having competed at an elite level over in the NRL and for his country, Ata promises to be an exciting player who despite still being quite young, will provide a good level of experience and knowledge.

“We’re looking forward to working with Ata. He’s a great organiser and kicker and he’ll complement our existing half-backs. He’s also quite young so still has time to grow and develop.”

Hingano will help plug the short-term hole created by injury to half-back Kevin Brown, who is hanging up his boots at the end of the year.

Director of rugby and operations Ian Blease said: “With our injury list not improving for some weeks yet, it is important that we show our supporters and sponsors that we are determined to compete at the highest level and Ata’s signing and pedigree gives us that new player injection which I’m really excited about.”