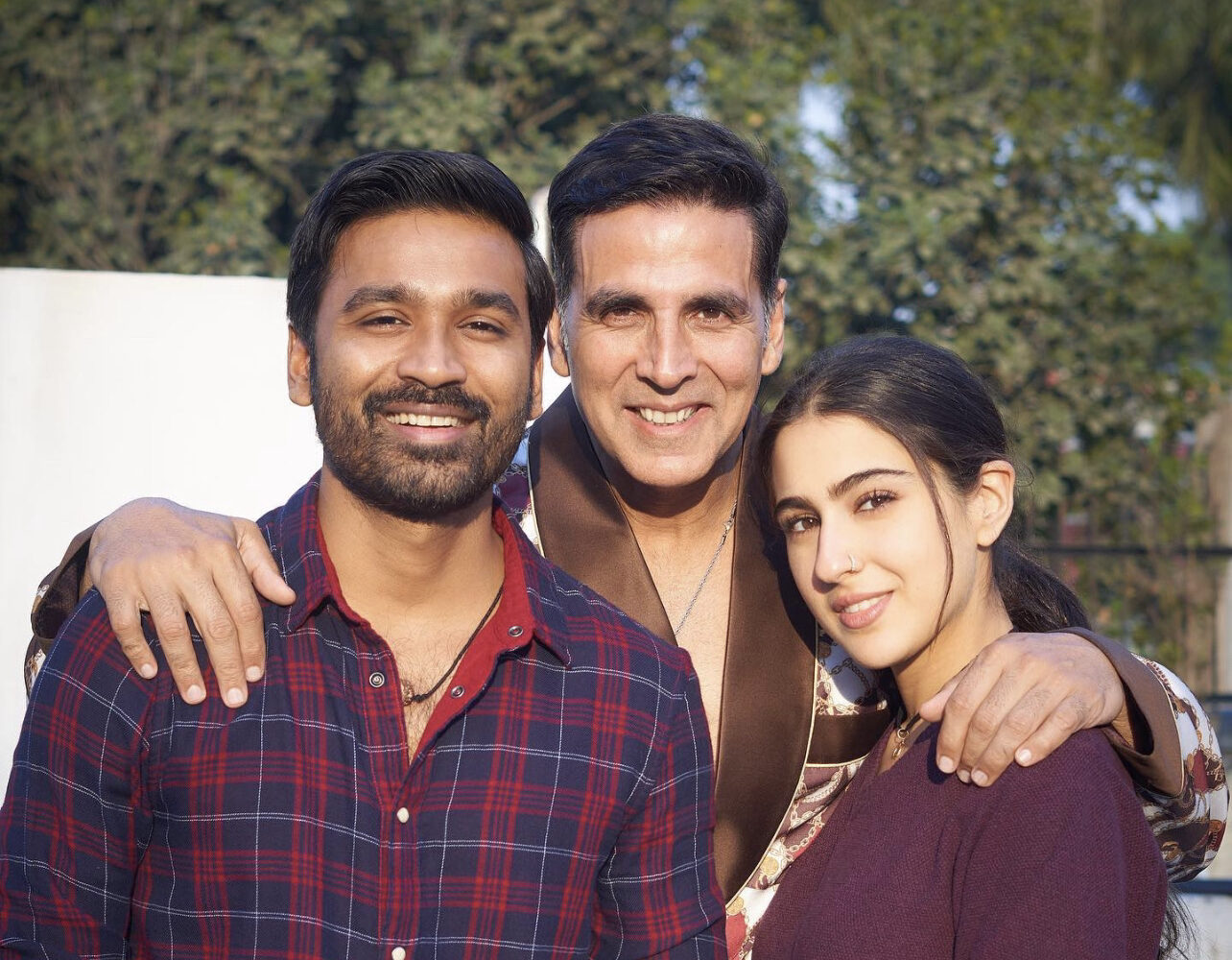 Bollywood’s one of the promising starlet Sara Ali Khan is making sure to prove her worth in the tinsel town with her back to back movie deals. The gorgeous diva is collaborating for the first time with superstars Akshay Kumar and Dhanush for the forthcoming movie ‘Atrangi Re’.

Sara has undoubtedly a large and loyal fanbase throughout social media and it continues to develop by leaps and bounds, every day. Be it her charming looks, witty shayaris or intense workout videos, the actress’ social media game has always been on point. Whenever she puts across something on her social media handle, it takes the nation by a storm.

Keeping up with trajectory, Sara on Saturday announced the wrap of her movie ‘Atrangi Re’, and shared some BTS memories with the star cast and the ace filmmaker Aanand L Rai on her Instagram handle. The movie was completed after shooting for almost a year.

Marking the special day, Sara penned a gratitude note for Aanand L Rai, Dhanush and Akshay. The ‘Simmba’ fame actress thanked the director for giving her this opportunity, his unconditional love, and unwavering support. Sara also thanked Dhanush for motivation, inspiration, and for introducing her to varieties of South Indian food.

Finally she expressed her gratitude to the ‘Khiladi Kumar’ for bringing positivity on the sets of the movie. Sara also apologised to Akshay for stalking him for the photos in the costumes.

“That’s a film wrap Ek saal baad Thank you so much @aanandlrai sir for giving me this role, this film and this opportunity. But more than that thank you for your unconditional love, unwavering support, the best India darshan, delicious khana, early morning sunrise drives to location, sufi ginger water evenings, and the most memorable year with the best team,” Sara wrote in her post.

“@dhanushkraja thank you for always being helpful, motivating and inspiring. Couldn’t have asked for a better partner in this journey and yes thank you for introducing me to your amazing music and mouth watering varieties of South Indian food (even though we could’ve avoided that indulgence during shoots) And thank you so much @akshaykumar sir for bringing so much love, laughter, energy and positivity on our set and sorry for stalking you for photos in all our costumes sir,” she added.

‘Atrangi Re’ went on floors in Varanasi in March 2020. The shoot of the film was resumed in Madurai in October and later was completed in Delhi. Written by Himanshu Sharma, ‘Atrangi Re’ is a romantic drama, in which Sara will appear in dual roles for the very first time in her career.

The movie is produced under the studios T-Series, Colour Yellow Productions and Cape of Good Films. It is Dhanush’s third Hindi film. The A R Rahman musical will be hitting the screens on August 6.