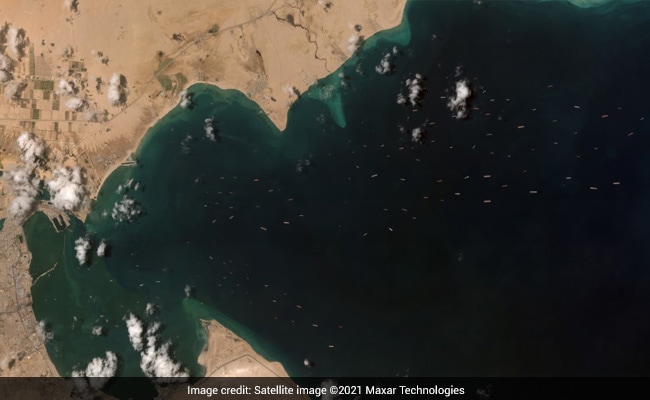 The giant MV Ever Given cargo ship that has been wedged diagonally across Egypt’s Suez Canal – one of the world’s most vital waterways – since Tuesday, has blocked over 120 ships at the southern entrance to the trade route, a high-resolution satellite image has revealed. The photograph shows nearly 2,500 square kilometers of sea area near the canal, which is peppered with scores of anchored ships waiting for the unblocking of the waterway.

Other photographs clicked by Maxar’s WorldView satellites provide a detailed look of the ongoing operation to unblock the artificial trade route that connects the Mediterranean Sea to the Red Sea. The images show earth-moving equipment excavating sand near the bow of the ship. 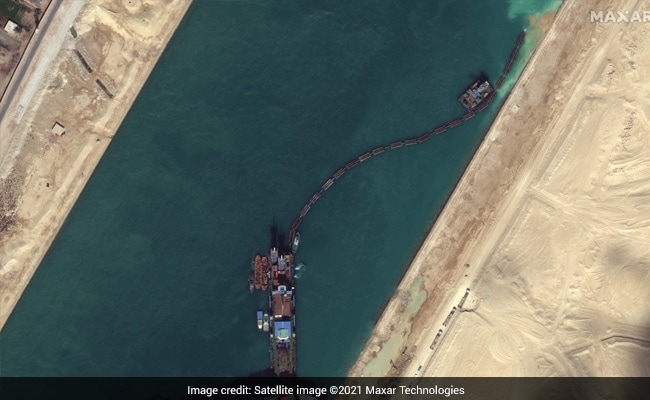 The ship’s grounding is holding up some $9.6 billion worth of cargo each day between Asia and Europe, news agency AFP reported. The Suez Canal Authority chief Osama Rabie has said that Egypt – which controls the canal – has been losing around 14 million dollar per day in revenue because of the accidental blockade. He today said that technical or human errors could have played a part in the grounding of the ship, apart from strong winds and weather factors. 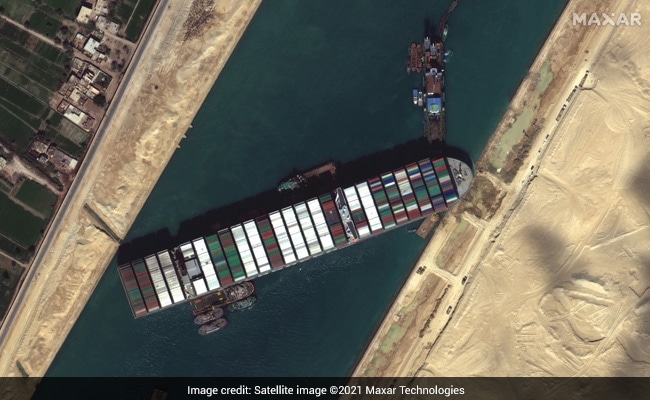 Asked when the ship would be afloat, he said it was possible “today or tomorrow, depending on the ship’s responsiveness to the tides.” 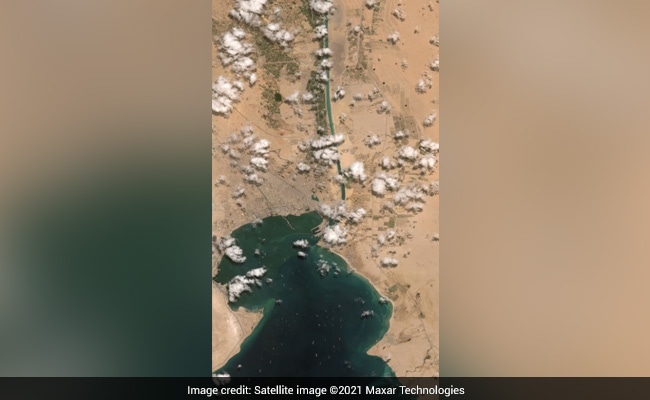 “The type of soil we’re dealing with is very difficult to manage, as are the tides which affect the vessel due to its size and its cargo load,” he was quoted by news agency AFP.

The MV Ever Given, which is longer than four football fields, is blocking the path of over 300 vessels at each end of the canal.

(With inputs from AFP)