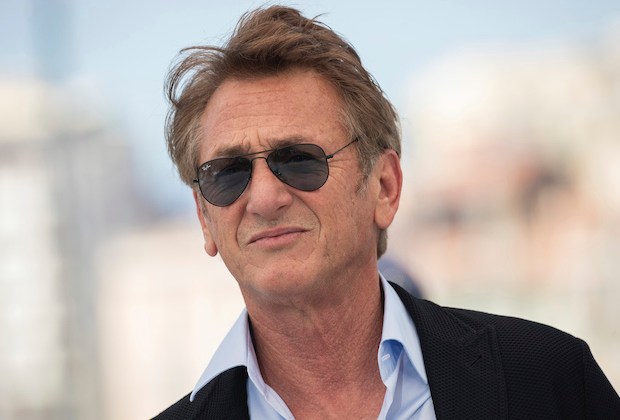 Sean Penn is refusing to return to work on the Watergate-themed Starz limited series Gaslit until the entire production, not just the cast and key crew, has been vaccinated against the COVID-19 virus.

As reported by our sister site Deadline, Penn made clear his stance to producer UCP upon returning from the Cannes Film Festival premiere of Flag Day, a film he directed and stars in alongside Katheryn Winnick (Big Sky), his daughter Dylan Penn, and Josh Brolin. Penn reportedly has a couple weeks’ worth of filming left on Gaslit.

Current COVID safety protocols in Hollywood, which were the product of much negotiation with assorted unions, only afford producers “the option to implement mandatory vaccination policies for casts and crew in Zone A on a production-by-production basis,” Deadline notes. (Zone A includes where unmasked actors congregate and perform on set, surrounded only by key crew members.)

Beyond Zone A is a far larger assembly of crew members and workers who are not obligated by existing protocols to be vaccinated. UCP, though, has always kept close to the set a mobile clinic from which anyone can receive the COVID vaccine of their choice, plus any required follow-up.

Per Deadline, Penn is fully vaccinated and has taken this stance not out of any concern for himself or his costars, but knowing that unvaccinated crew members not stationed in Zone A can potentially spread the virus. But again, (many) unions are involved, so no producer can simply snap their fingers and have Penn’s wish be fulfilled.

Based on real-life events, Starz’s Gaslit follows Martha Mitchell (played by Julia Roberts), a celebrity Arkansan socialite and wife to Nixon’s loyal Attorney General, John Mitchell (played by Penn). Despite her party affiliation, Martha is the first person to publicly sound the alarm on Nixon’s involvement in Watergate, causing both the Presidency and her personal life to unravel. As Attorney General, Mitchell is Nixon’s most trusted advisor and best friend. Temperamental, foulmouthed and ruthless – yet hopelessly in love with his famously outspoken wife – he’ll be forced to choose between Martha and the President.

Loki Director Talks About Trickster & Sylvie’s Kiss Getting Labelled As Incest: “I Don’t See Them As Being Like Brother & Sister”