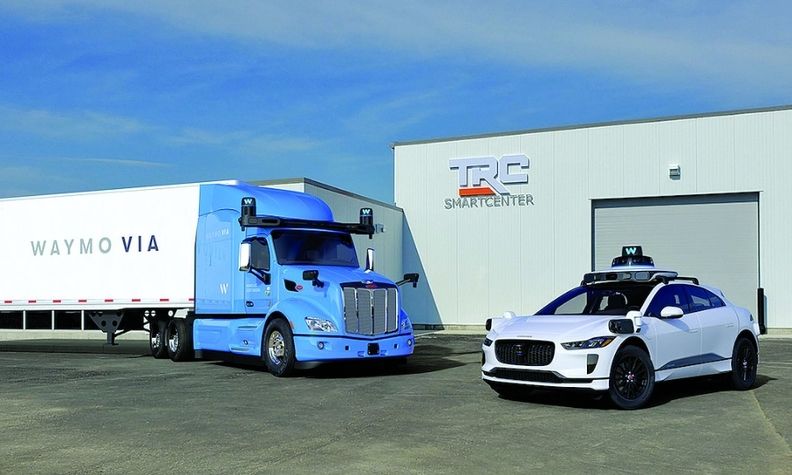 Whether the transition from human drivers to automated ones results in severe layoffs that occur in a short time frame or as smaller disruptions over decades is a simmering question, the answer to which carries substantial implications for affected workers and the U.S. economy writ large.

“We can argue about the scope and timeline, but what we can’t argue about is that this is a reality,” Meera Joshi, acting administrator at the U.S. Department of Transportation’s Federal Motor Carrier Safety Administration, said in remarks at the agency’s research and technology forum this month. “There will be a major shift in work force.”

A pair of studies issued this year by the department found there’s “vast uncertainty” about the nature of that shift and impact of its disruption on approximately 4.5 million commercial drivers, though both conclude there are no imminent large-scale layoffs coming because of automated-driving technology.

Job losses may first occur in the long-haul trucking sector, which accounts for 300,000 to 500,000 of the current 1.8 million heavy-truck and tractor-trailer driving jobs, because highway driving will be a less complex task to automate, according to “Driving Automation Systems in Long-Haul Trucking and Bus Transit,” a Transportation Department report conducted at the behest of a congressional act, which also involved the Labor and Health and Human Services departments.

But the report suggests natural attrition would absorb much of the disruption and that widespread adoption of self-driving systems remains a long-term endeavor that plays out over decades.

Likewise, a separate report issued by the Department of Transportation’s Volpe National Transportation Systems Center, titled, “Macroeconomic Impacts of Automated Driving Systems in Long-Haul Trucking,” concluded that driving automation will enhance economic productivity by billions of dollars, benefits that can “likely be reaped without mass layoffs of long-haul truck drivers.”

While the two reports reach generally similar conclusions, they approach the subject from distinct angles. The first emphasizes the uncertainty surrounding the matter and avoids projections on technology adoption rates; it encompasses both the trucking and public-transportation landscapes. The latter is more pointed, analyzing the potential job losses and potential productivity gains specifically from long-haul trucking on the larger economy.

There are a variety of ways private industry intends to commercialize self-driving tech in the trucking realm. Companies such as Waymo and Aurora are building virtual drivers that can be implemented on vehicles ranging from robotaxis to Class 8 trucks while others, including TuSimple and Kodiak Robotics, are building self-driving systems specifically for long-haul trucking applications. Some players, such as Gatik, aim to deploy on smaller arterial routes. Others, among them Peloton Technology, are examining the feasibility of placing lines of trucks that travel in close-knit platoons along roadways.

The Transportation Department published the first study, spurred by the 2018 Consolidated Appropriations Act, in the final week of the Trump administration, while the Volpe Center released its study during the first week of the Biden administration.

The advent of automated-driving technology remains a politically delicate topic, with both administrations looking to balance an innovation-friendly posture with one that protects blue-collar jobs.

Finch Fulton, a Transportation official in the Trump administration who now is vice president of policy and strategy at Locomation, a Pittsburgh company developing automated driving systems that incorporate humans into their operations, suggests fear of the potential for job loss is unfounded.

“If you are a trucker today, you are unlikely to lose your job due to automation,” he said.

The average age of truck drivers is 48, according to the “Driving Automation” report. Over the next 15 years, 42 percent of the trucking work force will reach or surpass age 65. Drivers who do not retire before the impact of automation arrives may find adjacent job opportunities. Driving is only one portion of a trucker’s job. Inspections, maintenance and loading still are likely to be done by humans.

Automation does not necessarily mean replacement. Several tech companies operating in the trucking realm, such as Plus, Pronto and Locomation, are first building driver-assist systems that require human oversight rather than concentrating on longer-term fully autonomous systems.

“Maybe supervised driving is really upping the game in creating an attractive work environment,” he said. “It’s more like having an office job than operating heavy machinery. This could help immensely with hiring of young drivers.”

Both reports suggest employment changes will not be limited to losses.

The Volpe Center’s report projects $111 billion more in spending based on the advent of fully autonomous long-haul trucks, and a net increase in total U.S. employment by 26,400 to 35,100 jobs during the time period studied despite a reduction in the long-haul trucking work force. In its worst-case scenario, the researchers say the maximum layoff figure expected in a single year is 11,000 workers, 1.7 percent of the long-haul work force.

Likewise, the “Driving Automation” report finds that — though they may be more difficult to quantify — new job opportunities likely will rise as others diminish.

“Jobs that are potentially impacted by driving automation are easily identified, but the potential future jobs that may be created by its introduction are hypothetical,” the report noted, examining previous job disruptions. “Automation is not a one-way ratchet in which human jobs are progressively eliminated. Instead, the impacts have been much more complex.”

U.S. and Mexico fail to resolve dispute on trade rules for light vehicles