US bank chief analyst Morgan Stanley predicts US stocks and Wall Street markets will continue to rise for a month or two from now, but will decline again during the next year 2023.

Mike Wilson, Morgan Stanley’s chief equity strategist, said corporate profits may not decline fast enough to convince investors how bad 2023 is, so markets could rally for a month or two from now, before transforming. in losses and declines during the following year.

And Wilson added in a recorded television interview with him conducted by “Bloomberg” and followed by “Al Arabiya.net”that the profit optimists are hiding the pain that will come in 2023, and therefore the stock market could rise for a few more months.

“We are not sure that earnings will fall fast enough to convince the market of how bad 2023 is going to be in terms of earnings, “he said.

This week, major US companies such as Bank of America and Netflix outperformed Q3 earnings, helping the benchmark S&P 500 index climb 2.3%.

But Wilson believes investors have stopped buying in bear market rally and now they are so tired they are waiting for a clear stock market bottom.

“People are tired, they want to get over it,” he said. “Let’s do it and move on to next year.”

“The risks to the stock market are on the growth side … however, the markets are not trading in straight line, so we’re seeing some upside here and think it could continue for a month or two, ”Wilson added.

Wilson said that releasing fourth quarter earnings reports in February 2023 is likely to punch any rally as companies finally accept that there is a recession and begin to revise their targets.

“We are now going to take the final step, which will all be based on disappointment with earnings,” he added.

Wilson added: “Every investor knows that the profits are very high compared to next year, but the profits remain very flat on the upside, because the companies have not ignored it. It is a process, it always takes more time than it should and we think it absolutely should. be by the end of the fourth quarter earnings season in February. 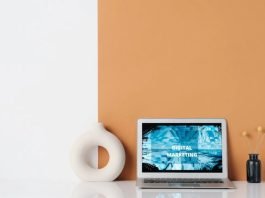