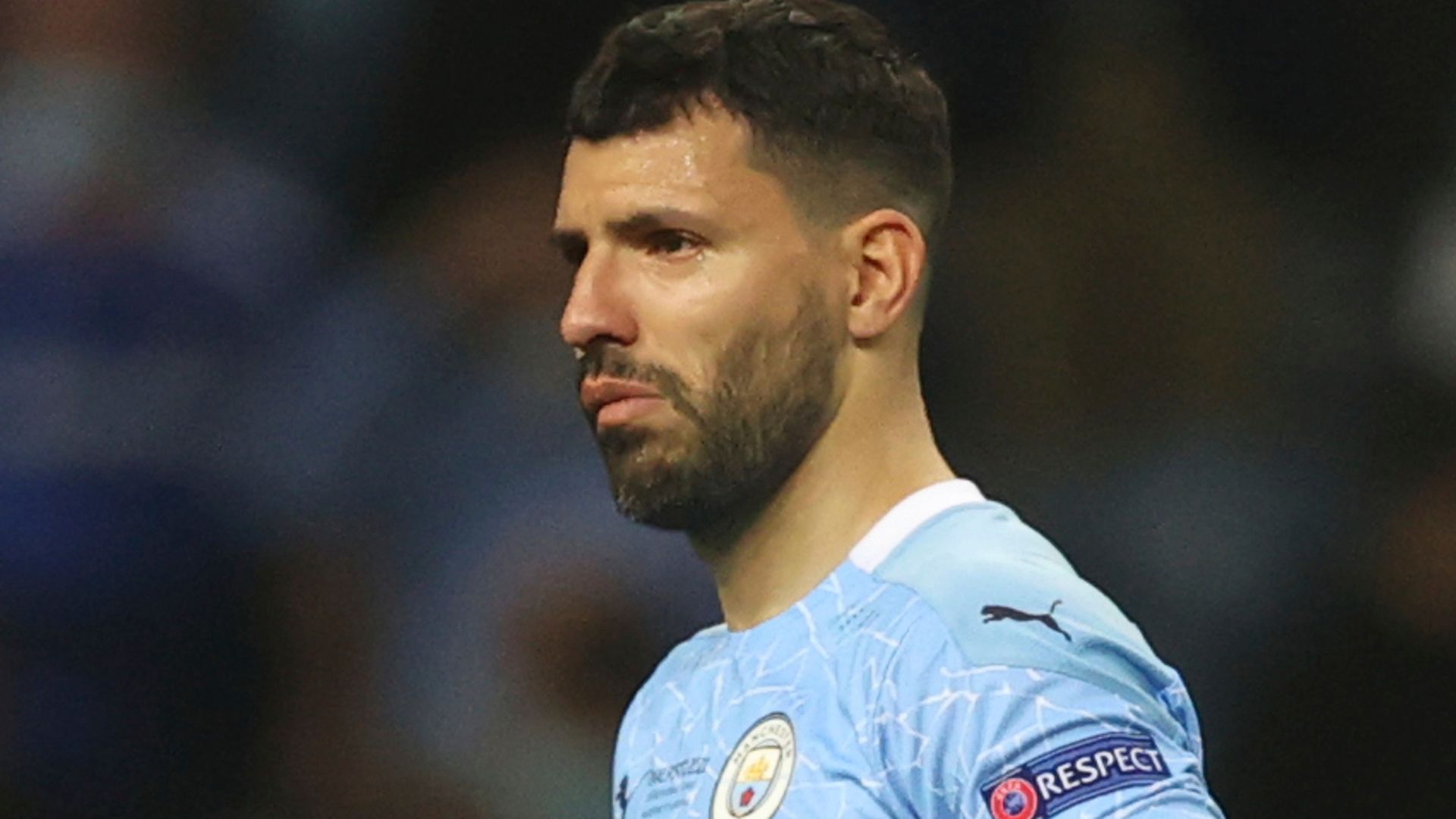 Sergio Aguero will be replaced with the “right player” and Manchester City will not “sit back” in the summer transfer window, says chairman Khaldoon Al Mubarak.

On Monday, Aguero was unveiled in a Barcelona kit at the Nou Camp after signing a two-year contract with the club and he will move back to La Liga on July 1 after his Manchester City deal expires.

The Argentina striker, who will link up with his long-time friend and international team-mate Lionel Messi, is set to depart the Etihad Stadium after winning five Premier League titles, one FA Cup and six League Cups. He is the fourth-highest goalscorer in Premier League history and City’s top scorer of all time with 260 goals in 390 appearances in all competitions.

Harry Kane has told Tottenham that he wants to leave the club this summer and will decide upon his future following the European Championships.

The 27-year-old, who described Kevin De Bruyne as a “striker’s dream” in an interview with Gary Neville earlier this month, has been linked with a move to City, while Borussia Dortmund forward Erling Haaland has also been touted as another potential target to succeed Aguero as their main striker.

Al Mubarak told City TV: “We lose a very important legend in Sergio Aguero, very hard shoes to fill but I am confident that we will find the right player to fill those shoes.

“There are other areas within the team which need investment, not too many, it’s not about numbers it is about quality. I think the squad is a phenomenal squad, you don’t win the Premier League and reach the Champions League final without that and we have it. We will bring quality into the squad in a couple of key positions.”

Eric Garcia will also follow Aguero to the Nou Camp on a free transfer after he signed a five-year deal, and the 20-year-old defender is to return to the club which he left in 2017.

After the acquisitions of Nathan Ake (£40m) from Bournemouth, Ruben Dias (£65m) from Benfica, and Ferran Torres (£20.8m) from Valencia, and the departures of Leroy Sane (£54.8m) to Bayern Munich, Nicolas Otamendi (£13.6m) to Benfica, and David Silva (free) to Real Sociedad last summer, Al Mubarak is predicting another busy window.

He said: “One of the things I have learned over the years is that you need to bring in talent into the team, refresh, and particularly when you are at a high level.

“Having won the league, it is not the time to sit back and be content, that would actually be your biggest mistake. This is how to send a strong message that there is no contentment, that you’re not satisfied with just winning the league.”

‘We’ll be back after Champions League final defeat’

City won the Premier League by a 12-point margin this season and defeated Tottenham 1-0 at Wembley in April to win the League Cup for the eighth time in the club’s history, however, disappointment was apparent in Porto last Saturday after Pep Guardiola’s team were favourites going into the showpiece, but lost to Chelsea at the Estadio Do Dragao.

Despite the failure to win that elusive piece of European silverware, Al Mubarak firmly believes that City’s continued success will make it a formality that the club will challenge in the latter stages of the Champions League every season going forward.

He said: “As sad as we all are of losing the Champions League final, we will be back.

“And more importantly these titles [points to the Premier League and League Cup] we will always be there, that I promise. I know Sheikh Mansour is immensely proud, his vision of what he wanted when he arrived over the next 10 to 12 years has been achieved.

“You can’t win every year but year in, year out we are going to be there. It’s about going forward and whenever we have setbacks, regrouping and coming back stronger.

“The record of the last 10 years gives me and should give everyone the confidence and the knowledge that we are going to come back.”

After winning eight major honours since his arrival in 2016, Guardiola has said he wants a long-term future at the Etihad because the club “gives the manager everything he needs”.

The feelings are mutual for chairman Al Mubarak, who thinks the Spaniard can enjoy further success after a trophy-laden five years so far.

“This partnership has been a great partnership, he is in the right environment,” he said.

“He has got the right infrastructure around him, we have the greatest trust and the greatest relationship and we have achieved so much so the journey goes on, and it will go on as long as Pep is happy and we are happy.

“To the Man City fans I say be positive, be confident, enjoy these moments, look forward to the next season and we’ll take it one season at a time.”

Previous articleWHO Approves China’s Sinovac Covid Vaccine For Emergency Use
Next articleNetflix: Head back to the 1980s with a nostalgic Stranger Things version of Trivial Pursuit