Shah Rukh Khan is one of the superstars of Bollywood. Often he is called the Badshah Of Bollywood and King Khan. He has appeared in more than 80 films so far and has bagged nearly 14 Filmfare awards. The actor often regards his success to his wife Gauri Khan, who had stayed with him through thick and thin.

While Gauri Khan has largely stayed away from films, she did appear in a few commercials with SRK. And one of the commercials was way back in the ’90s, where the two appeared for the first time after their marriage. Indeed they make for a cute couple. Take a look at the commercial below: 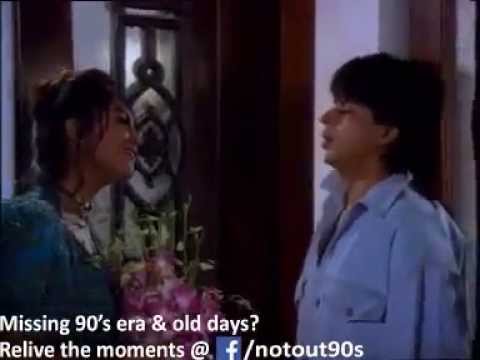 Shah Rukh Khan, who was born and raised in Delhi, left the city and had shifted to Mumbai to pursue his acting career in Bollywood. He tied the knot with his ladylove, Gauri Khan on October 25, 1991. Shah Rukh is not only a ‘King of Romance’ on screen but also off-screen as well. He never fails to showcase his candid love for his wife publicly.

It is also worth pointing out that Shah Rukh Khan and Gauri have been raising the standards of love really high and had set couple goals for everyone. Both had their shares of ups and downs but they had not let it affect their relationship. From the struggling years in the initial phase of their relationship to ruling over the world, the couple has come a really long way.

Not only Shah Rukh Khan enjoys a massive fan following but Gauri Khan too has a huge fan following on social media. Often she shares delightful picture with SRK on Instagram which grabs everyone’s attention.

What do you think about the old commercial featuring young Shah Rukh Khan and Gauri Khan? Let us know in the comments.