Although Shang-Chi and the Legend of the Ten Rings has only just been released by Marvel, all eyes are on the hero’s future. Disney’s first Chinese superhero has already saved the entire world, but people are questioning whether he’ll be looking to tackle a quest for love next. Throughout the film, hints were thrown around about Shang-Chi’s relationship with his friend Katy (Awkwafina). Now, Simu Liu has given some new details on their connection.

.Shang-Chi ending explained: What happened at the end of Shang-Chi?

During the course of Shang-Chi, the pair certainly got extremely close, with her grandmother even questioning when they would be getting married.

And although they look like the perfect match, Simu isn’t sure their relationship is currently romantic.

Simu said: “I think Shaun and Katy have a really wonderful relationship where they support each other, where they love each other in their way, and they have this carefree energy where they can really, truly be themselves around each other.” (Via The CS Network)

The Chinese-Canadian star added: “Whether that’s romantic or not… that’s not necessarily up for me to decide.”

What do you think? Should Shang-Chi and Katy get together? Join the debate in the comments section here

Shang-Chi: Simu Liu spoke out about a romance in the MCU (Image: MARVEL)

Shang-Chi and Katy could get together in the future (Image: MARVEL)

Simu didn’t stamp out the possibility of a Shaun and Katy relationship, however.

He added: “I think the door is certainly open, but I think people are just gonna have to tune in.

“Hopefully we’ll get another chance to revisit the characters, and then we’ll see what happens.”

Katy star Awkwafina has similar feelings about a relationship blossoming between the two friends. 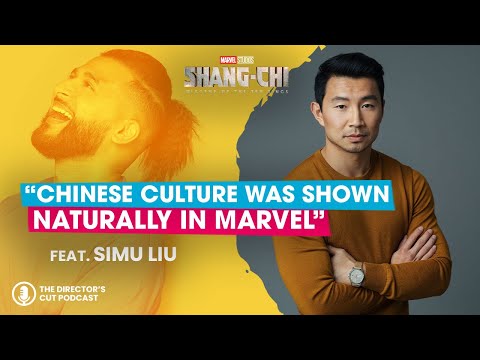 Shang-Chi: Will Awkwafina make a return as a love interest? (Image: MARVEL)

Awkwafina said of the pair’s relationship: “I dunno. I think they have a really, really strong friendship, and that friendship is one based on loyalty and a blind trust on Katy’s part, for sure, and also kind of an unspoken understanding.

“I think Shang-Chi is going through a lot in this movie, maybe taking on a kind of neurotic girlfriend [is] not the best thing that you want to do.”

Despite this, she added: “But I think if anything were to happen, it would be founded on that friendship.”

Katy is a brand new character in the Marvel Cinematic Universe, so the future of their relationship is currently unpredictable.

Considering Shang-Chi’s identity isn’t exactly a secret at the moment, starting a romantic relationship with Katy could make things more complicated for him, potentially putting her in danger.

Alternatively, Katy might find herself in the middle of a love triangle as Shang-Chi finds love elsewhere in the MCU.

In the Marvel Comics, Shang-Chi has some notable romantic relationships, including flings with superhero Tarantula and lawyer Delilah Wang.

Thankfully, fans will most likely see this all play out in real-time as Shang-Chi has dominated at the box office.

The previous record-holder was the 2007 Halloween remake, which claimed a rather large $30 million box office.

Shang-Chi and the Legend of the Ten Rings is in cinemas now.