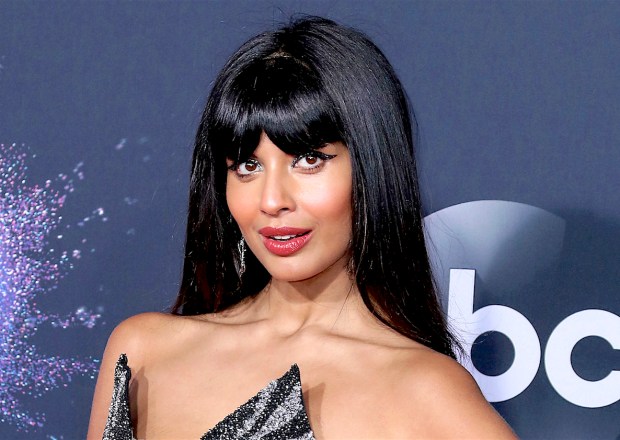 She-Hulk‘s new nemesis has spent some time in the Bad Place: Jameela Jamil (The Good Place) has signed on to play villain Titania in Disney+’s upcoming Marvel series, according to our sister site Variety.

Emmy winner Tatiana Maslany (Orphan Black) stars as the titular superhero, aka Jennifer Walters, a cousin of Bruce Banner’s who is a savvy lawyer — and who has some of her cousin’s superpowers, thanks to an emergency blood transfusion. Jamil will play Titania, “a Marvel supervillain with incredible strength and a frequent rival of She-Hulk,” per the report.

Jamil joins a cast that includes not only Maslany but Renée Elise Goldsberry (Girls5eva, Hamilton) as Amelia and Ginger Gonzaga (I’m Dying Up Here) as Jennifer’s best friend. Plus, Mark Ruffalo will reprise his role as The Hulk, while Tim Roth will return as his Hulk character of The Abomination.

Best known for playing recently deceased snob Tahani on the NBC afterlife comedy The Good Place, which wrapped up a four-season run last year, Jamil now hosts the TBS game show The Misery Index. She also serves as a judge on the HBO Max competition series Legendary, which capped off its second season this week. (Check out our finale recap here.)