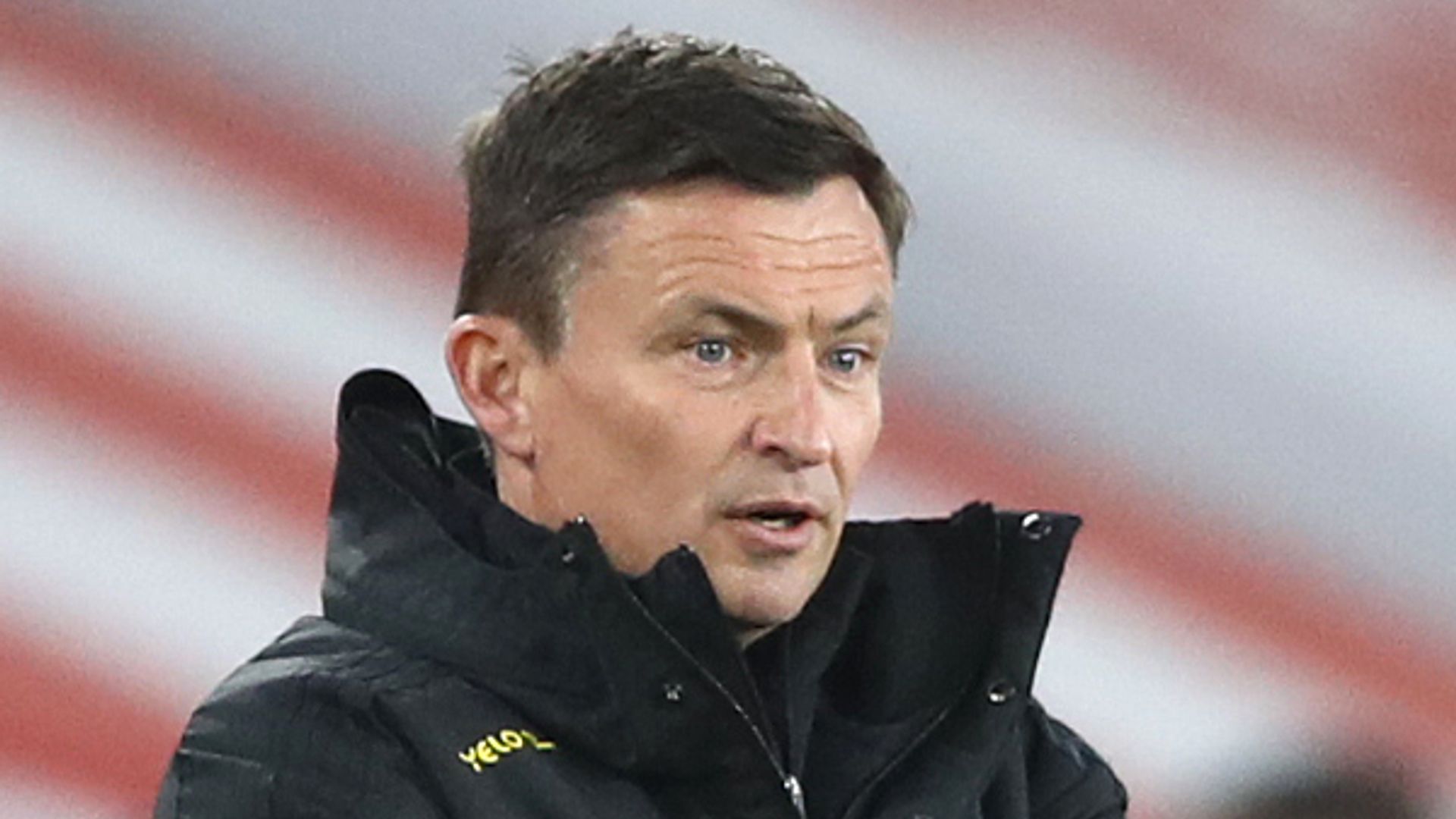 Sheffield United have narrowed down their managerial search to a shortlist of five, which includes interim boss Paul Heckingbottom.

Heckingbottom was placed in temporary charge of the team in March following Chris Wilder’s departure from the club after a five-year spell at Bramall Lane.

The former Barnsley, Leeds and Hibernian manager was unable to prevent United’s relegation from the Premier League, which was finally confirmed after a 1-0 defeat to Wolves on April 17.

However, United chief executive Stephen Bettis has confirmed Heckingbottom remains in contention for the role on a permanent basis.

“The process of searching for a new manager to lead Sheffield United next season and beyond continues and remains the biggest priority at Bramall Lane,” said Bettis.

“When Paul Heckingbottom was placed as interim manager back in March, we commented that he would remain in charge of team matters until the end of the season.

“The reason for this is that it would give us the time to thoroughly explore every option available to us.

“That remains the case. We have spoken to a number of potential candidates, both in this country and abroad, and will continue to do so in the best possible interests of the club, due diligence is an important factor as we strive to appoint the right person to enable us to make a promotion push from the EFL Championship.

“We have now cut our search down to a shortlist of five candidates, which includes Paul Heckingbottom, who has performed commendably in the circumstances, and the board of directors will continue to take time to deliberate whilst the current season remains in progress.

“On behalf of the board, I would like to thank all Unitedites for their patience.”

Sheffield United next face Tottenham away from home on Sunday, live on Sky Sports.

Previous articleTop Defence Body DRDO To Set Up 500 Medical Oxygen Plants In 3 Months: Rajnath Singh
Next articleNever been a PM like it! Brian Cox staggered at Boris 'losing his cool' – 'extraordinary'