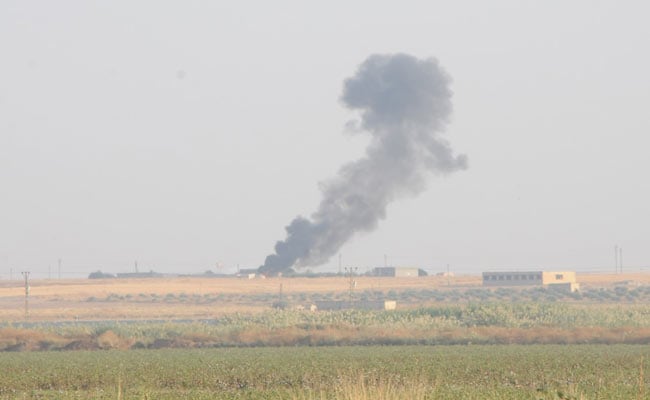 Shelling of the rebel-held city of Afrin in northern Syria killed at least 18 people on Saturday, many of them when a hospital was hit, a war monitor said.

The Syrian Observatory for Human Rights said a doctor, three hospital staff, two women and two children died at Al-Shifaa hospital in the city which is held by Turkish-backed rebels.

A rebel commander also died at the hospital, the Observatory said, adding that 23 people were injured.

An AFP correspondent shot footage of white-helmeted aid workers in the hospital courtyard strewn with bodies.

“Most of the victims died in shelling on the hospital,” the monitoring group said in a statement, warning the casualty toll could rise further with some of the wounded in a critical condition.

The artillery fire originated from northern Aleppo province “where militia faithful to Iran and the (Syrian) regime are deployed, near the zones run by Kurdish forces”, the Britain-based group said.

The Kurdish-led Syrian Democratic Forces (SDF) issued a statement denying any involvement in the shelling.

The region, like all areas held by pro-Turkish rebels, regularly witnesses targeted killings, bombings and shootings.

Syrian regime shelling on the opposition-held Idlib enclave killed 12 people Thursday, one of the deadliest violations of a 15-month-old ceasefire, the war monitor said.

The conflict in Syria has killed nearly 500,000 people since it started in 2011 with the brutal repression of peaceful demonstrations.