Should You Upgrade Between the Google Pixel 7 and 7 Pro and Old Google Phones?

Google’s top line of products is the Pixel 7 series. 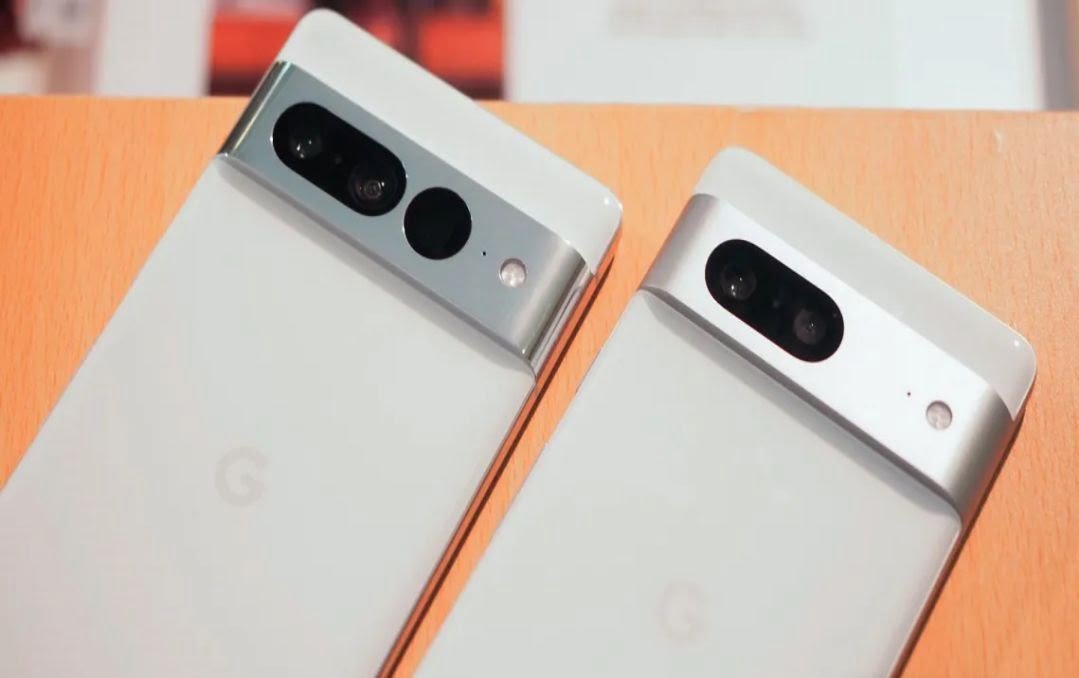 With the Pixel 6 and Pixel 6 Pro last year, Google entered legitimate flagship territory again, and the Pixel 7 series continues the trend. Iterative releases like the Pixel 7 and 7 Pro aren’t necessarily negative for a corporation whose biggest issue is consistency. You naturally receive the expected advancements with quicker CPUs, a more polished design, and the most recent software package.

The Pixel 7 and 7 Pro don’t represent significant changes or a departure from Google’s recipe from the previous year. This raises the intriguing issue of whether upgrading to a Pixel 7 series device if you currently own an earlier Google phone is worthwhile. To discover, we compare Google’s newest with everything that has come before.

Google Pixel 7 vs. Pixel 6a 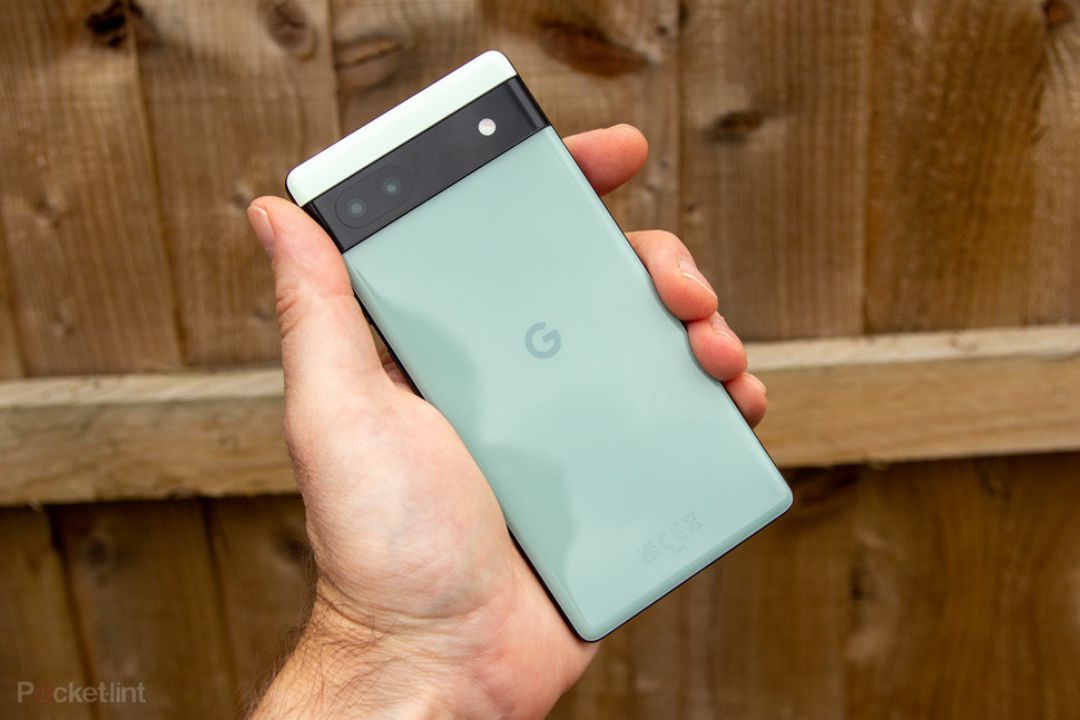 The most recent model in Google’s well-liked “a” series is the Pixel 6a. The Pixel 6a, like the other smartphones in the lineup, incorporates the greatest features of its flagship namesake, such as the new design language and the Tensor processor, while saving money in other areas to make it one of the most cost-effective Pixels available. Since the Pixel 6a and Pixel 7 series belong to entirely separate smartphone product lines, it should come as no surprise that the more recent flagships are inherently superior devices.

You get superior build quality, a quicker CPU, more RAM, more storage choices, and wireless charging with the Pixel 7 series. Additionally, the dual camera system on the smaller phone, which features a 50MP primary camera, is superior to the 12MP cameras included with the 6A. With the 7 Pro, you can now upgrade to a three-camera setup. Also featuring bigger panels and faster refresh rates are the 7 and 7 Pro. The software is the only thing that all three phones have in common. It will be updated to the most recent version of Android and will get security upgrades for the next five years.

Compared to the Pixel 6a, the Pixel 7 and 7 Pro are superior. But if you have purchased the latter this year, you likely have no desire to upgrade. Indeed, the Pixel 6a is inferior. Nevertheless, it has decent cameras, reliable performance, top-notch software, and even extras like water resistance. More crucially, it costs half as much as a regular Pixel 7. Anyone seeking a low-cost phone should strongly consider the Pixel 6a. However, the Pixel 7 series is the best choice if you’re looking for the newest and finest. 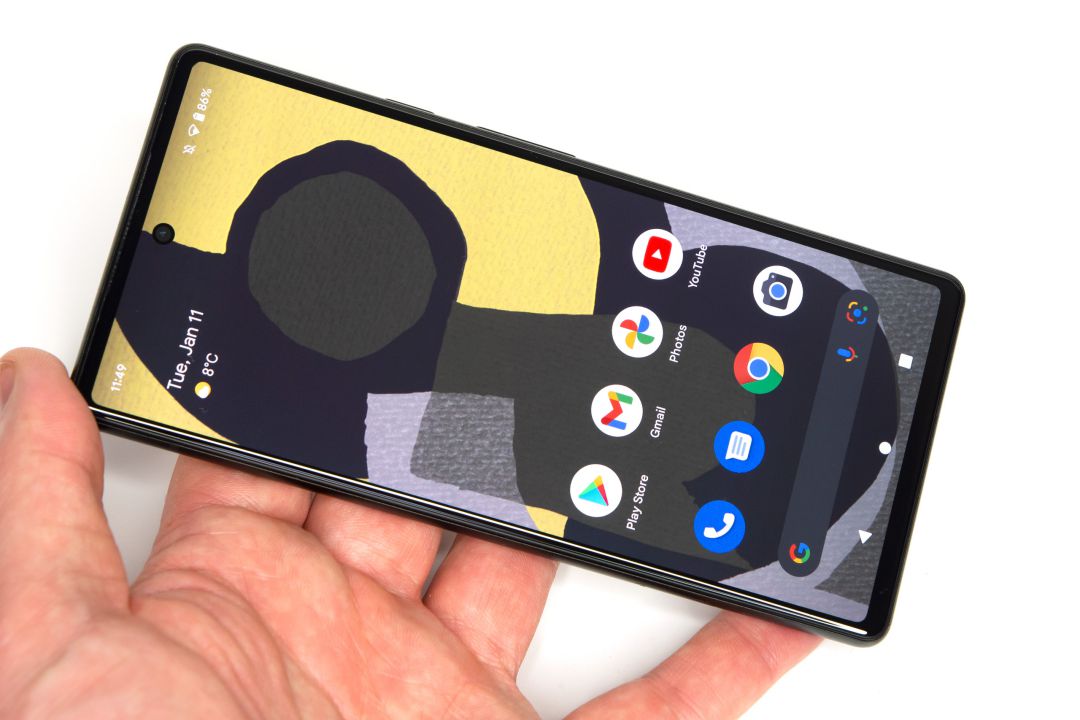 After its mid-range predecessor, Google’s return to the top market was marked by the Pixel 6 series and the 6 Pro. The series gave the Pixel line a much-needed makeover, with the 6 series boasting an entirely new design, a custom processing engine, more RAM and storage than earlier models, and a better camera system, especially with the Pro.

With its most recent Pixels, Google appears to have decided to remain with the tried-and-true recipe. The technology and design of the Pixel 7 and 7 Pro are mainly carried over from their predecessors, so it isn’t the complete revamp that some people aspire for every year. The spec sheets may seem the same, but there are universally significant improvements.

The rich colors stand out more on the 25% brighter Pixel 7 and 7 Pro screens. The newer, faster Tensor G2 powers the two phones. The less spectacular but upscale style features a metallic bar and single-tone color schemes, despite the similarity in the camera’s hardware. You get plenty of new and exciting camera features with the latest Pixels.

There are many benefits to the Google Pixel 7 and 7 Pro. Still, if you already own one of its predecessors, there’s no need to upgrade. If you want to enter the Pixel universe while saving money, we recommend the 6 and 6 Pro in place of the newest Pixels. However, in this situation, newer is preferable. The new Pixels are now accessible in so many more nations also helps. The Pixel 7 and 7 Pro would be the best options if you were holding off on getting a new phone even though you don’t need to update.

Google Pixel 7 vs. Pixel 5a 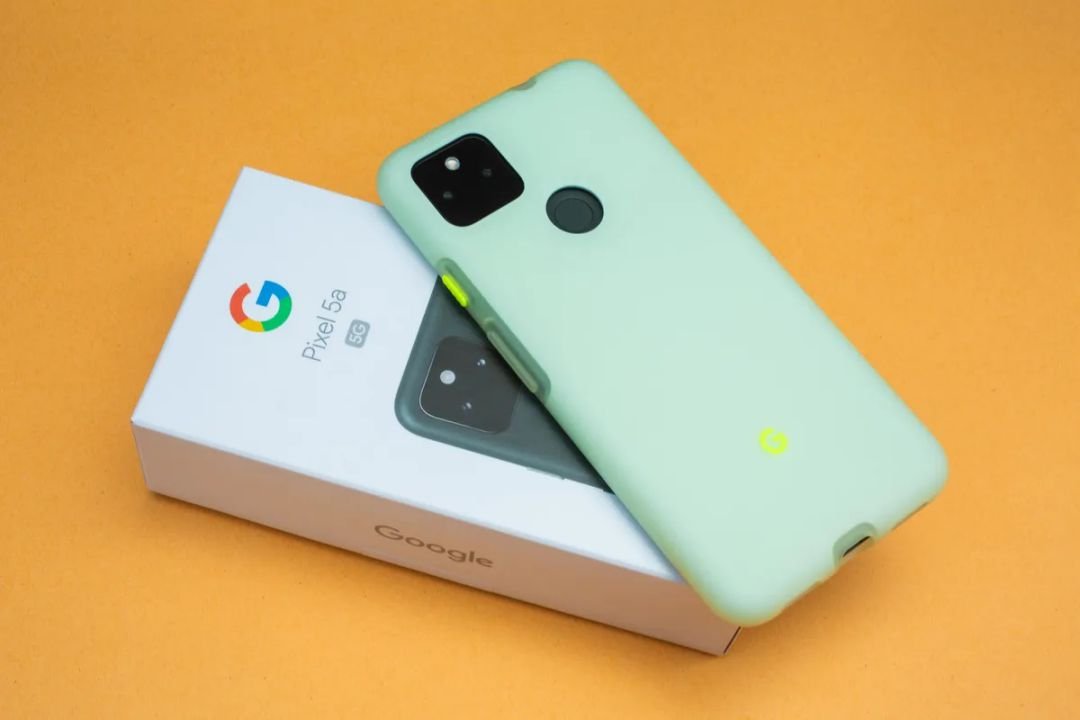 The “a” line’s newest model, the Pixel 5a, was thrilling. It replaced the Pixel 5 and the Pixel 4a 5G rather than serving as a less expensive alternative to its flagship counterpart, like earlier phones in the series. The Google 5a, while being introduced a year ago, features the same hardware, a similar software experience, and the same processing package as Google’s 2020 releases.
Unsurprisingly, the Pixel 7 and 7 Pro are considerable improvements over the Pixel 5a. You get an exceptional camera package with a redesigned design that stands out and the improved performance of the Tensor G2 processor. Of course, premium features like more RAM, storage, wireless charging, and a higher IP68 rating for dust and water protection are standard (compared to IP67 for the Pixel 5a).

Unless you can find a decent bargain on a trade-in, it’s probably too soon to upgrade from the Pixel 5a. The Pixel 5a won’t fall behind since it will continue to receive four more years of security patches and a few more Android OS updates. It won’t be the most powerful and will age more quickly than a flagship. But until it does, you can safely hold on to it. 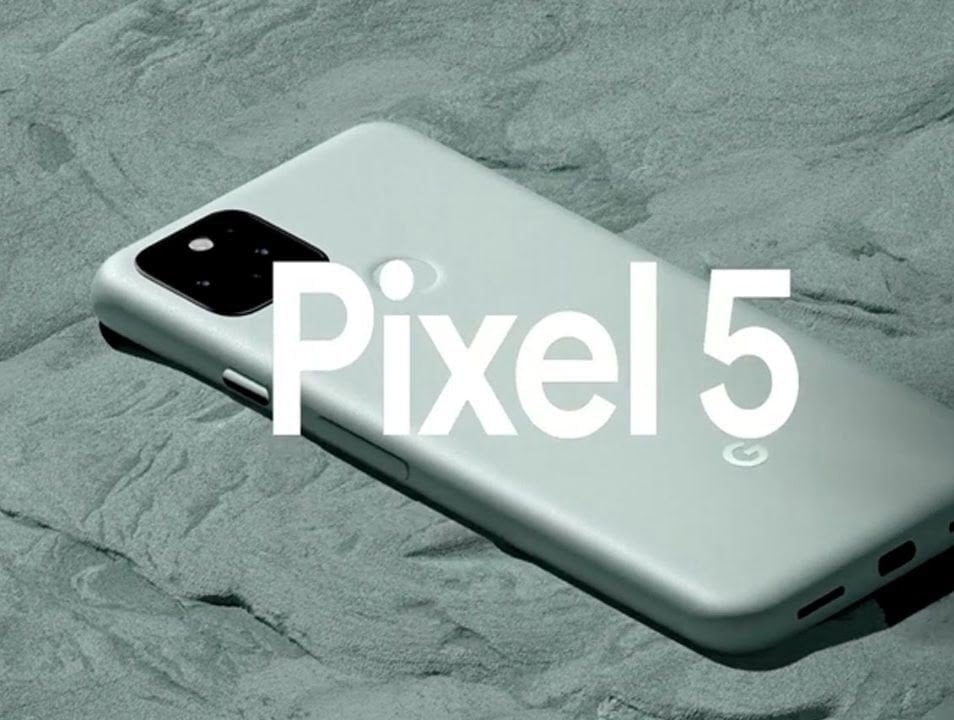 When real flagships were growing more costly, Google tried to do something different with the Pixel 5. It was a mid-range handset in every way. Still, Google’s AI capabilities for the camera and the software experience made for a far better phone than its price or specification would imply. It’s hardly surprising that the Pixel 5 was still a very well-liked gadget in 2020 despite having far less specifications than its rivals.
It is hardly surprising that the Pixel 7 and Pixel 7 Pro are superior to the Pixel 5, given their mid-range pricing. With features like a 90Hz display, dust and water resistance, and wireless charging, the standard Pixel 7 is a better comparison. The Pixel 7 is more powerful, has a more contemporary design, and boasts a superior camera setup. Additionally, it will receive more software updates, as is normal for a newer phone.

After a few years, the Pixel 5 still functions well and will receive a further significant software update and a few more years of security upgrades. If you don’t want to, you don’t have to upgrade from the Pixel 5. 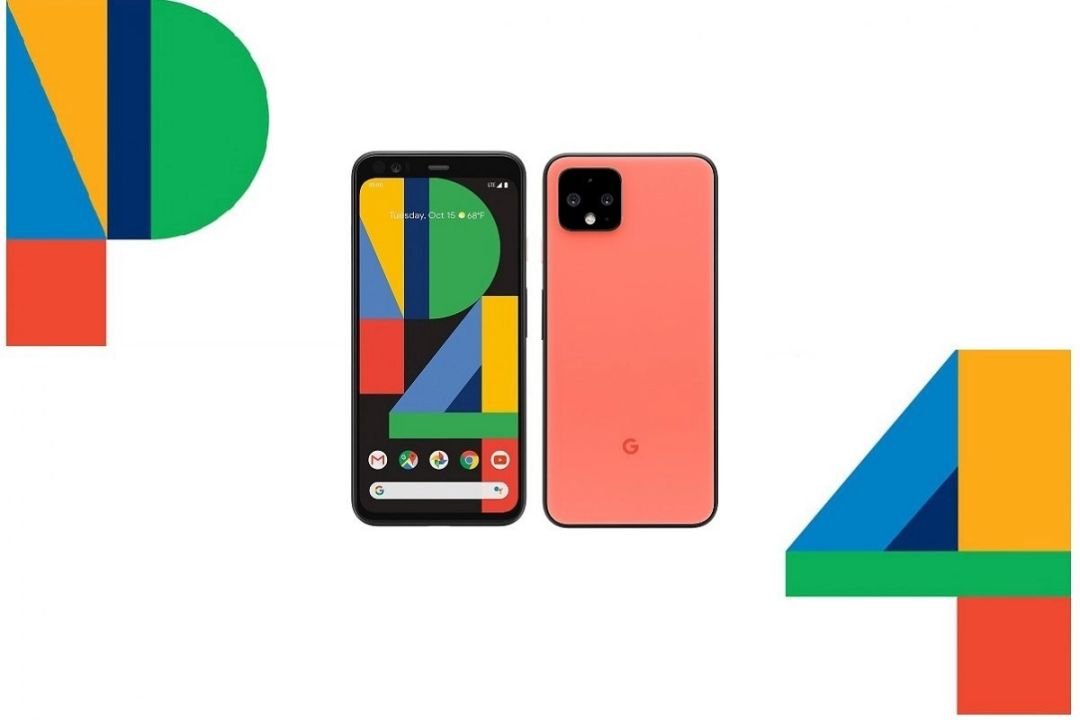 With the Pixel 4 series, Google made many intriguing but contentious decisions. The forehead reappeared, but without the unattractive notch from its predecessor and with a lot more technology. With Face Unlock, the Motion Sense and Soli radar systems were helpful. Google, however, decided to remove the fingerprint scanner entirely from these phones as a result. The fingerprint sensor was later introduced back in every Pixel device, which was not a wise choice then.

The Pixel 4 and 4 XL were the first smartphones to include a dual camera setup and a 90Hz refresh rate for the screen. The camera was the one thing that turned out to be good about the otherwise awful gadgets. They were expensive and full of flaws and software issues. It would be a mild understatement to say that the battery life was disappointing.

It’s probably time for an update because the Pixel 4 series hasn’t held up over time.

The Pixel 4 series has been around for three years, although flagships often live longer. Unfortunately, these phones haven’t held up well over time; users frequently complain about software and battery-related concerns. It will receive Android 13, which marks the end of significant improvements.

Consequently, now is a fantastic moment to update. In every regard, the Pixel 7 series is superior. Although there may be some issues, Google has done a far better job enhancing and perfecting the overall experience. 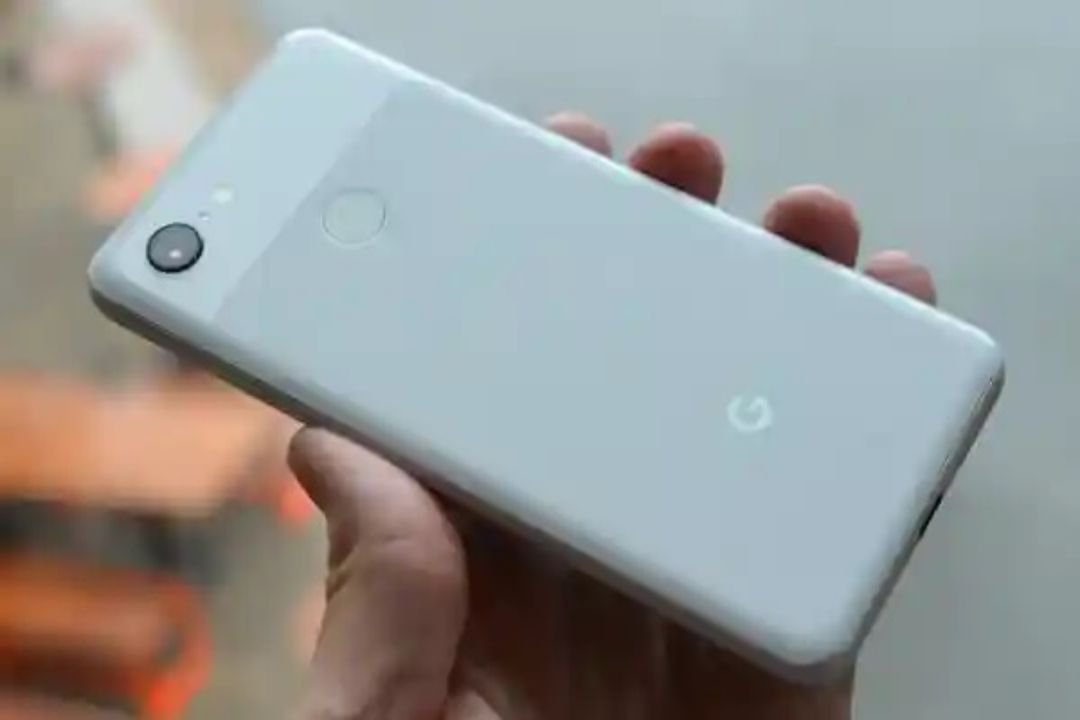 When the Pixel 3 series smartphones were announced in 2018, their high price points caused a lot of controversies and, in part, prompted the creation of the “a” series. Other phones were, of course, priced similarly, but the majority provide far more for their $1,000 price tags. But it doesn’t mean Google didn’t try.

The Pixel 3 wasn’t much of an upgrade. Even said, the Pixel 3 XL brought many novel features, not all of which were well received. Even on a 2018 phone, the enormous notch appeared out of place. However, it did include a dual camera system to meet all of your selfie demands. Additionally, you have wireless charging, dust and water resistance, and excellent build quality. The phones weren’t bad, but just far too expensive.

If you’ve hung onto your Pixel 3 or 3 XL, this is the ideal moment to upgrade. Major Android updates will no longer be provided to older Pixels (the last was Android 12). Next year, the security update cycle will come to an end. The Pixel 7 and 7 Pro provide many features which the Pixel 3 XL could have drawn you a few years ago. You’ll receive a brand-new design, beautiful cameras, stunning displays, and an easy software interface. If it helps you decide, they are also less expensive than the Pixel 3 series was when it first launched.

Would it be a good idea to upgrade to the Google Pixel 7 series? 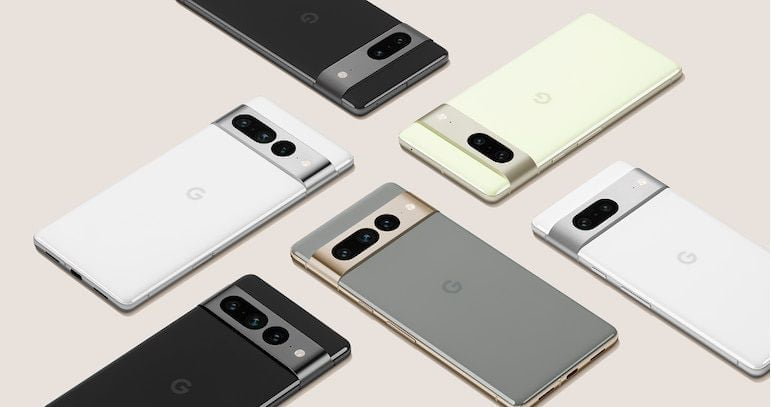 For the Pixel series, it’s always been simple to say if you should upgrade because each device is unique and brand-new. Like what we’ve seen from Apple and Samsung over the years, the Pixel 7 series is the first iterative upgrade. That’s not a problem. But it also means that if you already own a Pixel 6 or Pixel 6 Pro, you don’t need to upgrade to the newest models. You’ll benefit from a speedier CPU and a better camera experience. However, everything else remains mostly unchanged. So you don’t need to make the switch unless a terrific trade-in bargain is available.

The Pixel 6a, Pixel 5a, and Pixel 5 are also safe to keep for at least a few years. These phones are inferior to the Pixel 7 series in every manner. But most of these would be recent acquisitions. You don’t need to change your phone every year or two, even if they are a mid-range model. But if you still use a Pixel 4 or Pixel 3 series phone, it’s time to upgrade to Google’s newest model.