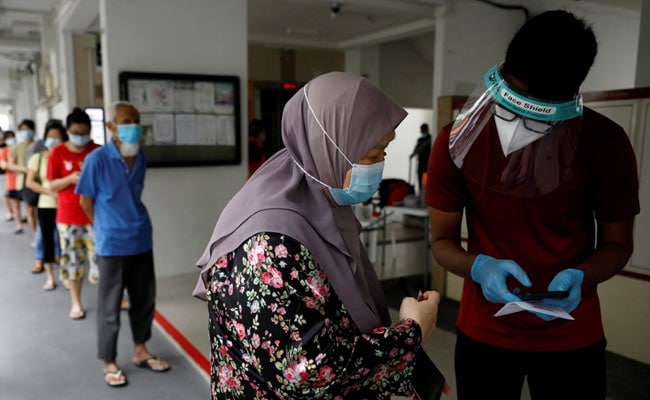 Singapore authorities first reported the presence locally of the Delta variant in early May.

Singapore has found the Delta variant of the coronavirus to be the most prevalent among local cases of variants of concern (VOCs), according to health ministry data, highlighting its level of infectiousness.

There were 449 local cases with VOCs as of May 31, of which 428 were the Delta variant first detected in India and nine of the Beta variant first identified in South Africa, the health ministry said in emailed statement on Wednesday.

Singapore authorities first reported the presence locally of the Delta variant in early May.

The Delta variant is stoking concern of a major spike in infections in other countries where it has been found, such as the United Kingdom, potentially delaying reopening plans after the rollout of vaccines in many regions.

Singapore performs viral genomic sequencing for all confirmed COVID-19 cases, unlike some countries who typically sequence a smaller proportion of their infections.

A recent rise in cases, including those linked to the Delta variant, prompted Singapore to tighten curbs on social gatherings last month. It reported 476 domestically transmitted cases during May.

Infections have been falling since, with only 2 cases on Wednesday, the lowest since early May, ahead of possible easing of measures after June 13. Singapore’s mass vaccination programme is in full swing.

The city-state has reported more than 62,000 coronavirus cases overall, domestically transmitted and imported, with 34 deaths.

Previous article“She Is Not Only Every Director’s Actor But Also Every Producer’s Favourite”
Next article“When He Says Something, You Want To Make Sure That You’re Listening”