Spider-Man No Way Home: Daredevil star speaks out on returning to Marvel – WATCH

Later this year Spider-Man No Way Home will showcase the latest adventures had by Peter Parker (Tom Holland) involving the multiverse, Doctor Strange, and a potential slew of previous Spidey actors. Included in these rumours was the notion that Daredevil from the Netflix Marvel series of the same name would also be returning. Fans even noted that Cox may have been spotted in the No Way Home trailer.

Stream the biggest moments from the Premier League, international cricket and every F1 race while saving 25% with this epic Now TV deal

WATCH THE SPIDER-MAN FILMS ON NOW

Cox was recently interviewed about his new TV show Kin where he was quizzed about any possibility of his return to the MCU.

He replied: “I wouldn’t want to ruin something either way.

“So, [the speculation] makes me a little anxious in that regard. It’s a difficult thing to talk about. All I would say is everyone, myself included, is just going to have to wait and see.” (Via The Steve Varley Show)

Spider-Man and Daredevil have a strong relationship in the Marvel comic books and frequently teamed up in the past.

Spider-Man No Way Home: Will Daredevil be making a return? (Image: MARVEL • NETFLIX) 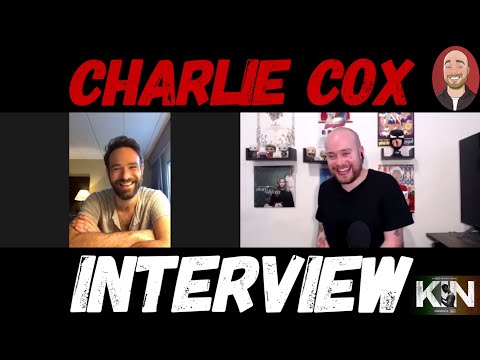 Considering the trailer for No Way Home has shown Peter in handcuffs in prison, he could certainly do with the help of a lawyer – such as Matt Murdock.

Viewers recently speculated Matt had already made an appearance in the No Way Home trailer.

During the movie’s first look, the forearms of a man off-screen could be seen while Peter was in prison.

Fans suggested these forearms were Cox’s.

Spider-Man No Way Home: Charlie Cox spoke out about the possibility of returnin (Image: GETTY)

However, these theories were recently trounced when the IMAX version of the trailer was released, showing the identity of the person talking to Peter was not in fact Cox.

The British star also spoke out about these arms, ruining the fan theory.

He recently said: “I can promise you those are not my forearms.” (Via Comic Book)

Cox isn’t the only actor denying his involvement in the upcoming third Spider-Man MCU movie.

The Amazing Spider-Man star Andrew Garfield recently claimed he had no part in the newest web-head film.

He said earlier this year: “I see how often Spider-Man is trending and it’s like people freaking out, and I’m just like: Guys, guys, guys – I wish I could just be able to speak to everyone and say: ‘I recommend that you chill.’” (Via The Happy Sad Confused podcast)

Garfield continued: “I don’t want to rule anything out, maybe they are going to call me and say: ‘Hey, people want this.’ Maybe they are doing like a market-research thing.”

Since Garfield’s denial of his involvement in a live-action Spider-Verse, the film’s first trailer has been released.

Within the trailer is the reveal that Doctor Octopus star Alfred Molina is making a return.

On top of this, one of Green Goblin’s pumpkin bombs can be spotted rolling towards Spider-Man.

If the original Tobey Maguire Spider-Man’s villains are making a return, could Garfield’s?

Watch the Spider-Man movies on NOW.

Bond: Michael Caine to Richard Burton – All the legendary actors who turned down 007