Spider-Man theory: Uncle Ben will debut in No Way Home

By Tammy Waldman
September 11, 2021
7
EntertainmentHollywood
This article contains affiliate links, we may receive a commission on any sales we generate from it. Learn more

Fans of the Marvel Cinematic Universe have been anticipating Spider-Man: No Way Home for some time now. With the rumoured arrival of Tobey Maguire and Andrew Garfield in the film, it has been suggested the film will act as an adaptation of the Spider-Verse storyline from the Marvel Comics. The upcoming Disney movie may also introduce the legendary Uncle Ben for the first time.

Uncle Ben is the patriarchal figure in Peter Parker’s life.

From him, Peter learned all about how “with great power comes great responsibility,” as well as his general positive outlook.

So far in the MCU Uncle Ben has not been introduced, which has been a surprising factor for Spidey fans, considering how important his role is.

.Avengers 5 exclusive: Alan Silvestri on if he’ll return as composer

Of course, in classic Spider-Man fashion, things are going to go wrong, sparking the arrival of Doctor Octopus (Alfred Molina), and perhaps even the teased Green Goblin.

Eventually, however, Spider-Man will have to make the tough decision to revert reality back to normal.

This is where the Spider-Verse comics come in.

The plot of the Spider-Verse comics is vastly different, but it has a string of the same story beats – including a reality-ending threat, multiple Spider-Men, and a collection of unexpected cameos along the way.

What do you think? Should Uncle Ben make his debut? Join the debate in the comments section here 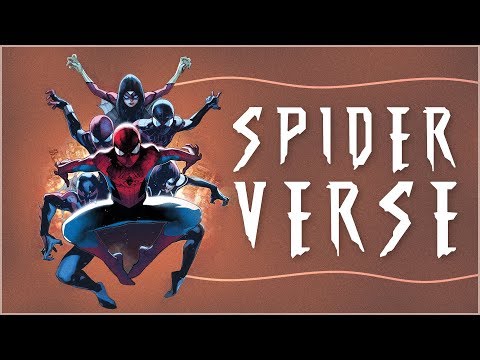 Before the final battle in the middle of the Spider-Verse event, Earth-616 Peter is sent to a different reality where he meets another Uncle Ben.

During this scene in the comic books, Spider-Man and Uncle Ben have a pep talk, before going into the final battle against their foe, Morlun.

Spider-Man: No Way Home would be the perfect opportunity for the MCU to introduce Uncle Ben just as Holland’s Parker is struggling to deal with the unfurling reality around him.

Bringing in this moral compass to urge Parker to go back to how things were would allow the MCU to address Uncle Ben’s life, death, and his impact on the Peter the fans have gotten to know over the past few years.

Although Uncle Ben has not been seen or mentioned in the live-action MCU just yet, he was addressed for the first time in the latest episode of the Disney Plus show What If…?

During the episode zombies took over the MCU world, leaving the planet utterly destroyed.

Spider-Man was one of the few survivors – but that didn’t get him down. He was still extremely positive and happy throughout the journey, something Hope Van Dyne commented on.

When asked how he stays so happy in times of trouble, Peter replied: “Practice, I guess.”

Spider-Man went on to list those he had lost: “My mum, dad, Uncle Ben, Mr Stark… I’ve lost a lot. But my Aunt May says: ‘If we don’t keep smiling when they can’t, then we might as well be gone too.'”

Spider-Man: No Way Home is rumoured to be bringing former Spidey stars Maguire and Garfield on board, however the latter recently “confirmed” he won’t be joining the fun.

He said: “I understand why people are freaking out about the concept of that because I’m a fan as well. you can’t help but imagine scenes and moments of ‘Oh, my God, how f*****g cool would it be if they did that?’

“But it’s important for me to say on the record that this is not something I’m aware I am involved in.”