Stacey Dooley has used her Instagram page to slam those who choose to take aim at her choice of outfits. It comes after the former Strictly Come Dancing contestant was compared to the late singer, Kurt Cobain, by her boyfriend.

The BBC presenter, 34, often comes under fire on social media for wearing clothes that “don’t fit” her, but has now chosen to speak out while showcasing her latest wardrobe choice.

Stacey shared her most recent look today, insisting that she knew some Instagram users would be ready to pen harsh comments directed at her.

However, one comment that she didn’t expect to receive was from beau Kevin Clifton, 37, who likened Stacey to Kurt Cobain, the late frontman of rock band Nirvana.

Posing in front of her bedroom mirror, the presenter offered fans a peek at her look which was made up of ripped baggy jeans and a grey oversized sweater that was partly tucked in at her waist. 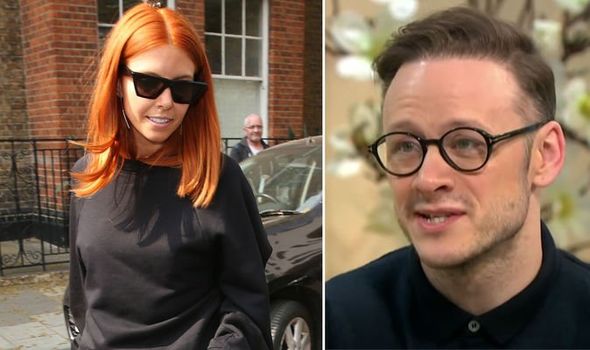 Stacey Dooley has taken to social media to address the backlash she receives for certain outfits (Image: SPLASH/ITV) 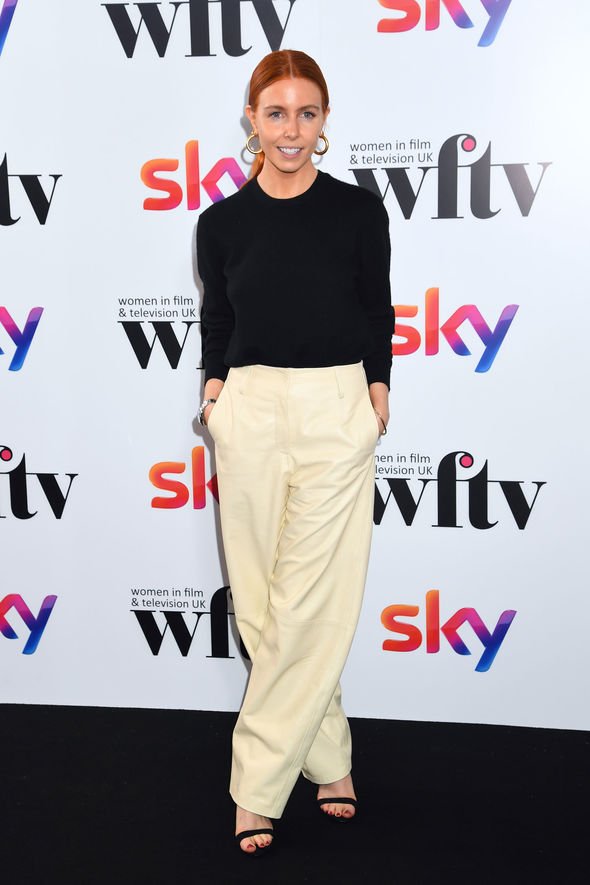 The presenter said her boyfriend, Kevin Clifton, had commented on her look (Image: GETTY)

Stacey completed her outfit with a pair of black flip-flops on her feet, while her red tresses were straightened to perfection.

Before going on to say: “These jeans are EXCEPTIONAL.”

The Luton-born star went on to share a video to her page in view of her 954,000 followers as she discussed the criticism that she frequently receives. 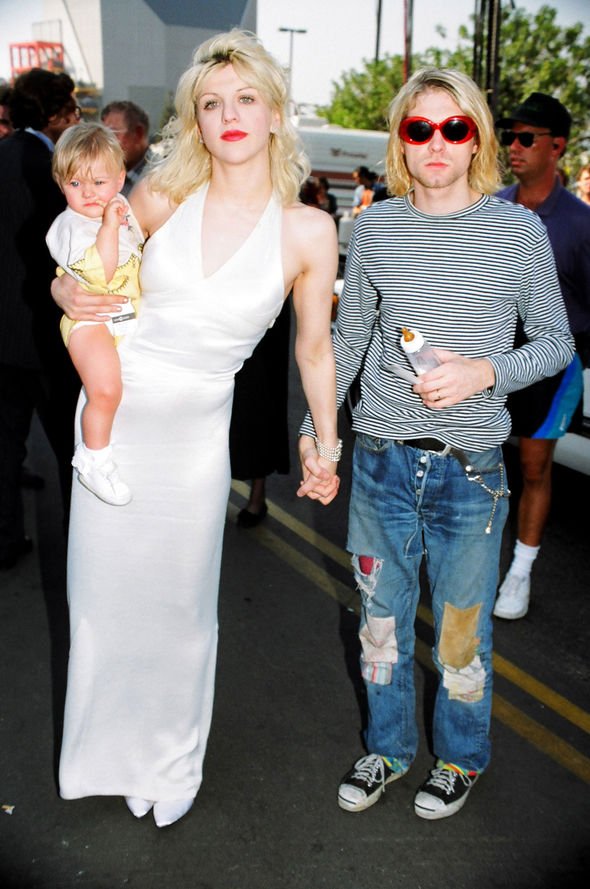 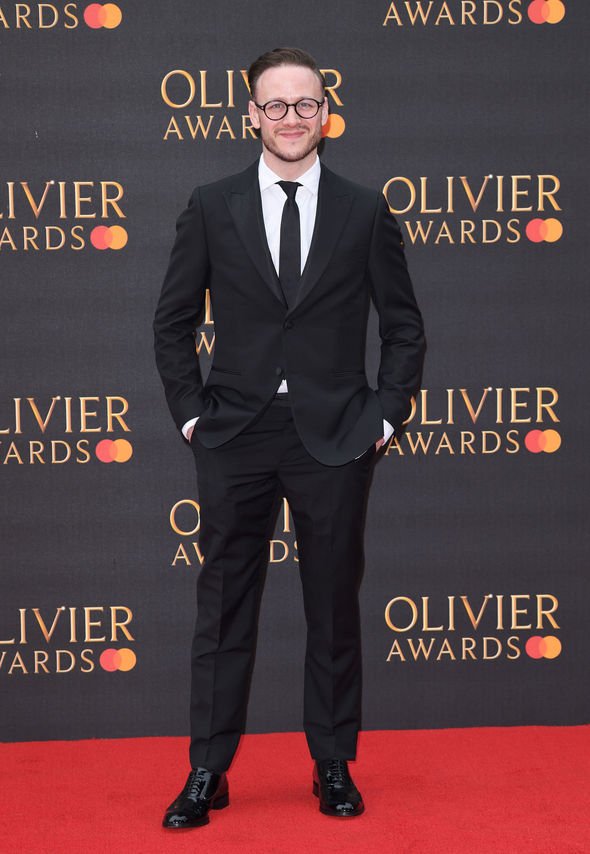 Kevin is no stranger to mocking his girlfriend on social media (Image: GETTY) 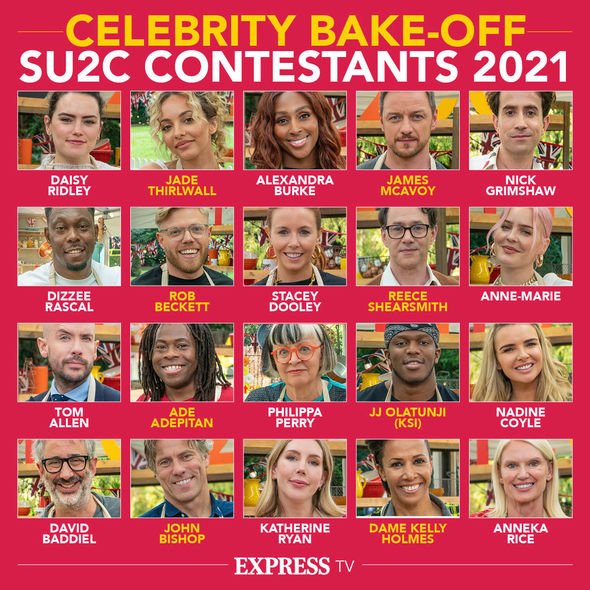 Stacey Dooley appeared on this years edition of Celebrity Bake Off (Image: EXPRESS)

Her upload, which has since been liked over 7,000 times, was soon flooded with comments from her followers as they quickly laughed over her joke.

Presenter Angela Scanlon commented: “Alan also gets offended when I wear boiler-suits. Alan can p**s off.”

“I’m more concerned about my choices if Alan doesn’t have something to say,” said one follower.

“Meanwhile Alan’s wife is out buying all of his clothes for him,” said one follower.

Stacey’s boyfriend Kevin recently revealed that she refuses to reveal any details about her new BBC programme to him, despite the pair living together.

The pre-recorded programme features four people who attempt to convince a celebrity panel that they are the genuine homeowner of a property in a bid to win £1,000.

Kevin insisted he was shocked after Michael 4 was unveiled as the real homeowner in the latest episode.

He later said he guessed the real homeowner correctly.

One fan commented: “But surely you have insider knowledge @keviclifton?!!!!”

Another follower went on to say: “I don’t think Stacey would be able to tell anyone about whose house it is, just in case it got out then we wouldn’t watch the program would we!!!!!”(sic)

Kevin is no stranger to discussing Stacey on social media, recently commenting on her appearance on The Great Celebrity Bake Off for Stand Up To Cancer.

For her showstopper challenge, the documentary maker attempted to make biscuits with Gloria Estefan’s face on them.

As judges Prue Leith and Paul Hollywood inspected her creation, they realised she had left the decorating mould on her finished piece.

“I was hoping you wouldn’t see that,” Stacey laughed.

She then held the biscuit up to the camera as she jokingly gave a message to Gloria.

Kevin said he hadn’t laughed “so much in ages” after witnessing the moment.

Previous articleDisha Patani Sets Internet On Fire With A Mirror Selfie Showing Off Her Stunning Body!
Next articleShweta Tiwari Received Rs 5 Lakhs As Her First Salary & She Was In Disbelief Like Most Of Us RN!