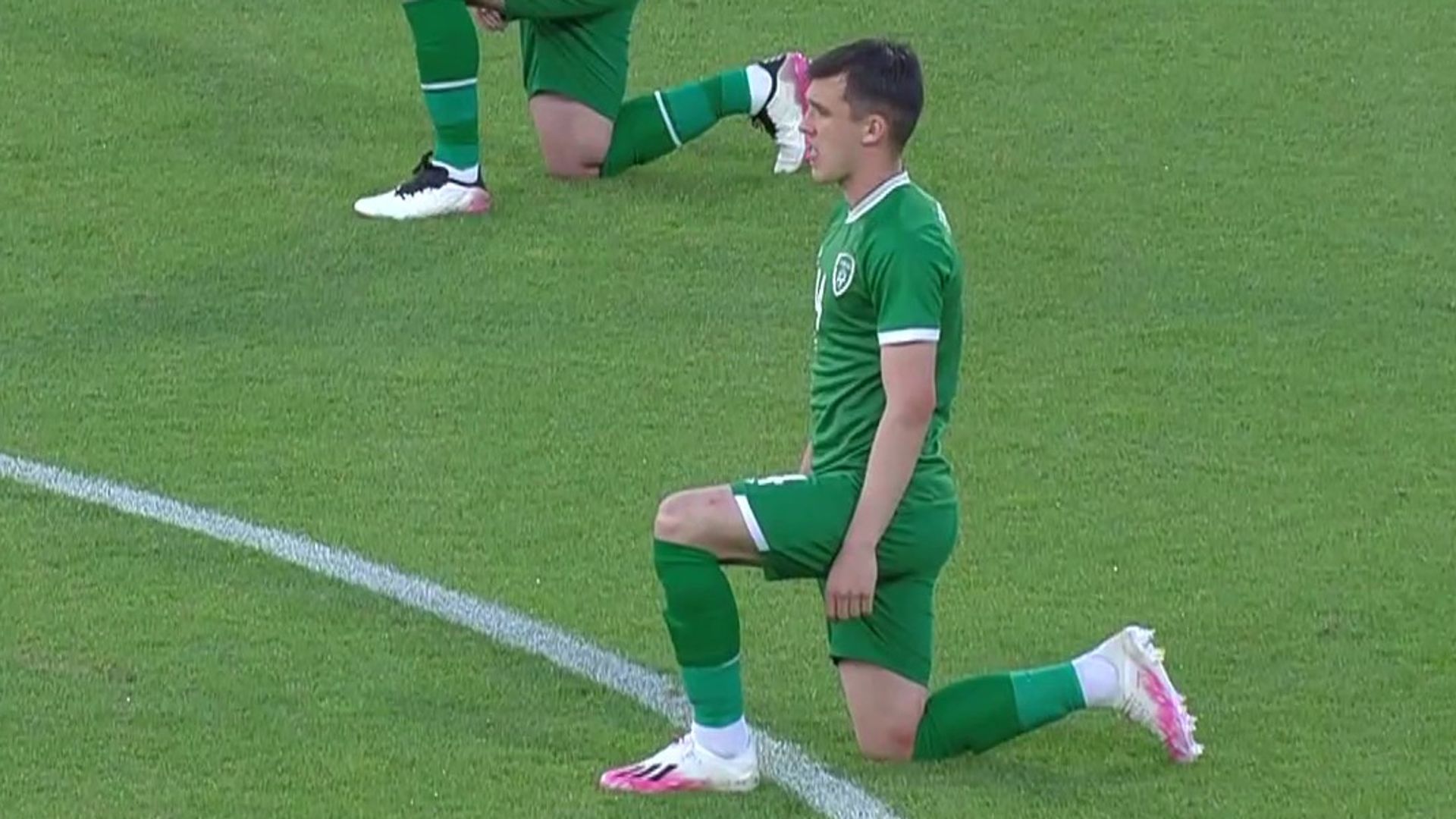 Stephen Kenny has condemned the “incomprehensible” behaviour of a section of Hungary fans after his Republic of Ireland players were booed and jeered before the teams played out a goalless draw in Budapest.

The booing was clearly audible at the Szusza Ferenc Stadion in the Hungarian capital just before kick-off after the visiting Republic of Ireland players took a knee.

Meanwhile, Hungary’s players stood and pointed to their sleeves which were sporting UEFA’s respect campaign logo.

Budapest is a host city for Euro 2020, with Hungary beginning their campaign at home to Portugal in Group F next Tuesday.

Discussing the hostility his players felt, Republic of Ireland manager Stephen Kenny said: “The fact it was booed is incomprehensible, really, and it must be damaging for Hungary, with the Euros in Hungary.

“Our players wanted to do it. It’s important. It’s an important stance and I commend them for taking that stance.

“I think it was the right decision. I approached [the Football Association of Ireland’s international operations manager] Barry Gleeson and said it was something we wanted to do, take the knee, and I think it’s a very important message.”

Republic of Ireland and Norwich forward Adam Idah added: “Obviously, it’s disappointing to see the fans and the whole stadium booing us taking the knee.

“It’s for a good cause, trying to stop racism. It’s a sign to kick racism out of society and the reaction was very disappointing to be honest. We weren’t expecting that.”

The latest incident comes just days after England’s players were booed by a section of fans at the Riverside Stadium in Middlesbrough, over their decision to take a knee before their fixture against Romania on Sunday.