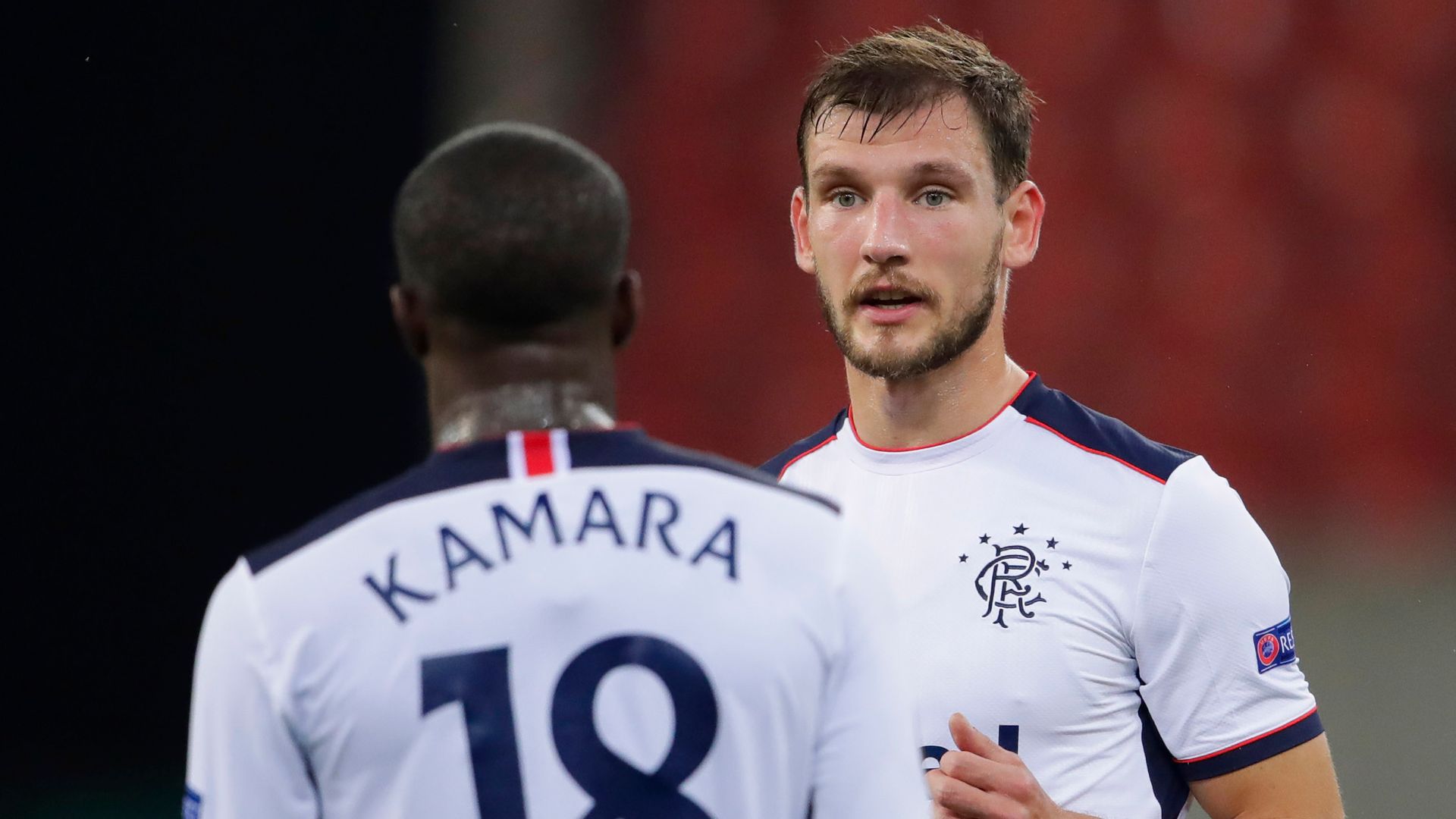 Steven Gerrard is expecting interest in some of his players in the summer transfer window but insists Rangers need to focus on strengthening for the challenges ahead.

Rangers secured their 55th Scottish top-flight title in March after an impressive Premiership campaign and reached the round of 16 in the Europa League for the second season running.

As a result, Ryan Kent, Borna Barisic, Glen Kamara and Ianis Hagi have been linked with moves away at various points in the season, while recent newspaper reports suggest Rangers are keen on pursuing deals of their own for Fashion Sakala and Joey Veerman.

Ahead of the final Old Firm clash of the season on Sunday, live on Sky Sports, Gerrard insisted that recruitment plans are constantly ongoing as the club aims to play in the group stages of the Champions League next season but conceded that he may lose some of his stars if the price is right.

“It never stops here. I think some people on the outside think it is just about the training and game plans and going into the games,” Gerrard told Sky Sports.

“We work endless hours, even when you are at home you are on the phone, watching players, watching teams. You are always constantly trying to get ahead of the game from a recruitment point of view.

“To be fair to Ross [Wilson, Rangers’ sporting director] and the board we are in regular dialogue – how we can strengthen, how we can move forward. From my point of view, I think that’s important. After long, hard seasons, you get to that stage where players and staff themselves, you need to add freshness, it re-energises people, it re-motivates you for the next challenges that are coming.

“At a club like this, I don’t think it is a secret to say we will get attention for our own players. From a selfish point of view I don’t want any of my good players to go but the reality is if the right number lands then that decision might be taken out of my hands. I might not like it at the time but it’s where we are as a club.”

He added: “In terms of the Champions League, what an opportunity. I see that as something that is very much motivating and exciting. But to have a better chance of getting that back for everyone connected to the club then it is important that we keep strengthening as well.”

Rangers have an opportunity to return to the group stages of the Champions League for the first time since the 2010/11 season if they can negotiate a third qualifying round and then a play-off tie in August.

And Gerrard knows that the chance of playing against the best in Europe could be a helpful factor when trying to secure new signings.

“This club sells itself, it is Rangers, it is a massive club, a historic club, lots of success. Everyone knows the size of it,” he said.

“But if you can offer things like European football and the opportunity to qualify for the Champions League then that is an extra motivation you can have up your sleeve from a manager’s point of view, for sure.”

Ryan Kent says his full focus is on Rangers but concedes that it is “nice” to be linked with other clubs.

Rangers rejected an offer from Leeds United for the winger last summer, with Gerrard saying at the time that Leeds’ bid was “nowhere near” the club’s valuation of the player.

Kent has been a standout performer at home and in Europe this season, leading to more speculation over his future but, while he appreciates the interest, he insists he is concentrating totally on the Ibrox side.

“It is nice to be linked with other football clubs, other big clubs, but you have got to understand your duty of where you are at,” he told Sky Sports.

“For as long as I’m at Rangers I will always give 100 per cent to the football club. I love this place, it has done so much for me so, as long as I am here, my mind is solely focused on Rangers.”