By 1985 Steven Spielberg had directed a collection of Hollywood hits. On top of leading the charge with the incredible Jaws in 1975, he had also written and directed two of the Indiana Jones movies in 1981 and 1984. The legendary director then went on to write the story for The Goonies, before giving the project to his mentor, Richard Donner, to direct.

Spielberg acted as an executive producer on The Goonies, but reportedly kept a watchful eye on the set.

The director had recently started up his own production company, Amblin Entertainment, which he wanted to use for more family-focused entertainment, so struggled to leave Donner to his work.

Lord of the Rings actor Sean Astin, who played The Goonies’ leader Mikey, wrote in his autobiography that Donner and Spielberg were like “co-directors” during filming.

It has since been revealed that Spielberg was more than an observer on the set of the adventure movie, but actually dabbled in shooting some scenes himself.

.Indiana Jones: Short Round was supposed to make a comeback in Indy 4 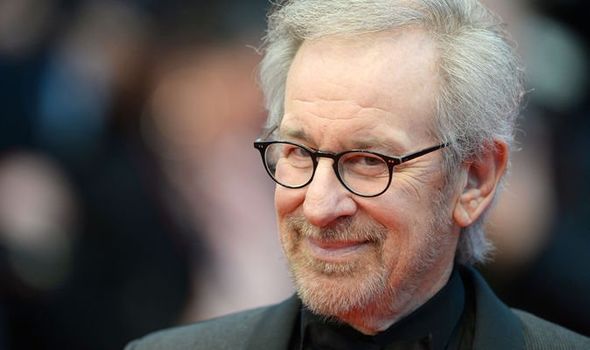 Steven Spielberg directed some scenes in The Goonies (Image: GETTY) 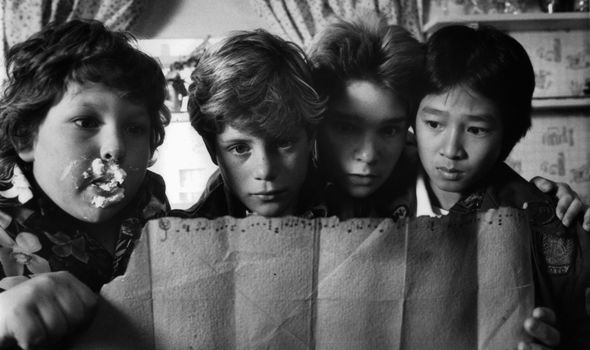 Steven Spielberg: The Goonies was originally written by the director (Image: GETTY)

Mental Floss says: “Spielberg directed two scenes of the film himself: The wishing well scene, and the scene where the gang bangs away on the underground pipes.”

These two scenes have a particular Spielbergian quality to them and continue some of the themes found throughout his movies – including ironclad friendships and reliability.

The director was extremely passionate about The Goonies and its story.

He wrote it years prior after making a group of friends who were fellow misfits when he was a teenager. 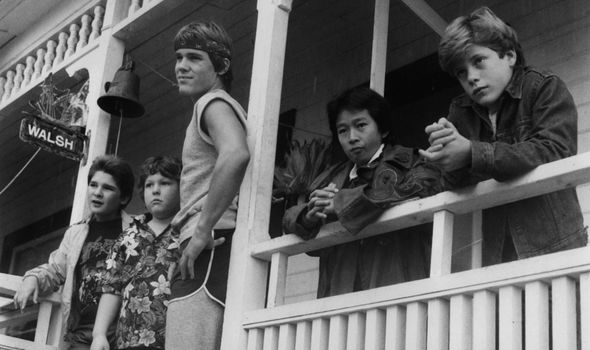 In an interview with Indie Wire Spielberg revealed his own group of friends were the inspiration behind The Goonies.

Spielberg later went on to talk about how his undiagnosed dyslexia never hindered his creativity.

He continued: “I never felt like a victim. Movies really helped me… kind of saved me from shame, from guilt.

“Making movies was my great escape… When I felt like an outsider, movies made me feel inside my own skillset.”

While Spielberg was inspired to write the film, the movie itself went on to inspire an enormous cult following who still loved it to this day. The fandom has since called for a sequel to the legendary film.

Last year a live stream involving Spielberg and the original cast came together where the topic of a sequel was discussed.

Spielberg said: “[Writer] Chris [Columbus], Dick [Richard Donner] and I have had a lot of conversations about it.

“Every couple of years we come up with an idea but then it doesn’t hold water.”

Spielberg went on to say that the cast and crew of the original movie raised the bar on so high they haven’t been able to write any ideas that would improve upon The Goonies.

He said: “Until we do, people are just going to have to look at this [live stream] a hundred times!”

Donner added: “How are you going to find seven miserable kids like this again that are new and fresh?”

The Goonies is available to watch on Amazon Prime Video.

Previous articleWorld Dance Day: ‘Dance is a celebration of life’, says Sudha Chandran
Next articleHolly Willoughby's husband tricked pals into thinking she had a drinking problem