Thank you for playing “STRANGER OF PARADISE FINAL FANTASY ORIGIN”.

We apologize for the inconvenience and inconvenience caused to users due to the lack of explanation regarding the elements of the 2nd season pass additional mission “Dimensional Lost Gilgamesh” that was added in the previous update. Sorry.
I would like to take this opportunity to provide a supplementary explanation of the elements added in “Dimensional Lost Gilgamesh” and the intention of the revisions made this time.

About the “Dungeon of the Dimension” The content
is that you go around randomly constructed dungeons and aim for the deepest part of the “Dungeon of the Dimension” increases as you go deeper, and in order to reach the 100th floor, which is the highest reachable floor, you have to have illusions and chaos effects with high ultimate aptitude (effects that strengthen abilities, effects that increase basic status, etc.) The difficulty is based on the assumption that you will make full use of the equipment, relic equipment, and “Monster Quest” described later.

The deeper you go, the more intense the enemy’s attacks will be, but you’ll need to complete character builds such as equipment composition and job composition, and complete the “monster quests” for the monsters in the Black Crystal, and prepare as necessary The key to the strategy is to do

▼ Ifrit
When activating a combo ability from a normal attack, the power of the ability will increase if the combo ability is activated with good timing. ▼ Ramu ‘s normal attack MP recovery amount increases according to the maximum MP value. “Paralyze” status immunity accumulates according to the damage dealt by the combo ability.▼ All abilities that can be used in other slots can be set in the combo slot after a successful Carbuncle Just Guard. Also recovers MP when Just Guard is successful. ▼ The timing at which you can dodge during a sylph attack is faster, and when you dodge, you recover a certain amount of break.▼ A strengthening effect that “cancels a certain amount of damage received” accumulates depending on how long the Titan enemy is targeting you. ▼If you dodge Fenrir ‘s attack while invincible, the MP consumption of the next ability will decrease. ▼ When Alexander Just Guard is successful, it gives the enemy a weakening effect that “strength, agility, physical strength, intelligence, spirit, and luck are reduced.” ▼ Increases MP cap increase and MP recovery amount for Leviathan Soul Shield and Soul Burst. ▼ Odin Accumulates the “all-attribute attenuation” status abnormality according to the damage dealt by physical attribute attacks. ▼ Phoenix

No longer consumes potions when rescuing allies. In addition, when a certain amount of attack damage is accumulated, the effect of “reviving only once when dying” is given.

Since the effect of the protection that is activated (including strengthening effects and weakening effects) is set to be large, you can expect an increase in strength by equipping even just one relic equipment and setting the protection of the main phantom beast
.
▼ Attack status 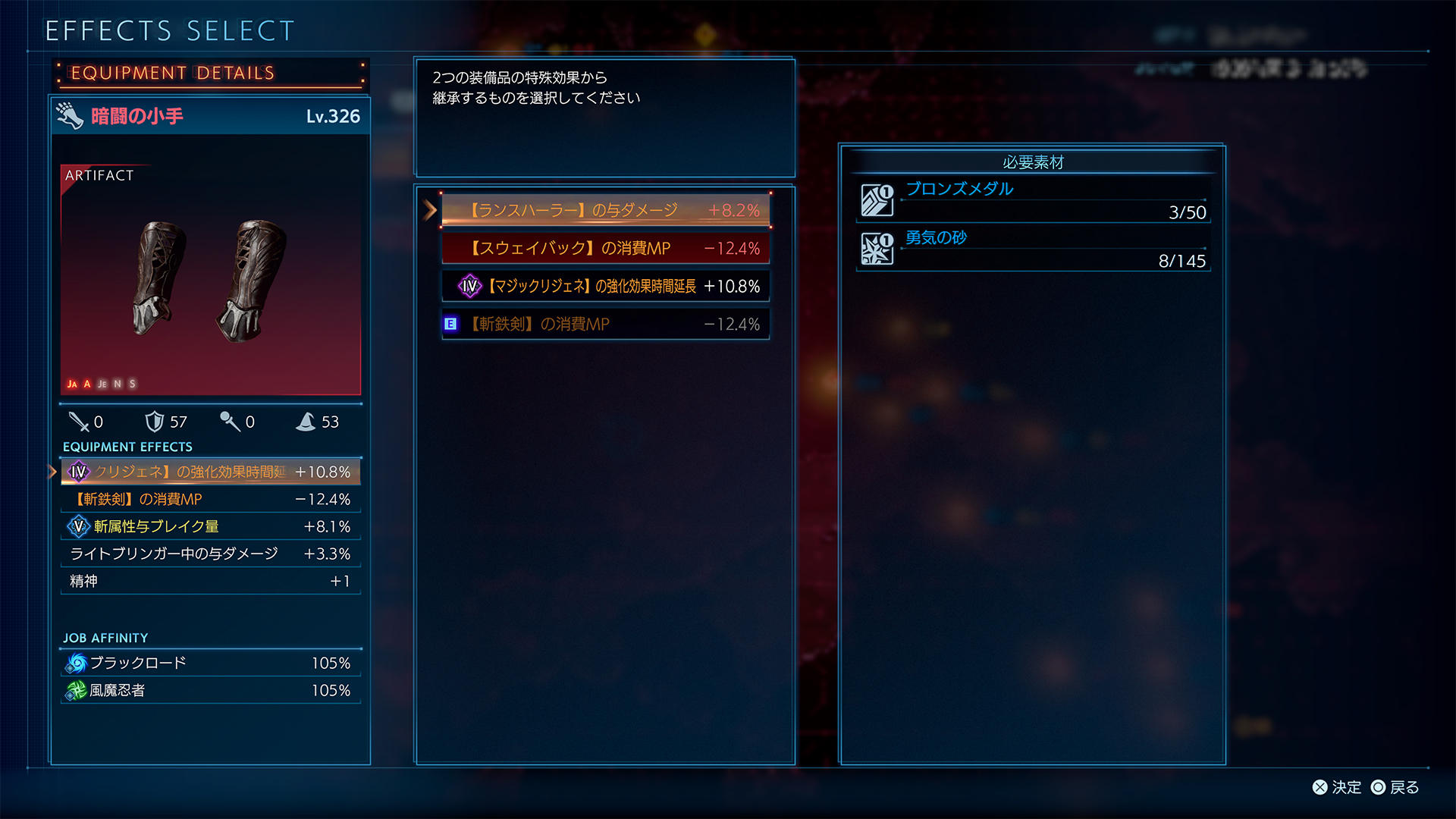 Inheriting chaos effects and job aptitudes to equipment with the highest possible level is important for clearing the Dimensional Labyrinth.If it becomes difficult to challenge the high-ranked “Dragon King’s Trial” in the Dimensional Labyrinth, you can also collect Anima Crystals by assigning “Dragon King’s Trial” to the mission that can be challenged from the world map. 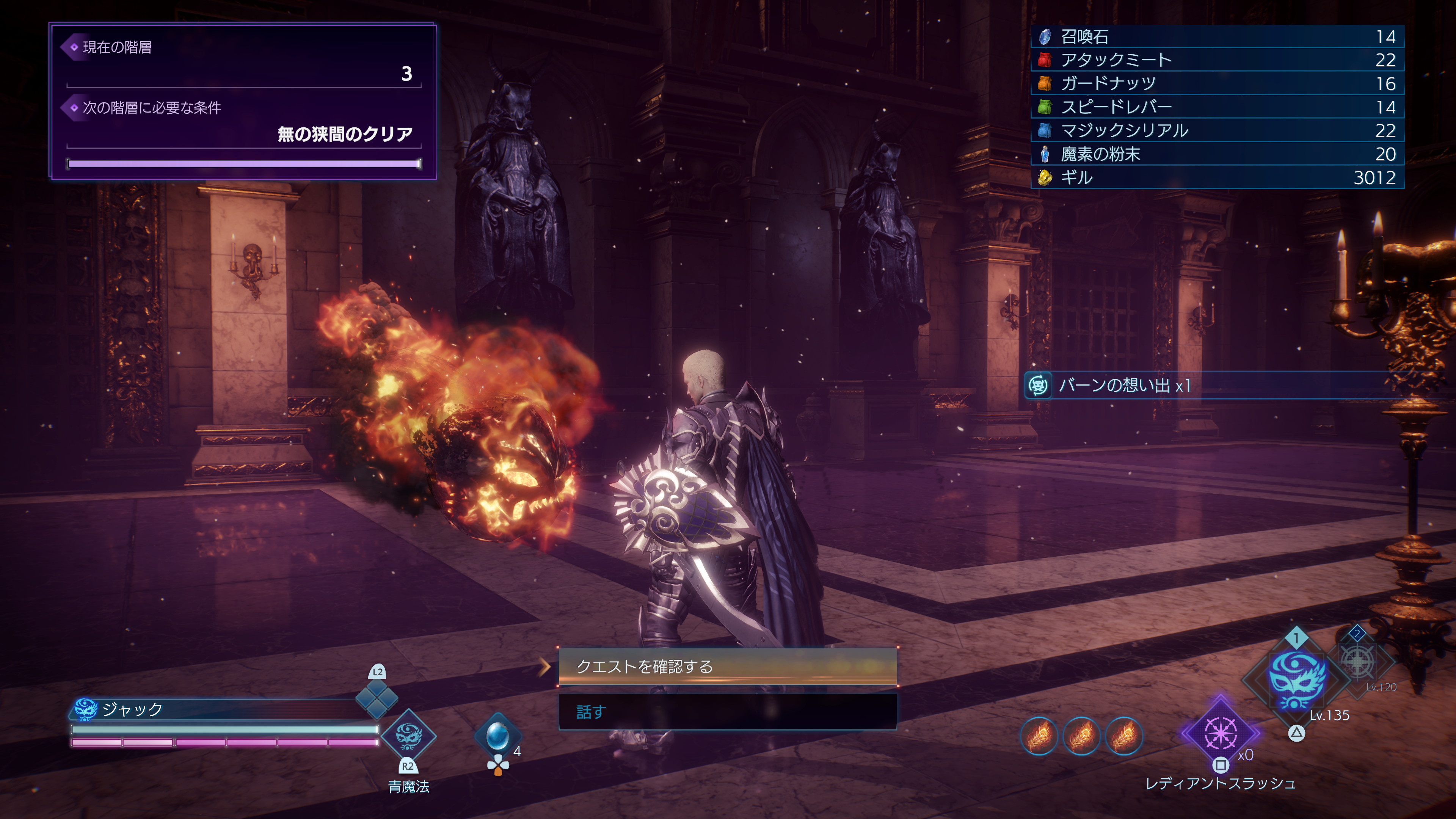 Quest” progress will be corrected, and depending on the amount you have, it will be easier to complete the “Monster Quest”.
-Even if the dimension points are reset and you have to redo the hierarchy, “Memories with monsters” will continue to remain.
-You can still obtain “Memories with Monsters” even when your friendship with monsters reaches its maximum, but the “Monster Events” that occur before reaching maximum intimacy are more efficient to obtain.

Therefore, even if the floor is reset, it will be easier to catch up with the monster quest data that was progressing up to that point, so it will be important to obtain “Memories with Monsters”.
There are effects of “Monster Quests” that increase the degree of intimacy with monsters and the efficiency of “Monster Quests”, so make use of them to more efficiently conquer the “Labyrinth of Dimensions”. is possible.

●Monster quests during multiplayer
“Monster quests” can be completed even if Other players meet the conditions in multiplayer. Therefore, by selecting a job that satisfies the growth conditions according to the placed monsters, all participating players can be expected to strengthen.

When participating in multiplayer, “Monster Quest” and “Monster Training” on the guest side will be as follows on the host’s “Labyrinth of Dimensions”.
・The effect of “Monster Quest” will be activated by the host.・The  guest
will start from a state where the degree of intimacy with the monster has been reset.
On the

After leaving the room, when the floor is reset, you can take over the dimensional labyrinth you were progressing in multiplayer. , You can also resume the original data by taking over the materials for various synthesis.
*As a guest, in a room where you have conquered the same floor as your own highest reached floor, if the floor progresses, the highest reached floor will also be updated.

About the intent of the ver1.23 fix
Regarding the rewards for certain strains
The amount of “Dragon’s Treasure” that can be obtained in highly difficult strains such as “Defeat the boss”, “Defeat all bosses”, and “Defeat all enemies” ” increased. We have also made adjustments to make it easier to drop equipment that has a powerful chaos effect.

With this fix, the above-mentioned high-difficulty strain will be in a state where “Ryuoh’s Trial” is imposed as an internal specification (since it is only an internal specification, if “Ryuoh’s Trial” is not set, “Dragon King’s Trial “will not be activated in the strain)
This not only increases the number of “Dragon’s Treasure” acquisitions, but also makes it easier to drop equipment that has a powerful chaos effect, so you can earn Dimension Points, etc. Please try it while watching the situation.

drop rate for all items regardless of “Magic Essence” will increase as you progress through the floors.

Regarding ease of obtaining
“Job Mark” We have eased the way to obtain “Job Mark” to make it easier to obtain.
Originally, we designed “Job Marks” so that they could be obtained in large numbers in multiplayer, and were designed as one of the elements to encourage multiplayer.
However, with the addition of “Synthesis”, the importance of “Proof of Job” has increased, and the frequency of resource depletion has increased if you continue to play as before . we have decided to relax the availability of the item, as we believe that it is more important to be able to obtain it by playing the same way as before without any inconvenience, and it is more important to become a lead for multiplayer as described above .

We are taking the following three steps to mitigate this.
– Further increased the experience rate when the mission level increases.
This will not only make it easier to raise job levels, but it will also increase the frequency of obtaining “Job Proofs” that can
-When acquiring “Memories with Monsters” in “Monster Raising”, it is now possible to obtain proofs for every two jobs that are the conditions for “Monster Quest”. -Changed
so that random “Job Marks” appear in normal treasure chests in “Labyrinth of Dimensions”.

I’m very sorry that I was forced to force a cramped play style due to lack of adjustment here.
We will continue to work on this so that you can continue to enjoy this work for a long time, so please wait for the next update.

▼Common to all platforms
[Additional functions]
●Details related to blacksmithing and equipment
・Unidentified relic equipment can now be dismantled .

●Contents related to special effects
・Changed so that when relic equipment is equipped, if the main phantom beast’s protection is not set, it will be set automatically.

●Details about “Dungeon Labyrinth”
・Increased the amount of rewards for “Dragon’s Treasure” that can be obtained from strains set to “Defeat the boss”, “Defeat all bosses”, and “Defeat all enemies”.
・When obtaining “Memories” with Monsters”, it is now possible to obtain “Proof of Job”.

Enemy-related details
・The following adjustments have been made to the
monsters summoned by the Lich -The level of the summoned monsters has been set to an upper limit
-Depending on the number of members participating in the battle (whether single or multiplayer) , changed the upper limit of the number to be summoned

[Fixed bugs]
・Fixed a bug that prevented progress when certain conditions were met in the Tiamat battle that occurred in the “Labyrinth of Dimensions”.

an issue where you could enter a room created in the Dimensional Labyrinth using “Room Search (Automatic Room Entry)”.

.Fixed an issue in which monsters would burrow into the floor in the mission “Defeat all enemies” in the “Dimensional Distortion”Undersea Temple.

– In the “Labyrinth of Dimensions”, if a specific monster’s “Monster Bell” is set in a distortion such as “Defeat the boss” or “Defeat all bosses”, the specific boss will not be selected. fixed.

-Fixed an issue where monsters did not change form when certain conversations with monsters were skipped.

・Fixed an issue where Zantetsuken’s weakening effect would not activate when summoning Gilgamesh with “Monster Bell”.

・Fixed an issue where the required amount of “Anima Crystal” due to the level difference when performing “Synthesis” was not the current level, but the level at the time the equipment was acquired.

・Fixed a bug where the pre-input of the combo ability remained when the chain was canceled.

・Fixed a bug where Lance Hurler Mastery was released and Soul Burst did not occur even if the HP was reduced to 0 with “Sonic Hurler” of “Spearmanship”.

.Fixed a bug where the sword combo ability “Orotsuki” may not hit when the attack speed is increased due to Haste.

・Fixed an issue where after using the Gladiator job action “Warrior’s Cry”, if the combo ability set in the “After Successful Just Guard” slot was “Enemy Skill”, it wouldn’t activate.

・Fixed an issue where Berserker, Desperado , and Viking’s job aptitude bonus 600% “Memory of the Fierce Seeking Battle” was active, and when Soul Burst was performed with HP set to 0, it would not activate.

・Other minor bugs have been fixed.

Please try the update and enjoy playing.
Thank you for your continued support of this work.

Previous articleResident Evil Re:Verse Update 1.03 – Patch Notes on November 17, 2022
Next articleThe price of the dollar in Egypt continues to break new highs against the pound