Summertime Season 2 Premiere Recap: Summer and Edo’s Big Plans and the Return of Ale — Plus, Grade It! 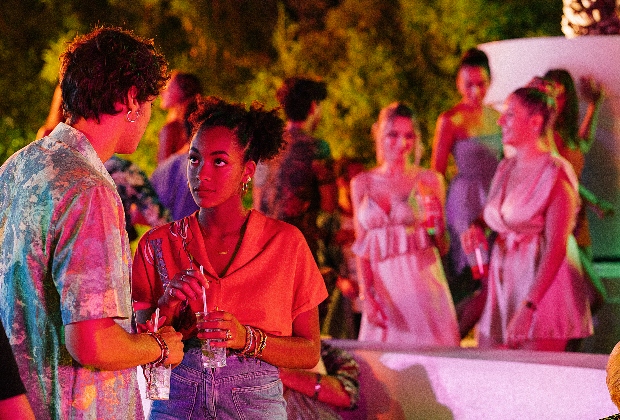 The song says “the livin’ is easy” during the season of sun and fun, but things are about to get difficult for the titular character in Season 2 of Netflix’s wildly popular Italian soap Summertime.

The season opener starts out breezily enough on the country’s Adriatic Coast. Summer and Edo are a couple now — who didn’t see that coming? — and as they embark on their post-high school lives, the two decide they will attend college together in Paris. Edo even gets his own place on the beach: just an awesome little love shack his father used to rent to tourists, so that he and Summer can spend more time together.

But a storm begins to brew when Ale and his racing partner/girlfriend Lola lose their motorcycle race, and their team manager, who is also Lola’s dad, urges them to enjoy the weekend and recharge with a visit to the coast. Suddenly, Dario says Ale might be dropping by the summer jam everyone is attending to celebrate their high school graduation. Edo doesn’t know this, but Sofi warns Summer, who wastes no time worrying about running into the dude she used to be madly in love with before he dumped her to professionally pursue motorcycle racing. Ahhh. Young love.

Ale returns home to the coast and introduces Lola to his parents. While at dinner, Ale’s dad picks a fight because Lola mentions that her father doesn’t always understand her dreams. Ale and his father bicker, and Ale and Lola leave. Ale scolds Lola for bringing up her dad woes in front of his dad, and Lola storms off. While walking on the boardwalk, Ale runs into Summer, who is trying to find Edo and the summer jam. They stare into each other’s eyes, and the chemistry is off the charts. Feeling all the feels for Summer, Ale asks how she’s been, and she walks away. 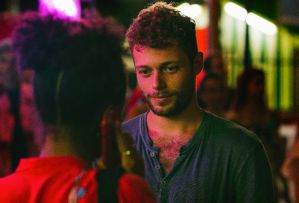 Summer finds Edo, and they hug and chat, but their joy is short-lived because Ale, who has just made up with Lola, saunters into the party and introduces everyone to his new boo. Edo senses the tension and asks Summer if she wants to leave, but she says no. Dario delights in the awkward energy and Summer and Lola’s uncomfortable introduction, but stops chuckling mischievously long enough to suggest that everyone dance. Summer and Edo and Ale and Lola and Sofi and Irene all make their way to the dance floor to bop and twerk their troubles away.

And everything seems fine until Ale pulls Lola close so he can longingly steal a glance at Summer just as she wistfully stares right back. Uh-oh.

Give the Summertime Season 2 premiere a grade in our poll, and tell us if you’re #TeamEdo or #TeamAle in a comment below.