Throughout both his playing and coaching careers, John Duffy has always found himself coming back to Leigh Centurions.

The former half-back had three spells with the club, making over 200 appearances in total spanning both the Centurions’ final years at Hilton Park and the move to Leigh Sports Village.

Having cut his teeth as a head coach with Swinton Lions and then Featherstone Rovers, Duffy was lured back to Leigh in that role for the 2019 Championship season – an opportunity which he was always going to find tough to turn down.

“I just feel at home here,” Duffy, who will be overseeing Leigh’s return to Super League in 2021, told the Golden Point Podcast. “When I first came here everyone looked after me, the club got me a job straight away and it just felt like home.

“I always kept in touch with everyone when I wasn’t with the club and ended up coming back a couple of times and finishing my career here.

“It’s always been a family-based club, which is big for me, and I’ve always been looked after here.”

Growing up in nearby Ashton-in-Makerfield, Duffy’s loyalties as a young rugby league fan were split between watching Leigh and Wigan, the team who the Centurions face on Friday night in their Super League season-opener. 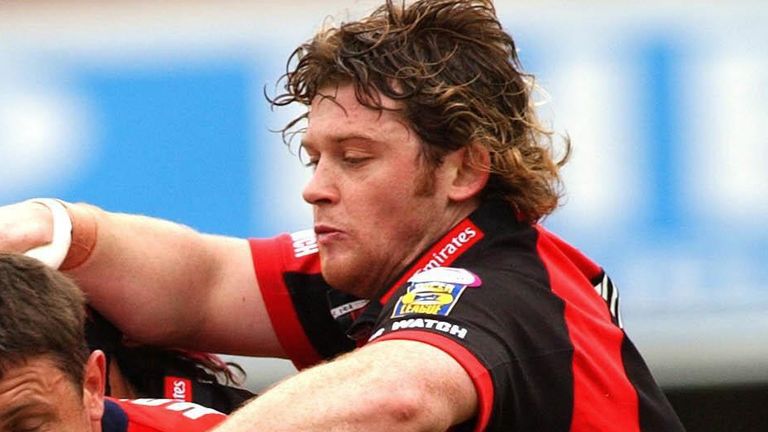 When I first came here everyone looked after me, the club got me a job straight away and it just felt like home.

But it was at Warrington Wolves where he got his first experience of playing at professional level, making his first start at the tender age of 16 in a 38-18 defeat against London Broncos in 1997.

That made him, at the time, Super League’s youngest debutant, although Duffy admits now it was perhaps not the ideal way to start his career despite enjoying the challenge.

“It was exciting but very daunting – it was a great experience for me,” Duffy said. “I’d not long finished my exams at school and I think I might have had a French exam still do at the time.

“I got thrown in at the deep end, which is great, but it was a real learning experience for me playing against men.

“It was a really good experience, but I think I would have changed it and it could have been done a bit smarter with myself to maybe ease my way in rather than.”

Duffy went on to enjoy a 15-year playing career which, along with his Warrington and Leigh stints, included stops at Widnes Vikings, Whitehaven, Salford and the now-defunct Chorley Lynx.

During that time he saw the old-school ways of trips to the bookies or the snooker hall after training gradually replaced by an increased focus on sports science, improvements in strength and conditioning techniques, plus players focusing on gaining qualifications or setting up businesses outside of rugby.

For his part, the 40-year-old always knew his future lay in coaching. Indeed, he had coached at community club Wigan St Patricks and was part of Scotland’s staff for the 2013 Rugby League World Cup prior to taking on his first professional head coach role with Swinton. 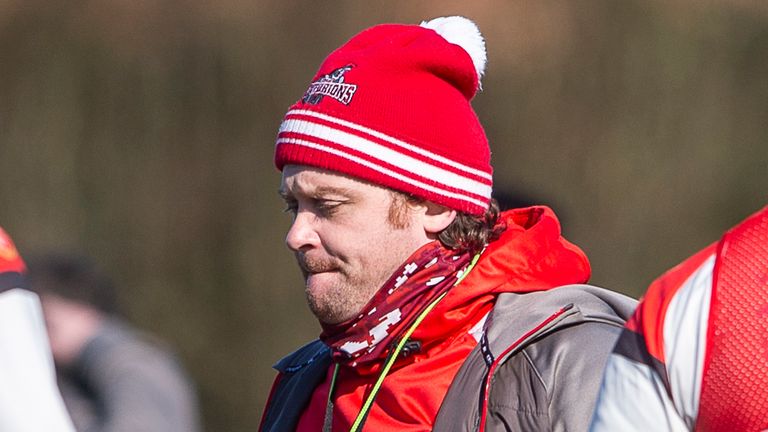 It’s been a really tough pre-season to get us up to the standard we need to be and hopefully we can give a good account of ourselves.

Preparing Leigh for the 2021 Super League season when their promotion from the Championship as Toronto Wolfpack’s replacement was only confirmed mid-December is a challenge unlike any Duffy has faced before.

But with owner Derek Beaumont having already made money available to add players with top-flight experience to the squad before the decision was made, Duffy is confident the Centurions are well-placed to be competitive this year.

“Our plan was to try to get a squad with as much Super League ability as possible,” Duffy said. “Derek has pumped a lot of money into the club over the years and he really wanted to go for it in the Championship.

“So we wanted to get the best squad we could for that and if we did get the nod to go up we could just add value, and hopefully have a squad good enough to compete week in, week out in Super League.

“I think we’ve got a great squad now, but the lads have all bought in through pre-season. It’s been a really tough pre-season to get us up to the standard we need to be and hopefully, we can give a good account of ourselves.”