The Rhinos ran in six tries and Salford had two players sent to the sin bin in what turned out to be a one-sided contest in Super League on Friday.

Leeds raced out to a 20-0 lead at half-time and, despite the visitors scoring three times in the second half, the hosts never looked troubled.

A double from Kruise Leeming helped Leeds overwhelm Salford 38-16 at Headingley in the Betfred Super League.

Salford had Tui Lolohea yellow-carded for dissent and then Seb Ikahihifo was also sin-binned after running in to join a melee, leaving the Red Devils with just 11 players on the field.

“Our discipline has cost us the game – that’s what’s happened,” Marshall said, with his side also conceding a significant number of second-half penalties.

“We did it three weeks ago against Leeds and we’ve done it again. It’s a simple lack of respect for the game, the ball, for the referee.

“I’ve never ever seen a referee, when someone answers back, change his decision – that never happens. So, we have to be responsible for that. 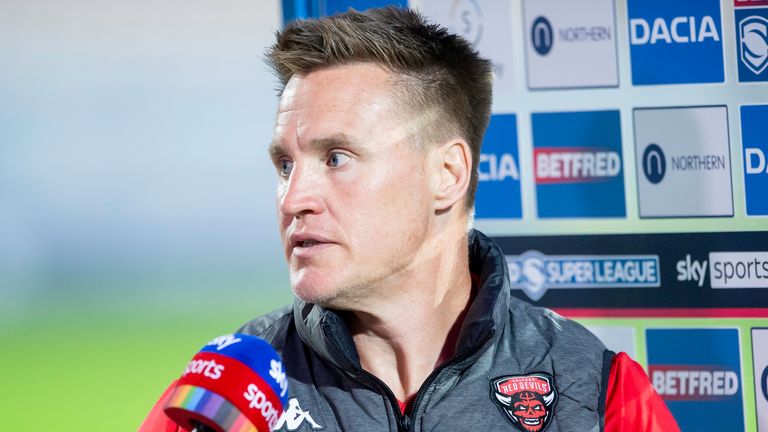 The best teams in the competition have a real strong discipline. We’re at the bottom of the table, or nearly enough, and we need to be better in that regard.

“Me as head coach, I have to make sure my lads when they get out there know it’s ‘yes sir, no sir, three bags full sir’ – that’s how it has to be.

“The best teams in the competition have a real strong discipline. We’re at the bottom of the table, or nearly enough, and we need to be better in that regard.”

Newman, only recently returned from 10 months on the sidelines with a broken leg, crossed early on and had a hand in several other tries. 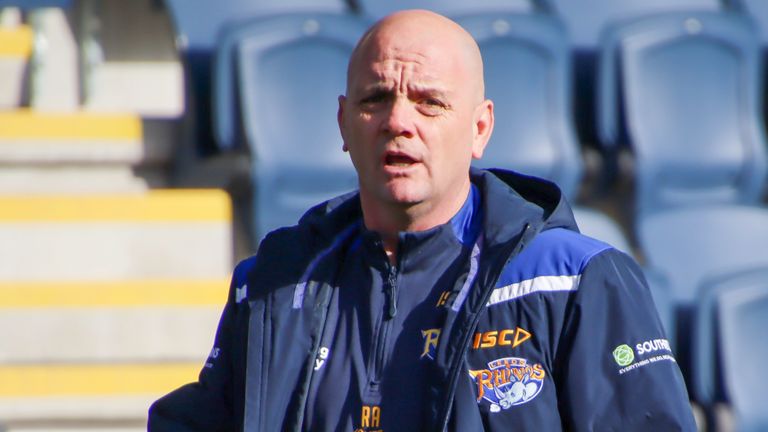 We had a good energy about us in the first half and I thought the crowd played a part in that.

“Harry is electrifying when he touches the ball,” Rhinos head coach Richard Agar said of the 21-year-old.

“He’s not back to his best yet and I’m pretty certain it might be a while before we see him at his absolute peak. But still he’s such a threat, whether he’s coming back against the grain with his footwork, with his early balls, he’s so strong and quick.

“It’s just brilliant to see him back on the scoresheet and I think last week did him the world of good. It wasn’t a great performance by us against Catalans, but for him to get through long stints of game-time in a tough game, even coming into this game tonight he was saying how much better he felt.

“He’s still down on match fitness but we’ll get him there.”

Agar praised the influence of the Headingley crowd too, with more than 10,000 fans in attendance.

“We had a good energy about us in the first half and I thought the crowd played a part in that,” Agar said. “We had a really solid first-half performance. We scored some great tries.

“Kruise Leeming was wonderful in some of the stuff he did, but then undid some of it with some uncharacteristic errors. But at 20-0 at half-time we were good value for it.”

O Nasr, play away … the Brigadier has held you back