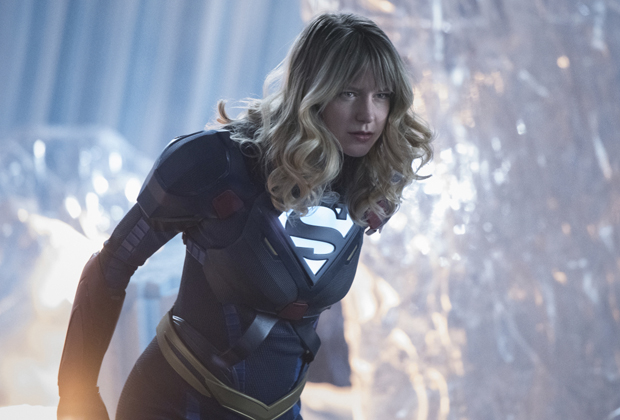 Kara, you in danger, girl.

Supergirl rang in its final season premiere with twists, turns and a new threat for our Girl of Steel. Tuesday’s episode, titled “Rebirth,” saw the Super Friends defeat Gamamnae, revive a dying Brainy and reverse the harm Lex caused after using the Obsidian platform to brainwash half the world into becoming devout followers.

Unfortunately for the team, their victory came at a high price: Kara was sent back to the Phantom Zone because Lex is still a supremely evil guy, despite his entertaining antics. The episode wrapped with Supergirl lying on the ground unconscious as a group of Phantoms — who give the Phantom Zone its name — closed in on her.

Without Supergirl’s exact location, the Super Friends have an impossible task ahead of them if they ever hope to see their leader again. For Kara, her banishment will be a test of willpower and inner strength as the Phantoms mess with her mind.

“One of the things that they do is they take people’s hope away from them and give them nightmares,” co-showrunner Robert Rovner tells TVLine. “Her journey there is trying to find hope and a way out in a situation that seems quite dire to her, as it does to the people back in National City. Her friends and her family [are] trying to rescue her at all costs.”

“As you can imagine, there are very strong parallels to what we’ve all been through with COVID,” adds co-showrunner Jessica Queller. “Being trapped in the Phantom Zone alone, isolated with your own thoughts and fears, having no idea when you’ll ever be able to get out and see your family and loved ones again, we’re hoping it’s something that will resonate with viewers.” 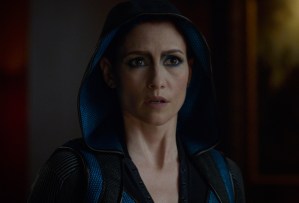 With Supergirl lost in the Phantom Zone, the Super Friends will be left to pick up the pieces. As we saw in the premiere, they’ve covered for Kara at CatCo, explaining that she’s with Cat Grant chasing a story. But as time passes and they’re still unable to find her, hope will start to fade for some.

“I think it’s a very emotional arc for all of them,” Rovner explains. “They really don’t know if they’re going to be able to rescue Kara. They start out hopeful, but really struggle with it, especially Alex with the thought that her sister might not make her way back.”

According to Queller, the uncertainty of Kara’s return brings about feelings of “grief, hope and despair.” Though Alex will struggle with her sister’s absence, she’ll at least have Kelly to lean on while processing these complex emotions.

“She’s very united with Kelly, who is helping her, along with the rest of her extended family, shoulder what she’s dealing with. But it brings Alex to a very dark place, as she is faced with the reality that she might never get her sister back.”

With Alex, “it’s been her MO her whole life to protect her sister,” Queller notes. “That’s why she went into the DEO, and that’s why she’s pretty much done everything she’s done in her life. So the feeling of helplessness brings, in the early episodes, a bit of existential despair. The one thing that was her life’s mission to do, if she’s not accomplishing that, then what does it all mean?”

Meanwhile, Lex is back to being human and will soon be faced with the consequences of his abhorrent actions. Rovner says the mega villain’s trial, which comes up in Episode 2, will be “fun to watch.” It will also force his sister Lena to figure out her place within the family.

“She still has her toe in the world of the Luthors, and I think she’s torn between allegiance to family, not her allegiance to Lex,” Rovner explains. “And can she ever break away from that? It’s an interesting dilemma for her, and how does she really free herself from her brother?” 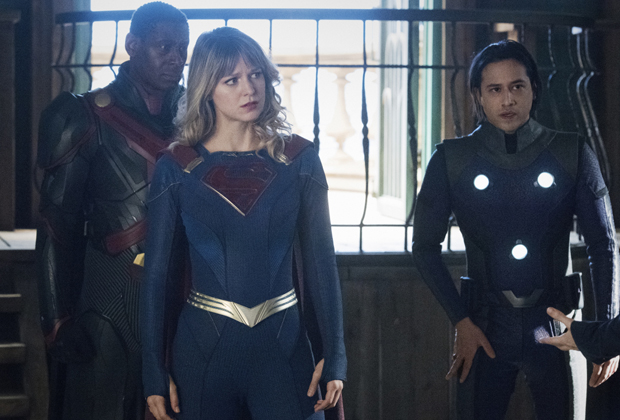 One less thing Lena will have to worry about is where she stands with Kara. Before Supergirl was sent to the Phantom Zone, both Lena and our hopeful hero admitted they were ready to finally make amends. According to Rovner, this road to fixing their relationship will continue if Kara ever makes it back to National City.

“Lena’s definitely Team Supergirl and Team Super Friends, and I think that they’re both looking forward and not looking back. They meant it when they said that they were going to try to repair their friendship,” he notes.

In the show’s final run, the Super Friends will focus on getting Kara back and that will come with its own complications, especially if the Phantoms decide to turn their eyes on Earth.

“Supergirl is facing the Phantoms in the Phantom Zone, and that might be what the Super Friends are facing as well in National City,” Rovner teases.

“Those Phantoms get around,” adds Queller. “The Phantoms just might want to wreak some havoc on Earth.”

Give the Supergirl premiere a grade in our poll, and then hit the comments to share your thoughts.