Himesh Reshammiya’s third studio album titled, ‘Surroor 2021, is out with its title track and within 24 hours, the song has racked up a whopping 8 Million hits. Singer Himesh took to his social media profile and dropped the title track. He captioned it, “Surroor 2021 title track is out now on Himesh Reshammiya melodies youtube channel, give it all your love, Jai Matadi let’s rock…surroor girl @uditisinghh #surroor2021 #surroor2021titletrack #himeshreshammiya #uditisingh #himeshreshammiyamelodies” A song about the intoxication of love which resonates in every heart and every lover who has been in true love! The song is directed, composed, written, and sung by Himesh Reshammiya. The video stars Himesh along with Hear Singh.

Also Read: Alia Bhatt had a lot to catch up with her besties

It’s safe to say his release took the internet by the storm as netizens couldn’t stop talking about it on every social media platform. On the work front, Himesh is currently a judge on the singing reality TV show ‘Indian Idol 12’ along with Neha Kakkar and Anu Malik, who had replaced Vishal Dadlani on the show. The ace music composer made his debut in 1998 working on two songs for the Salman Khan film ‘Pyaar Kiya To Darna Kya’. Owing to his talent, both the songs saw success among audiences. After that, he went on to compose hits for the films ‘Bandhan’ and ‘Hello Brother’, however, at this stage, he had still not gotten a project as a solo composer. The film ‘Dulhan Hum Le Jayenge saw Reshammiya take the lead as the sole composer. Later, when he composed music for ‘Humraaz’, he catapulted to fame as his work earned him a nomination Filmfare Award for Best Music Direction. His first studio album, ‘Aap Kaa Surroor’ sold a whopping 5 million copies and went on to become one of the highest-selling albums in the country. 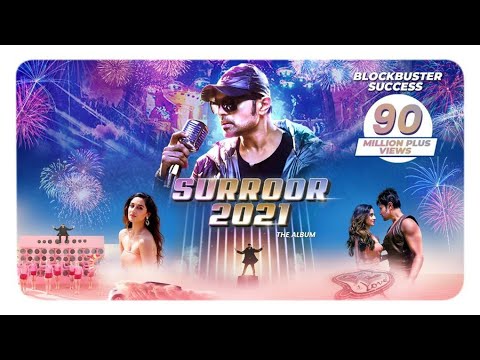 Maera Mishra Confirms Bigg Boss OTT But Is Angry Over Being Referred To As ‘Adhyayan Suman’s Ex’: “There’s Someone Else In My Life, He...

When Mahesh Bhatt Said, “I’m The Bast*rd Child Of A Single Muslim Mother” On Missing A ‘Father Figure’ In His Life

Bhumi Pednekar: “I Am Not As Bad A Cook As I Assumed I Am”