Taarak Mehta Ka Ooltah Chashmah has been ruling the TV and the audiences’ hearts for nearly 13 years now. All the actors of the show like Munmun Dutta, Amit Bhatt, Disha Vakani, Dilip Joshi and many others have become household names now.

Disha, who played the role of Dayaben on the show, has earned a special place in the audience hearts. The actress has been away from the small screen for nearly 4 years now and fans miss her dearly. There have been several rumours that she is returning to the show but there are no signs of any of it being true. Even producer Asit Kumarr Modi doesn’t have a sure shot clarification on the same.

Amidst these rumours, an old video of Disha Vakani has resurfaced on the internet in which she is seen in a completely different avatar. In the video, the actress is seen performing a Koli dance as opposed to the Garba which she had performed on Taarak Mehta Ka Ooltah Chashmah.

Disha Vakani is seen dancing the Maharashtrian folk dance on the song ‘Dariya Kinare Ek Bungalow’ from the film Sabse Bada Rupaiya. The actress is wearing a golden skirt and backless top and plays the role of a pickpocket. In the video, she is seen stealing a wallet from a cop and runs to a fishermen’s settlement where the song begins. Take a look at the video below: 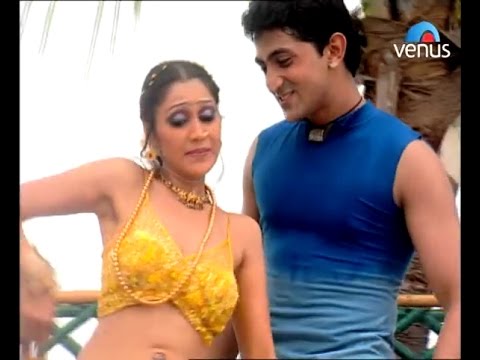 Previously, Disha Vakani’s marriage pictures went viral on the internet. The actress got married on November 24, 2015, to a charted accountant named Mayur Pandya in a traditional Gujarati wedding ceremony. She was seen draped in a traditional red-white saree and wearing heavy gold necklaces. TMKOC actress was also sporting an armlet and a few red chudas which are an essential part of a bridal outfit.

What do you think about Taarak Mehta Ka Ooltah Chashmah’s Disha Vakani’s viral video? Let us know in the comments.

. Ramayan Star Chandrashekhar Passes Away At 97, Funeral To Be Held Later Today

Namit Das On ‘A Suitable Boy’ Completing A Year: “The Show Will Always Be Alive”

Aditya Narayan Shuts Indian Idol 12 Trolls For Once & All: “If You Have Hate Inside, You’ll Only Talk Dirty…”